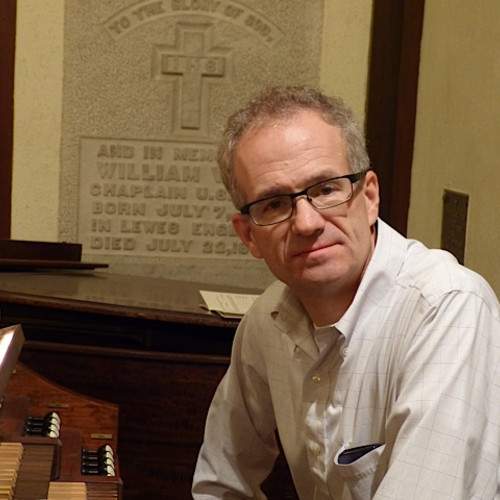 WFIU's Featured Artist for the month of March is organist Bruce Neswick. An active recitalist, composer, conductor and teacher, Neswick joined the faculty of the Indiana University Jacobs School of Music as an associate professor of music in the fall of 2011.

Prior to his position at IU, Bruce Neswick maintained an active and prestigious career in church music. He has held appointments as the director of music at the Cathedral of St. John the Divine in New York City, the canon for music at the Cathedral of St. Philip, Atlanta, assistant organist-choirmaster for the Girl Choristers at Washington National Cathedral, director of music at St. Albans School for Boys and the National Cathedral School for Girls, and organist and choirmaster at Christ Church Cathedral in Lexington, Ky.; Holy Trinity Anglican Church in Geneva, Switzerland; and St. Paul's Cathedral in Buffalo, N.Y.

As a composer, Bruce Neswick's organ and choral music works have been performed and recorded by numerous ensembles throughout the United States, including The Choir of St. John's Episcopal Church, Washington D.C. and the vocal group Gloriae Dei Cantores. His music is published by Paraclete, Augsburg-Fortress, Selah, Vivace, Plymouth, and St. James' presses.

Recognized for his refined skill at improvisation, Neswick has given recitals throughout the United States and Europe and has been a featured performer at numerous national and regional conventions of the American Guild of Organists. He has recorded the organ works of Marcel Dupré for the Naxos label and his 1995 release for Raven Records includes works by Sowerby, Scheidemann, Bach, Distler and Hancock. Highlighting his talent at improvisation, the recording also features an improvised organ suite.

Neswick was awarded first prizes at the San Anselmo Organ Festival, the Boston American Guild of Organists' national convention, and the Rochette Concours at the Conservatoire de Musique in Geneva, Switzerland. A Fellow of the American Guild of Organists, he has served the organization as chapter dean, regional education coordinator, member of the national nominating committee, and member of the national improvisation competition committee.

WFIU will feature performances by Bruce Neswick in our classical music programming throughout the month of March.