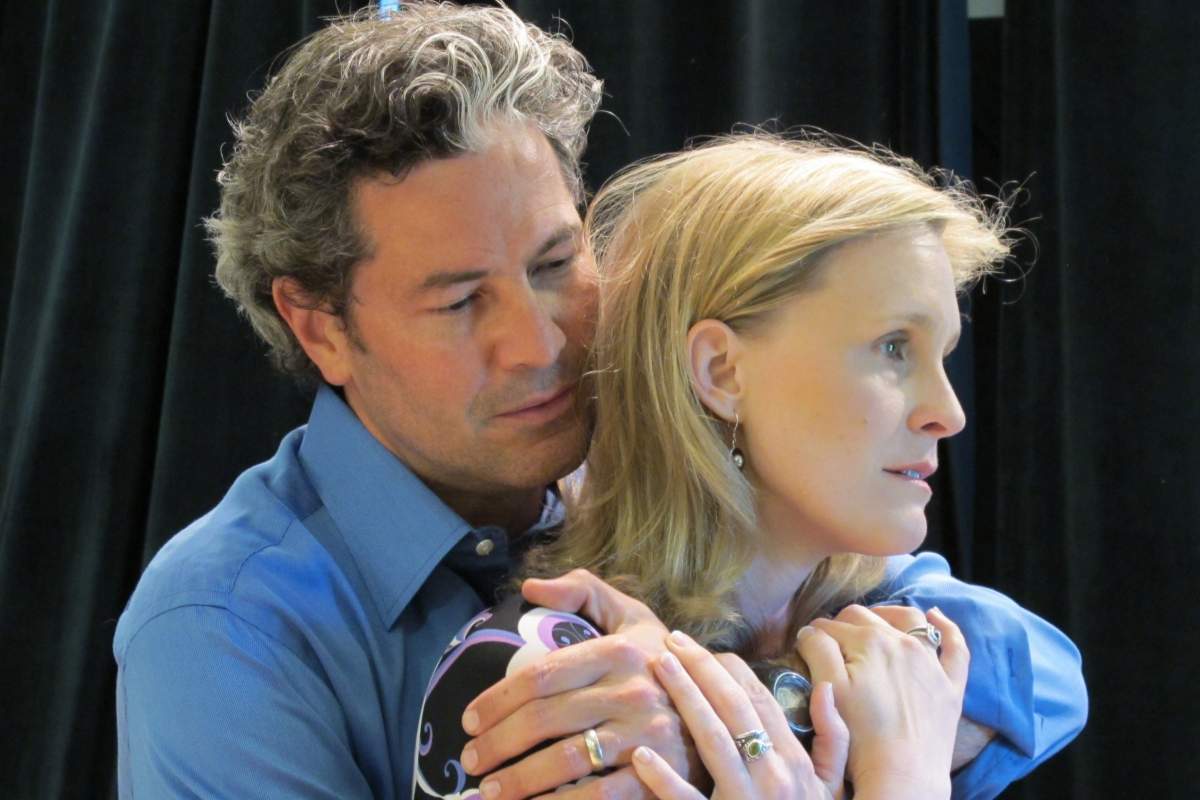 The ever engaging Bill Simmons played Eric Weiss. He's the boy who escaped from Brooklyn to Manhattan but came back to it for his best selling autobiographical novel.  Eric's moments of hard fought for success are bittersweet. His curmudgeonly critical father played by a gruff Ken Farrell is dying of cancer. His understandably and sympathetically frustrated wife played by Catherine Du Bois is divorcing him.

In the hospital cafeteria Eric runs into a childhood friend, Ira Zimmer, played with a noodging warmth by Richard Massery. While Eric escaped Brooklyn for Columbia University,  Ira stayed, worked and inherited the delicatessen that his grandfather and father ran. Ira has a wife, four children, a solid place in the neighborhood business world and in the Jewish culture of his synagogue. Eric is childless, an independent writer, angrily away from any contact with the religion that the two grew up in.

The exhausted Eric is on a mind numbing book reading and signing tour when he picks up a media groupie played with a charming almost worldly, almost innocence by Courtney Lucien. It's an evening back at his hotel room where nothing happens, but a lot of interesting ground is covered as relatively clueless youth meets relatively knowledgeable age.

Eric's tour ends with a darkly comic visit to a Hollywood producer played with brash control by Beverly Roche. The studio wants to have a rising young stud actor, played with jaw dropping  ignorance by Thomas Beaver to play Eric. And they want Eric's best friend the very Jewish Ira, to be played by an African American. Eric, with a combination of anger and bemusement simply gives up and leaves.

The final scene as Eric packs up the remaining mess from his father's apartment is a nicely orchestrated set of surprises that on reflection have all been carefully prepared as the play ends.

The Jewish Theatre of Bloomington's production of Brooklyn Boy  directed by Mark Kamie with set design by Dan Tracy and costumes by Judy Downey presents a nicely varied, attractive and sympathetic set of characters in a warmly human and frequently funny series of scenes that add up to a thoughtful story with some touches of wisdom.