The Breeze Bends The Grass 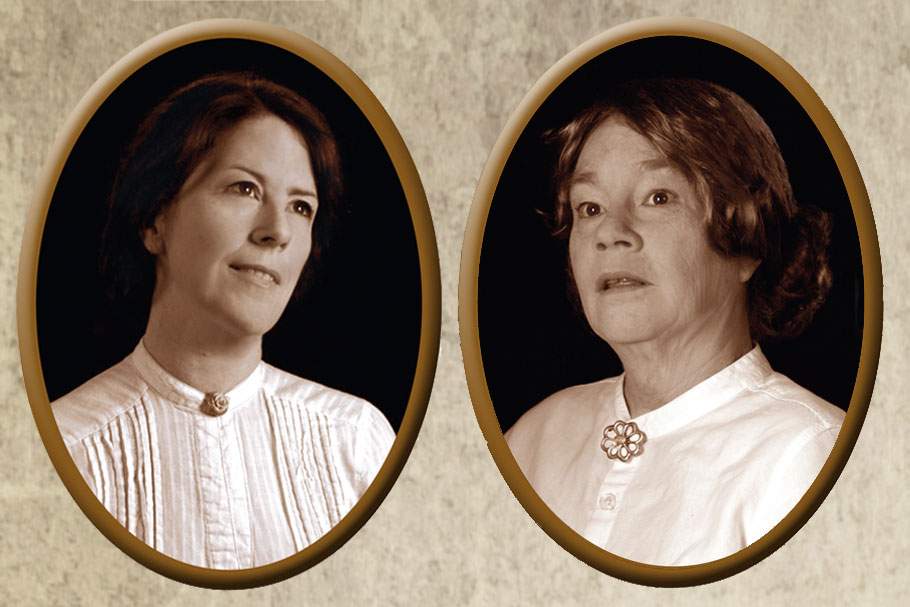 The Breeze Bends the Grass is a quote about an artist's search for designs from nature. It's also the title of a musical by composer Krista Detor and author Hester Hemmerling. The piece that portrays Selma Steele, Janet Bowles, Marie Goth and the Overbeck sisters, area Indiana artists who worked as the 19th century turned into the 20th.

"It grew out of the insistence of a docent at the T.C. Steele Memorial that someone should pay more attention to Selma Steele the wife of T.C.," says writer Hester Hemmerling. "Marsha Bradford, just would not take ‘no' for an answer. So I started to dig into her story and looked around for others from the same time."

Selma Steele was the young wife of T.C. Steele and is known for the garden design at the site, but Hemmerling portrays her as much more than a "household drudge who raised a few flowers." In addition she researched metal smith Janet Bowles, painter Marie Goth and the pottery making Overbeck sisters.

Hemmerling enlisted friend and composer Krista Detor. "We had been talking about doing a project together and I persuaded her and some other friends to put on a readers' theatre piece."

Detor picks up the story, "We put it on at T.C. Steele on Father's Day of 2011 and even though Hester insisted on including a ten century history of women in the arts it was a real success." This led her to encourage Hemmerling to expand the piece. "I'd already written quite a lot of music and I thought that a show with more emphasis on the characters and their stories with a little less of the history would work."

After what Hemmerling says was "a lot more work than even I imagined," The Breeze Bends the Grass will be performed at the Brown County Playhouse on Friday and Saturday of Memorial Day Weekend in a benefit for the Brown County Art Guild and the Selma Steele Garden Fund.