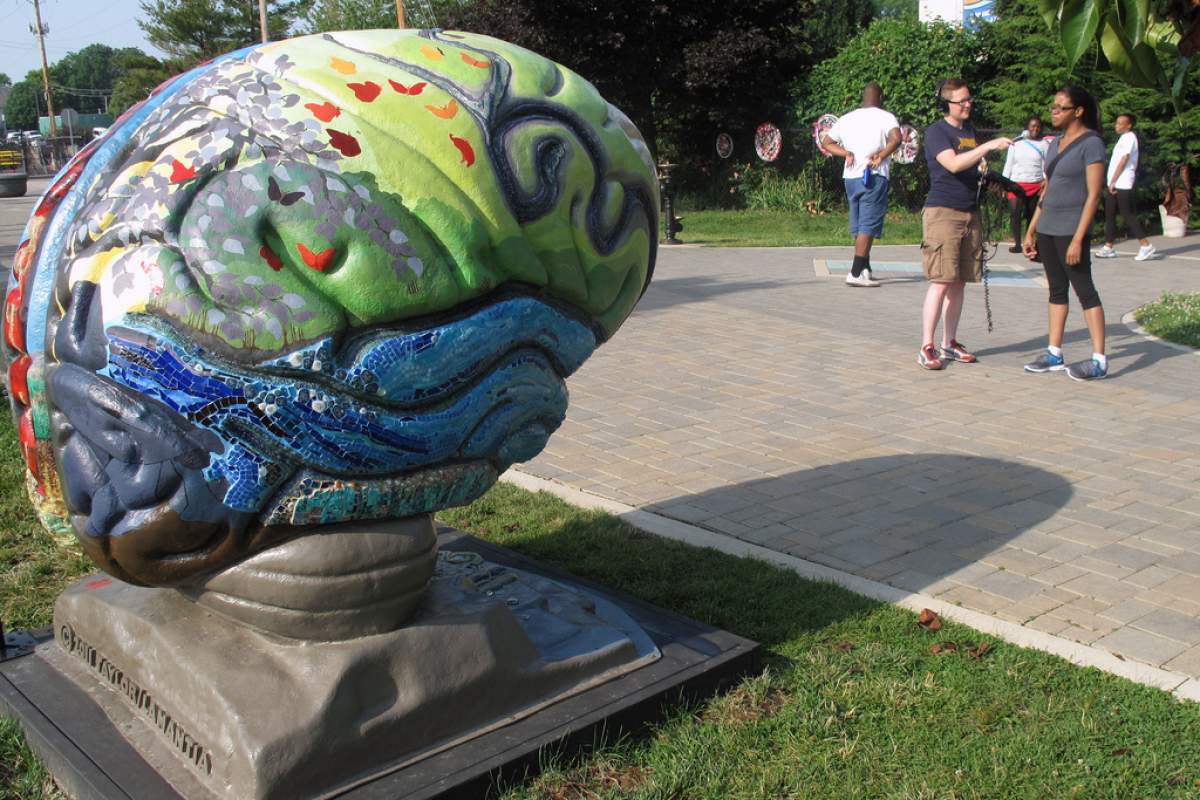 It's been four weeks now that Bloomington residents have been living with the 22 gigantic brain statues installed at various locations around town and on the Indiana University campus.

It took under two weeks for vandals to get a hold of some of the statues. Jill Bolte Taylor says the damage is all part of the Brain Extravaganza project.

But what do community members think?

I like the one by the Waldron Arts Center. That one is music-themed, so the base is made of records and it has headphones on it. It's really brightly colored. It makes you want to listen to things.

It's different and unique, because I like not weird art, somebody puts up a piece of metal and says this is art. So, this is more entertaining to me.

Many passers-by did not realize the sculptures had been vandalized.

I hate to see it. I was telling my wife about some graffiti downtown on Kirkwood. I just don't understand why somebody would do such a thing.

I heard something interesting from Jill Bolte Taylor herself. She said people's brains make them do those kinds of things. So, go figure.

What's On Your Brain?

You should definitely go up close to the brains, even if you're just driving past one and you think there's a brain. It's well worth stopping.

I I think with Indiana University here, Bloomington has been known for its brain power for years. And so what better place to have brains on display than right here in Bloomington, Indiana.