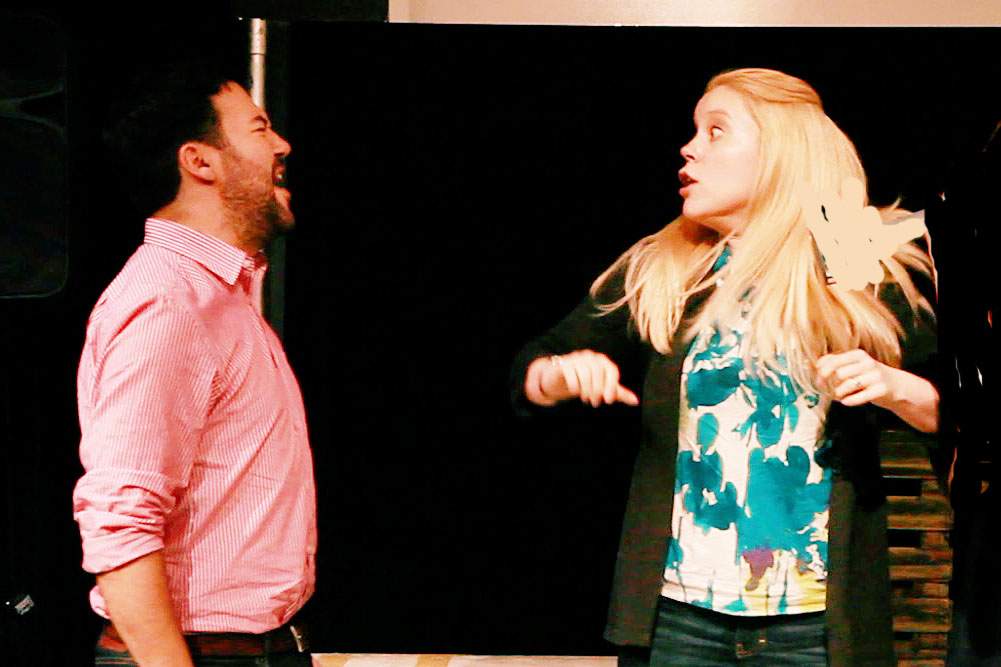 Just when the baseball season is winding down and many fans favorite teams are out of the running, it's time for the PlayOffs at the Bloomington Playwrights Project. This year it's in honor of Ike and Julie Arnove.

"It begins Friday, October 19 at the theatre as Mayor Mark Kruzan tosses me a ceremonial ball," says BPP Co-Chair Robert Arnove. "On that ball are notes about a theme, a prop and a line of dialog. Each of these three elements has to part of the plays written by our nine volunteer playwrights.  Another part of the evening is the ‘draft,' the organizing of teams. We have nine directors and twenty-seven actors."

"Overnight, the nine playwrights have to come up with a script that they present at a Saturday morning breakfast meeting. From there, it's the job of the director and the actors along with the technical staff at the BPP. They have to be ready to go on stage Saturday night at 7:30 and Sunday night as well."

So the process of the PlayOffs is very special for the playwright, director and actors. And it's also special for the audience as well. "Yes," says Arnove. "They get to be critics, to vote for best play and best actor. It is a fund raiser for BPP and if an audience member is so moved they can even stuff the ballot box for an extra contribution. We'll have popcorn, perhaps some clips from old baseball movies and of course a seventh inning stretch with a singing of "Take Me out to the Ball Game"."