The Boy In The Bathroom: Review 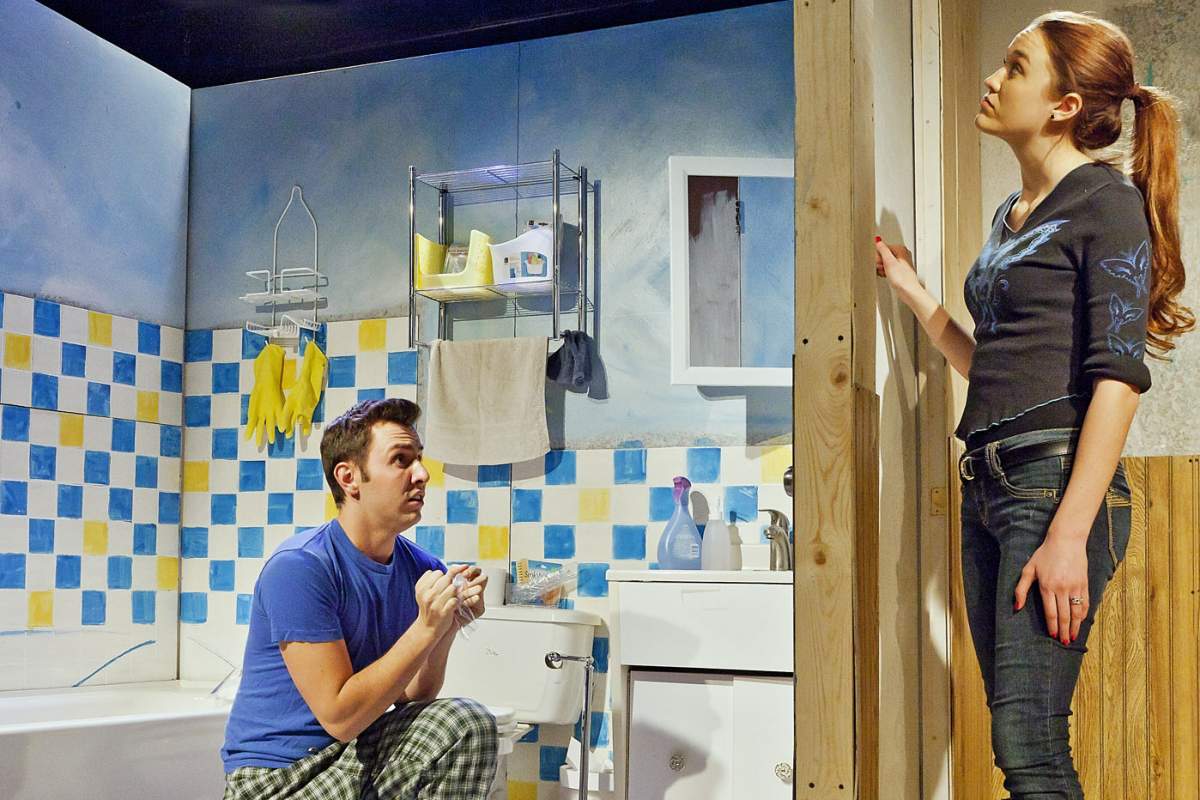 The Boy in the Bathroom at the Bloomington Playwrights Project is a quirky mini-musical. There are just three characters: the boy, played by Evan Mayer; his long-suffering, enabling mother, Lisa Kurz; and a girl who comes to help out, Maddie Shea Baldwin. They're all accompanied by pianist Eric Anderson.

The boy wandered into the bathroom about a year ago and he's been stuck there ever since, refusing to come out. His main occupation has been hand-writing his senior thesis on rolls of toilet paper. Meanwhile, his mother has become an expert at preparing foods like pancakes, tacos, and even TV dinners that are thin enough to slip under the door.

Following the mother's nasty slip on the icy, unshoveled driveway, the girl arrives to help out. In her own way, she's as stuck as the boy. She's a graduate, but she's just drifting. At first she's just irritated by the boy, but in a progression from bad ‘knock-knock' jokes through the slit in the door to chess, cards and even board games, they come to enjoy one another's company, and to explore one another's dreams.

Throughout the play, Evan Mayer makes the boy a very attractive and charming character. Maddie Shea Baldwin holds up her side of things in a bit more complex of a role, as a disappointed, angry young woman. The writing and their acting have the audience rooting for both.

Playwright Michael Lluberes says that he never intended The Boy in the Bathroom to be a musical. "I started it as a play, but it just didn't work. Fortunately composer Joe Maloney had been looking for a project." Audiences are fortunate that it worked out this way. The songs in the play just flow in and out without formal beginnings or endings. My two favorites were both sung by the mother. Lisa Kurz held forth in high comic mode with "Food That Fits Under the Door," and later, in a very different way, in the tragic aria "Full," about the empty core of her life.

The Boy in the Bathroom is a charming, compelling, interesting, and involving little piece, ably directed by Chad Rabinovitz, with set by Shane Cinal and costumes by Scott B. Jones. It plays at the Bloomington Playwrights Project through February eighteenth.