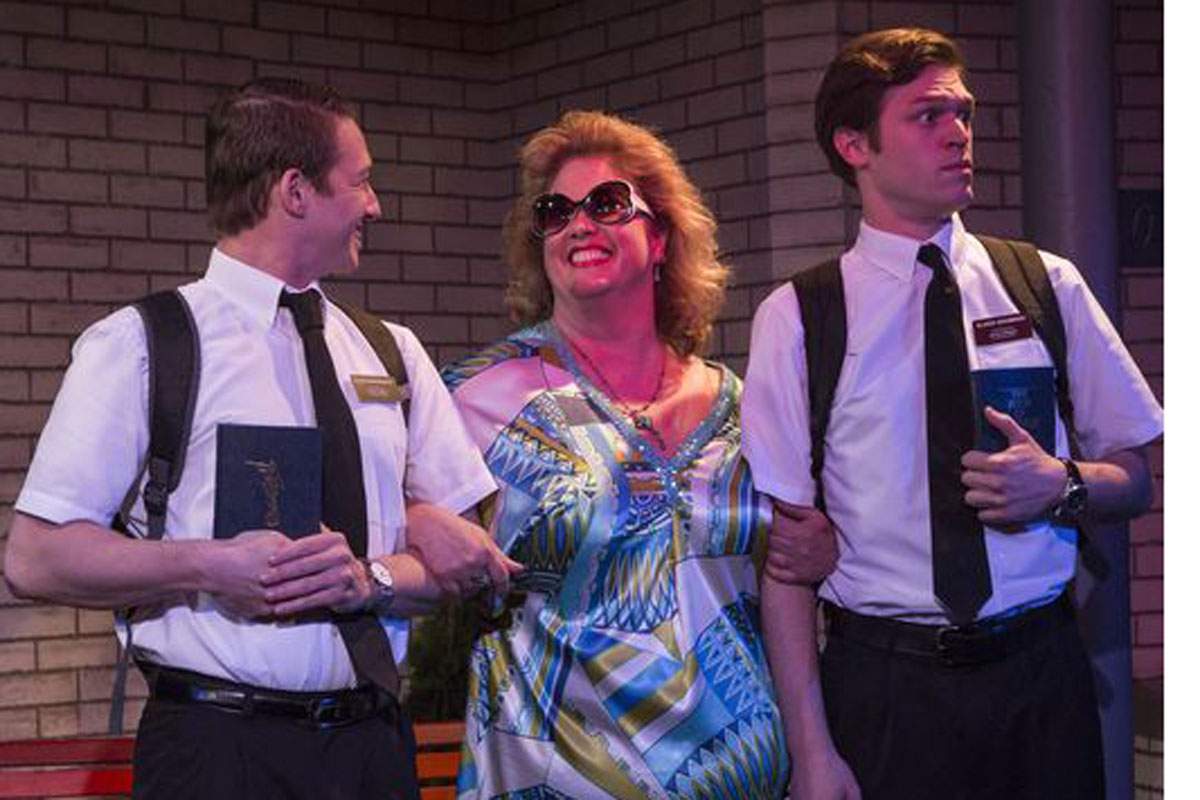 The Book of Merman by Leo Schwartz is currently playing at Indianapolis's Phoenix Theatre.

Yes, the title is a play on The Book of Mormon and on the name of the leather lunged diva Ethel Merman.  The Book of Merman is an intimate charmer, a three character fantasy of a musical.

The production directed by Emily Ristine features Tyler Ostrander and Lincoln Slentz as a couple of engaging, but slightly clueless Mormons on mission. After the pair work their way through the audience of the Phoenix's Frank and Katrina Basile basement space to the stage, they ring the doorbell of Jolene Mentink Moffatt. Moffat is a gracious, welcoming woman who seems to be channeling Ethel Merman.

The Mormons and the audience are gradually smitten.

Is she really Ethel Merman?

The boys have a book that clearly lists her death date as 1984, but as Moffat handles the role, it doesn't seem to matter. During the play we delight in accounts of Merman's triumphs, wince with her as the boys recall her disastrous disco recording from 1979 and even wonder with them if a hip-hop album might succeed today. The Mormons are caught up in her open energy and gradually open up to explore their own inner concerns and emotions.

Leo Schwartz's songs for The Book of Merman range from serviceable to inspired. They are all close enough to Merman's hits to make them reminiscent, but not close enough for copyright infringement suits.

The song "Be a Merman" becomes a bit of an anthem for the characters on stage and even some of us in the audience.