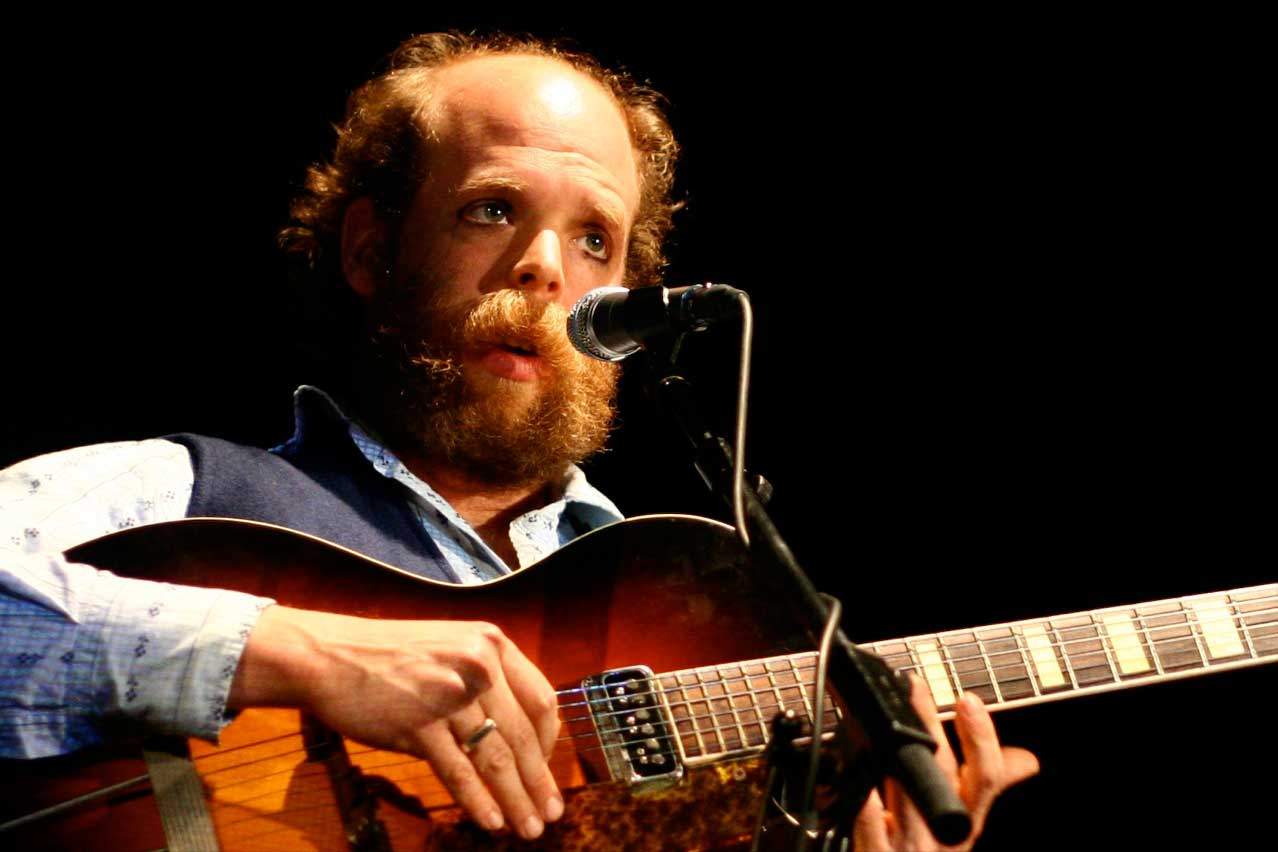 Will Oldham, who performs under the moniker Bonnie "Prince" Billy, has developed a cult following since kickstarting his musical career in the '90s. Known for his for his confessional, neo-folk style and eccentric, world-weary voice,Â Oldham has released 19 studio albums and 17 EPs.Â In advance of his February 17, 2016 BloomingtonÂ concert, Will Oldham spoke to WFIU's Betsy Shepherd about starting his recording careerÂ in Bloomington and hisÂ near-telepathic musical connection toÂ his brothers.

Shepherd: You actually used to live in Bloomington, is that right?

Shepherd: What brought you here?

Oldham:Â My friend Todd Brashear was there at the audio music program at IU. We had been making some music together and we thought we'd make use of his new audio engineering skills and do a little songwriting and a little recording. The two songs that were on the very first 7-inch "Ohio River Boat Song" and "Drinking Woman," and then a song called "For the Mekons, Et. Al," which was released on a Drag City compilation, oh, and a song called "Riding"-all those were recorded in Bloomington.

Shepherd:Â Both of your brothers Ned and Paul play music, and they've performed on your records. Is it harder or is it easier to work with family?

Oldham:Â Easier, for sure. Because we talked about music a lot together, so we had a lot of shared musical experiences and musical vocabulary. And then there is the notorious fraternal meshing of voices-the harmonies that are possible among family members. So there are a lot of things that don't have to be talked out once you're actually in the room trying to make a song happen.

One of the first songs I wrote was about an incestuous relationship there in Bloomington. I think it was making a song about the musical shorthand that we were talking about earlier with my brothers, trying to imagine how far can you take that shorthand. And that's why there are inbred communities, because the logistics of trying to reach beyond one's community can be taxing. And the song goes on to say this is where we've ended up but we didn't really have choice in the matter.

Shepherd:Â Paul actually recorded your album I See A Darkness in you parents' farmhouse, and I was wondering if the intimate feel of that record has anything to do with that atmosphere and with your relationship with your brother?

Oldham:Â My dad and his dad bought a tobacco and sheep farm in the early 1970s. By the mid-'90s, I thought, "I'm going to move into this place," and then at the last minute my younger brother said, "I'm going to move in there, too." So we both lived out in Shelbyville together and he wanted to put his freshly learned skills from the IU program into practice. We were living 45 minutes or so away from Louisville and we didn't have any friends or community out there. It was the first time we ever recorded where we could record any time day or night, in any mood, any state of mind, any state of voice. So I think that's what allows it to sound intimate and yet open and free at the same time. Because it was our space and there was really nothing else to do out there except work towards making this record.

Shepherd:Â Who were some of your singing influences?

Shepherd:Â We've been talking about a lot of musicians from the Appalachian region, and music writers love to point out that you're a Kentucky native, implying that makes you a more authentic folk musician. What do you think about that?

Oldham:Â The main consideration with the term 'authenticity' is whether or not one is what one is representing oneself to be, which I do think is important. But it's not important to be authentic to what somebody else expects you to be.