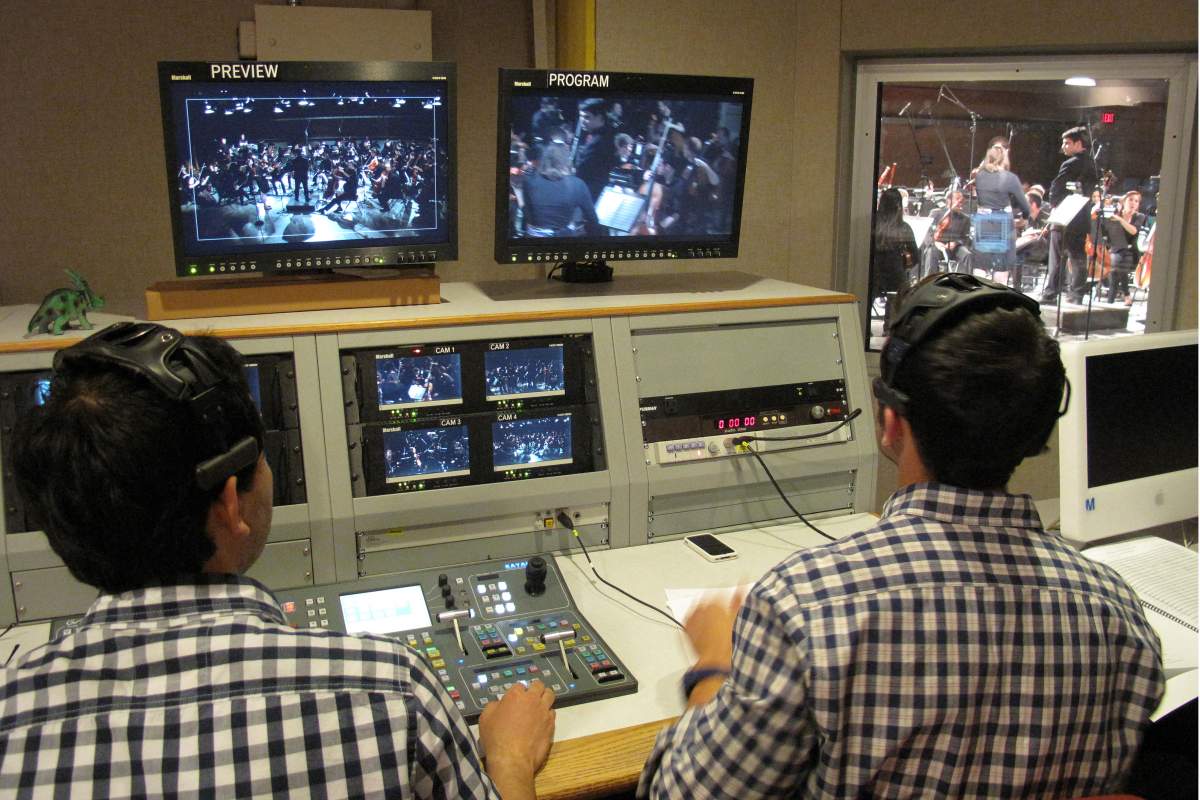 In February, students from the Jacobs School of Music came together to perform conducting student Nicholas Hersh's arrangement of Queen's rock anthem "Bohemian Rhapsody." The unpolished video of that performance went viral.

Now, what was originally conceived as a little more than an encore has taken on a life of its own. Students from the Jacobs School, including 57 volunteer orchestral musicians, and the Department of Telecommunications recently collaborated on a high quality audio recording and a live performance video.

The result of the recording session will be a far cry from the video of the first performance that was posted on YouTube on February 10:

In a couple weeks, the video got over 5,000 hits. "So we realized there are people who want to see this," says John Walsh, a senior lecturer in the Department of Telecommunications. He also teaches the Multi-Camera Performance Production class from which the 12 students working on the project were recruited.

Hersh was looking for a new arranging project when he heard the rock anthem on the TV. It hit him that Queen lead singer Freddie Mercury's voice is in the same range as the viola. Coincidentally, he was set to perform William Walton's Viola Concerto with violist Sarah Harball.

"Nick texted me about a week before and said ‘What if I arranged Bohemian Rhapsody?'" says Harball, "and I said ‘Yes!'" The orchestration was performed as an encore to that concert.

Konrad Strauss, chair of the recording arts department at the Jacobs School and the producer of the audio recording, thinks Hersh did just that. "What he did is a masterclass in orchestral arranging. He used every trick in the book. It's sophisticated, but it fits exactly idiomatically within what the orchestra can do."

Strauss says that for him, what set this aside from the thousands of other pieces that get performed every semester at the Jacobs School is how it marries rock and roll with classical music so seamlessly. He thinks the student musicians agreed, because their excitement during the recording was palpable.

"I think it's a kind of music that's very dear to everyone and they're very happy to bring it into the classical aesthetic," he says.