"Boeing Boeing": It's All Up-In-The-Air 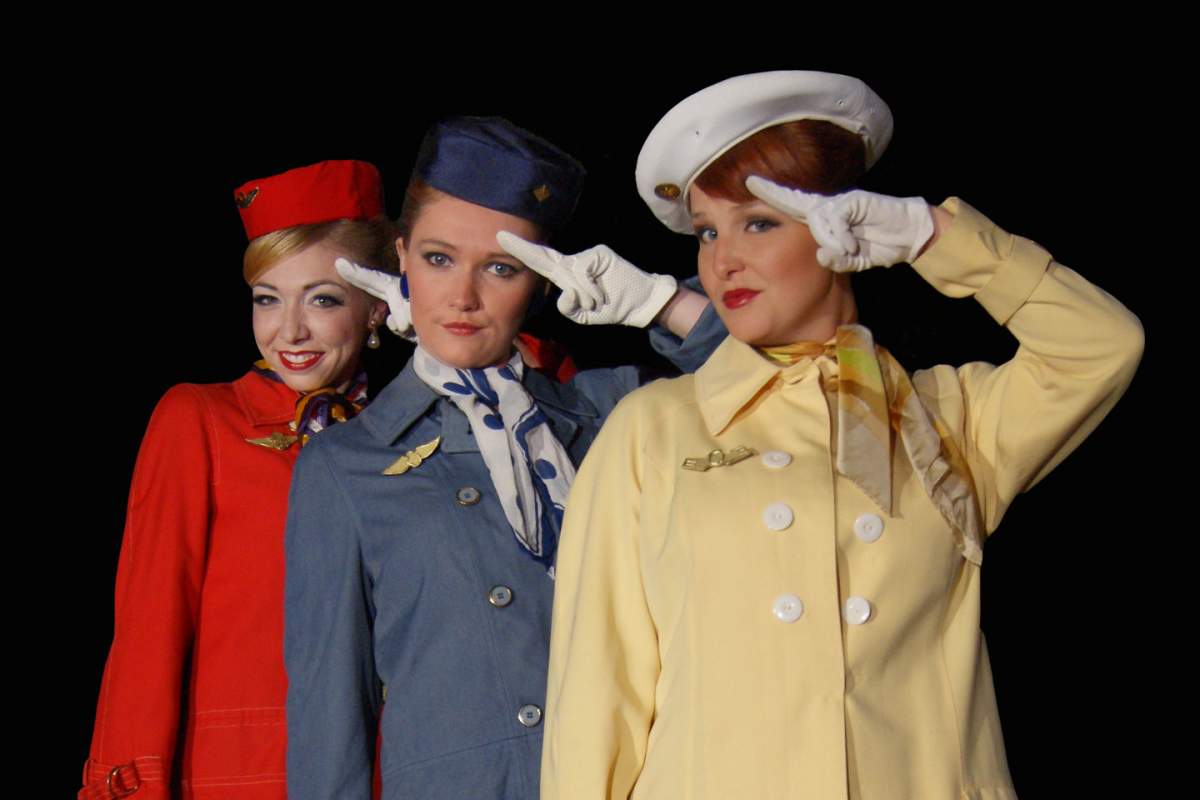 Boeing Boeing at the Shawnee Theatre is an oh-so-French farce with international touches.  Bernard, Andrew Gehrlein, is a playboy American living in Paris. He's actually engaged to three air hostesses. One is in the air. One is in transit and one …only one…is with him. An old friend, Robert, played by Mitch Brauer arrives. The somewhat straight laced Robert is amazed as Bernard explains how he manages these affairs with his flying fiancées.

Despite the complaints and forebodings of his too-too French housekeeper Berthe, played by Julie Dixon, everything seems to be working with all the precision of modern technology. But, an improvement in planes…the new super Boeing…a snafu or two…and bad weather over the North Sea lead to what the audience has just been expecting and waiting for. All three of Bernard's ladies arrive on the scene at once. As Berthe says, "Drink up, we're in for a bumpy night."

There's the calculating blond Gloria (Melissa Griffith) from Pan Am, the energetic redhead Gretchen (Heather Michele Lawler) from Lufthansa, and the bewitching dark haired Gabriella (Kayleigh Greenwood) from Air Italia. By the way, the Shawnee Audience greeted them as old friends. All three actresses sang as part of the quartet for Taffetas in Shawnee's previous show. Although they don't sing in Boeing Boeing, the acting skills that were secondary in the musical are on full display in this comedy.

Boeing Boeing is a very well calculated farce as Bernard's world is falling apart, the play itself is smoothly moving toward its own very logical but far from obvious conclusion. Clearly there's a math problem with three ladies and two gentlemen. It seems likely that there will be two more or less happy couples and one lone lady, but things are up-in-the air enough that that simple an ending is far from certain.