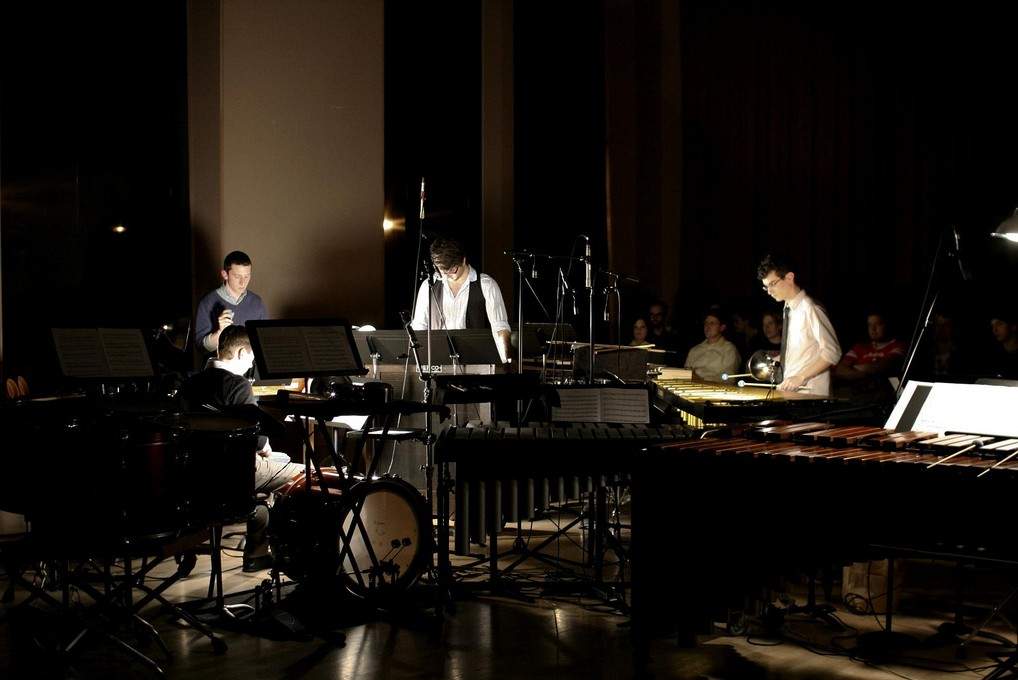 The idea is to give people a sense of the depth of the musical scene in Bloomington, and how varied it is for being such a small townâ€¦This year, the idea kind of came from the fact that I ask a lot of people what their music tastes are all the time, and almost 50% of the time people will tell you, â€˜I listen to everything.'Â It occurred to me oftentimes performances are really segmented based on genre, but with there being so many people around who like so many different genres, there seems to be a want out there for some sort of festival programming where people can come and get a taste of a lot of different things.

Bloomingtone is actually the byproduct of the previous annual music festival, Rock For Kids' Sake.Â This year, not only are they adding a second day, but its expansion to other music genres targets a wider audience. Evan Chapman of the percussion ensemble Square Peg Round Hole, said that Bloomingtone's variety of artists is really what sets the event apart from other music festivals.

I have actually never played a festival like a inter-venue sort of thing.Â I think this is cool that it's kind of around in Bloomington, like I know there [are] shows at [CafÃ©] Django's and Serendipity and the Vidâ€¦It seems like a really cool thing to be a part of.Â It just seems like kind of a wide-reaching festival, so I think that makes it special.

I think it's a great dealâ€¦We're living in tough times nowadays and sometimes just to come to a different place and listen to music, and say â€˜Hey, there's a festival going on, it's Bloomingtone, let's go and check out who's playing.'Â [People] go, and they come here and you can tell whatever their problems are, or whatever they're stressing about is just out of their mind, and they're just having a good time.

Additionally, all of the festival's proceeds will benefit the Artful Learning Program at Fairview Elementary in Bloomington.Â Artful Learning was designed by the Leonard Bernstein Foundation to promote creative learning and foster future artists.

It's a cause that everyone can get behind who's involved with the festival because of its close connection to the values of the festival.Â At the same time, I think that it'll have a special significance for the students at Fairview that we're trying to raise money for them to learn about the arts by doing the arts. â€“Scherer-Emunds

My country [Peru] is great, but when it comes to creativity and art, we didn't have as much fundingâ€¦So when I come here, and I see this organization do this, it just makes me happy.Â I think it also helps the kids with their creativity.Â It motivates them more... - Eversoll

The official start of the festival is at 7pm Friday with the Marshall Robbins Combo at CafÃ© Django. Concertgoers can purchase a weekend or single day pass or buy individual tickets the door.

Overall, I think it's going to be a success.Â It's going to give Bloomingtonians an experience of listening to music by local artists and professionals.Â Let's invite everybody to come, the more fun, the more funds for the children. - Eversoll