Bloomington Pops To Call It Quits After Nearly 20 Years 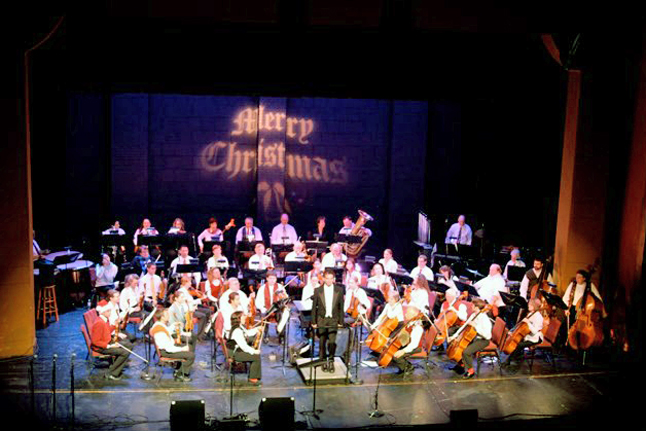 End Of A Tradition

Holly Bales-Hall and her family had a tradition of kicking off the holiday season the Friday after Thanksgiving by attending one of the two Christmas With The Pops concert. First, the concert at the Buskirk-Chumley Theater. Then they would brave the cold to watch the lighting of the square.

"It was the quintessential Bloomington activity to do," she said.

This year, she received a gift certificate to the Buskirk-Chumley that she hoped to trade in for tickets to the Christmas With The Pops. It was only when she visited the box office that she discovered the concerts had been canceled.

There was no public announcement canceling the concert and even the musicians weren't notified. (I know this because, in the spirit of full disclosure, I've played oboe in the Pops in the past and was waiting for the call this year.)

It wasn't until a few weeks ago that organizers had officially decided to start referring to the orchestra in the past tense, but when I spoke with board member and cellist John Winninger in early December, he saw the writing on the wall.

"Unfortunately, I'm afraid the Pops might be in its swansong if you will. It's not looking healthy, let's put it that way," he said.

The Bloomington Pops was started by John Canfield in the mid-1990s. At its height, the group performed six concerts annually, four of which took place at the IU Auditorium. But the Pops has experienced a slow decline over its almost 20-year history, with only two events remaining on its schedule the Picnic With The Pops for July 4th and the two holiday concerts on Black Friday.

Winninger cites a decline of corporate support as one of several reasons organizers are dissolving the group. The holiday concerts, for instance, cost upwards of $18,000 to put on.

"Of course, as a professional musician, that's part of my livelihood," says Juli Enzinger, concertmaster of the Pops since 1996. "So, all these gigs and jobs that I play are a source of income to me."

She plays 6-8 holiday concerts with various orchestras in the area, which is another factor against the Pops. South-central Indiana is rife with musical organizations, so as competition for audiences increased, attendance at the Pops' concerts dwindled.

But at the heart of the matter is the group's mission. Conductor Chris Ludwa wondered if there is still a relevant place for the Pops in Bloomington's cultural scene. "I think we struggled within the organization to answer that question," he said.

He cited the Picnic With The Pops, an event originally intended as the orchestra's annual fundraiser. As the Pops' concert season eroded, the Picnic became more and more of a financial burden and Ludwa said it didn't serve the orchestra's artistic mission.

"You know it was more like a picnic that happened to have a concert attached to it instead of, hey we're putting on this great Pops concert and you can bring a picnic and enjoy it," he said. "That whole model kind of shifted over time and I think we struggled with that."

It was with heavy hearts that board members decided in early summer to cancel this year's Picnic With The Pops. The decision to nix the holiday concerts followed shortly thereafter.

The process of formally dissolving the Bloomington Pops is currently underway, and then the group will officially be referred to in the past tense.