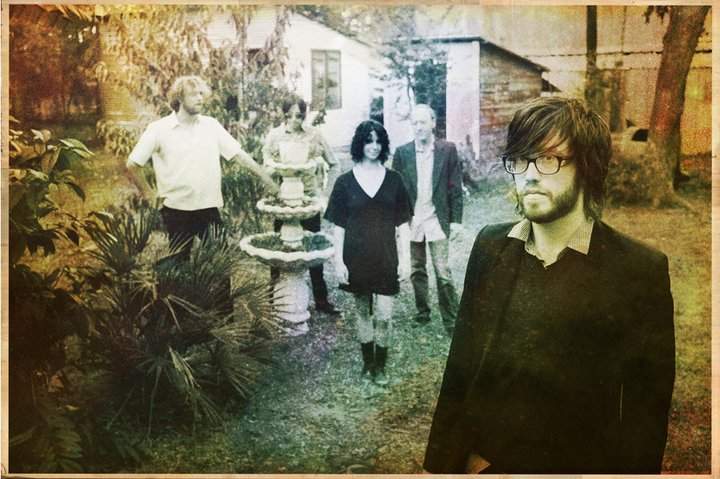 Will Sheff has a lot on his plate.

His band Okkervil River is in the midst of a jam-packed week – seven concerts in seven states in seven days. He's also in the process of writing new music for the band's upcoming album.

On the afternoon before the band's show in Baton Rouge, Louisiana, Sheff admits to being overwhelmed by his calendar.

In fact, he would much rather spend his time writing and recording instead of being a "traveling salesman" for his music.

"You need a deliberate, small, quiet, attentive place to work from, and that place just does not exist when you're traveling and constantly moving," he says.

New Tunes On The Down-Low

Fans won't hear any new music on this tour. (Their last studio album I Am Very Far came out in May 2011.) That is, unless they sneak into the sound check. That's when the band rehearses new material.

Sheff hopes that not including new tunes as part of their set list means the songs won't be leaked on the blogosphere ahead of the album's release sometime next year.

Bloomington is more than just another stop on the tour for Sheff. He wrote most of Okkervil River's critically acclaimed album Black Sheep Boy over the several months he lived in Bloomington.

The band has performed in town several times before, and Sheff says each time has been special. Audiences in big cities, like his current home of New York, can exhibit an "Impress me" kind of attitude.

"When you're in a place that's not one of those flashpoint markets where everybody feels very entitled, there's a deep sense of community that you can get among the audience," he says. "You can often have some of your very best shows."