The Blizzard Sells Out: Review 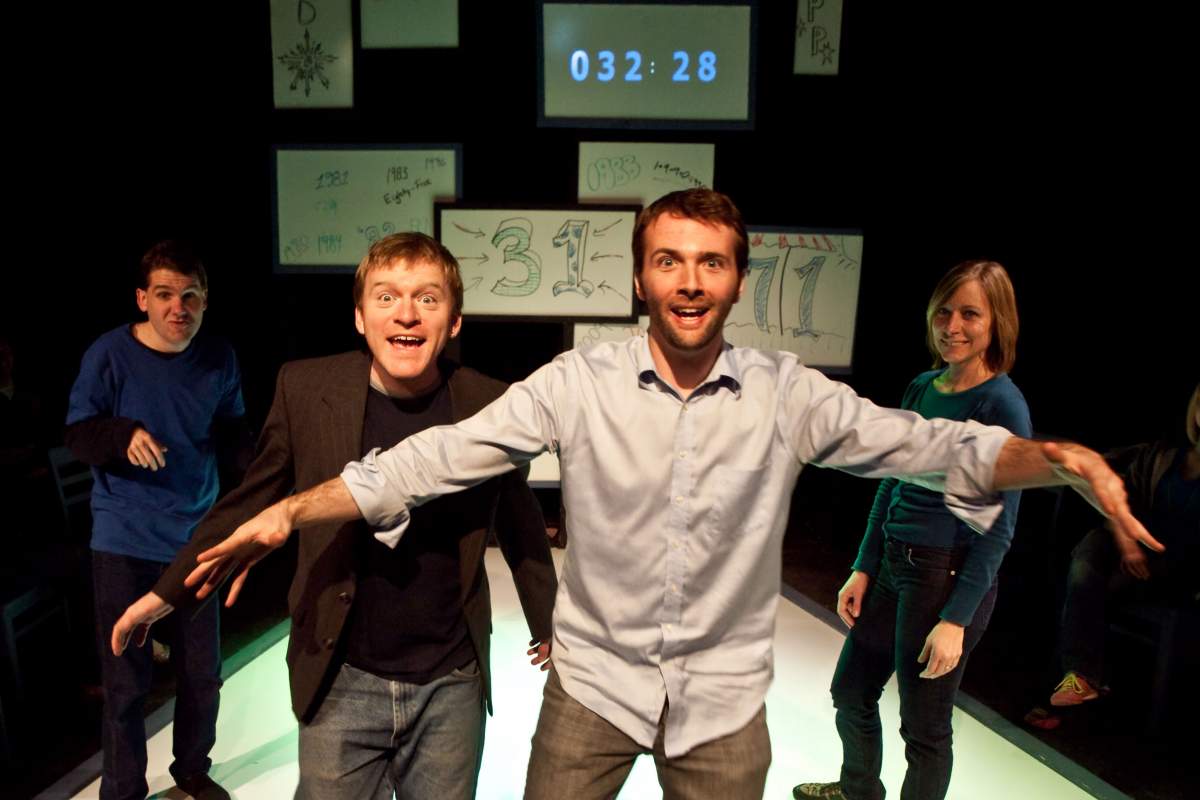 The Bloomington Playwrights Project's latest bit of inspired interactive theatre is titled The Blizzard Sells Out. It's there annual storm of thirty two minute plays, but this year each is associated with the name of a local business. The audience gets to select the order by shouting out the numbers. In a couple of cases the audience can choose options and even get directly involved. It's a very energetic and involving sixty minutes. At the end the audience votes for their four favorites.

I confess that I couldn't settle on just four, so I quietly brought my own ballot home as a much marked up souvenir. Here are some notes, insights and revelations. Mother Bear's nationally ranked pizzas can be dramatically presented if a whole cast is willing to roll with the dough. The Grant Street Inn should talk to the BPP's playwright about commissioning the Monty Pythonesque commercial that rivals the famous ‘cheese shop.' Josie Bloss might consider investing in the interactive choice by choice adventure that was staged. Snorkel-Mart really does sell, well snorkels…and when you wear one with a pair of swim fins magical moments can occur.

Six playwrights wrote the pieces for the eight actors all directed by Gabe Gloden. Some of the micro-plays were stronger than others, but every one had a bit of surprise value and if on occasion there was a brief sag in the drama, it was over in less than two minutes. Over all it was a lot of fun and great demonstration of talent and variety on the part of the writers and the players.

The Bloomington Playwrights Project's The Blizzard Sells Out has final performances tonight and Saturday at eight.