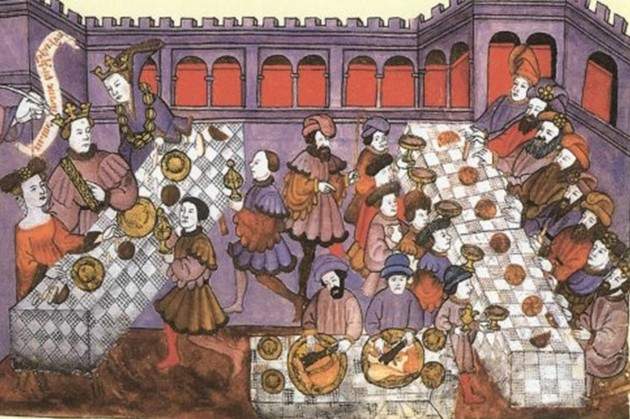 On Sunday, December 2nd, the Bloomington Early Music Festival, otherwise known as BLEMF, together with the Monroe County Civic Theater will be presenting a Madrigal Dinner.Â The dinner primarily acts as a fundraiser for the festival, but BLEMF Vice President Christine Kypiranides says the dinner is also a revival of a former Bloomington holiday pastime.

For decades there were Madrigal Dinners being done here in Bloomington at the Indiana Memorial Union, and they had students from the Music School providing some of the entertainmentâ€¦We thought that it would be nice to revive them.

We decided to join forces which is really exciting for us because that allows MCCT to really focus on the theatrical end of it-the jesters, the story, the costumes, and things like that-and really take advantage of the excellent music that comes out of the Jacobs School, since we'll be utilizing talent from the Early Music Institute.

The event will be presented in the classic Madrigal style with every course of the meal being introduced by a grand entrance and song-all in the hopes of creating an other-worldly, seasonal atmosphere for the dinner's audience.Â Ultimately, behind all of the fanfare and majesty, the Madrigal dinner will hopefully also provide a renewed community spirit in BLEMF.

This is a way of saying, â€˜Hey we're still here'â€¦We hope that we can encourage renewed interest in BLEMF.Â I think that we have something to offer the community, and this is what we're hoping to do. - Kyprianides

The Madrigal Dinner will begin with a Silent Auction at 5pm at the Fields Clubhouse in Bloomington.Â Dinner and entertainment will begin at 6.Â Tickets are available at the Buskirk-Chumley Theater Box Office, and sales end on Wednesday, November 28.