A Calling Forged In Flame 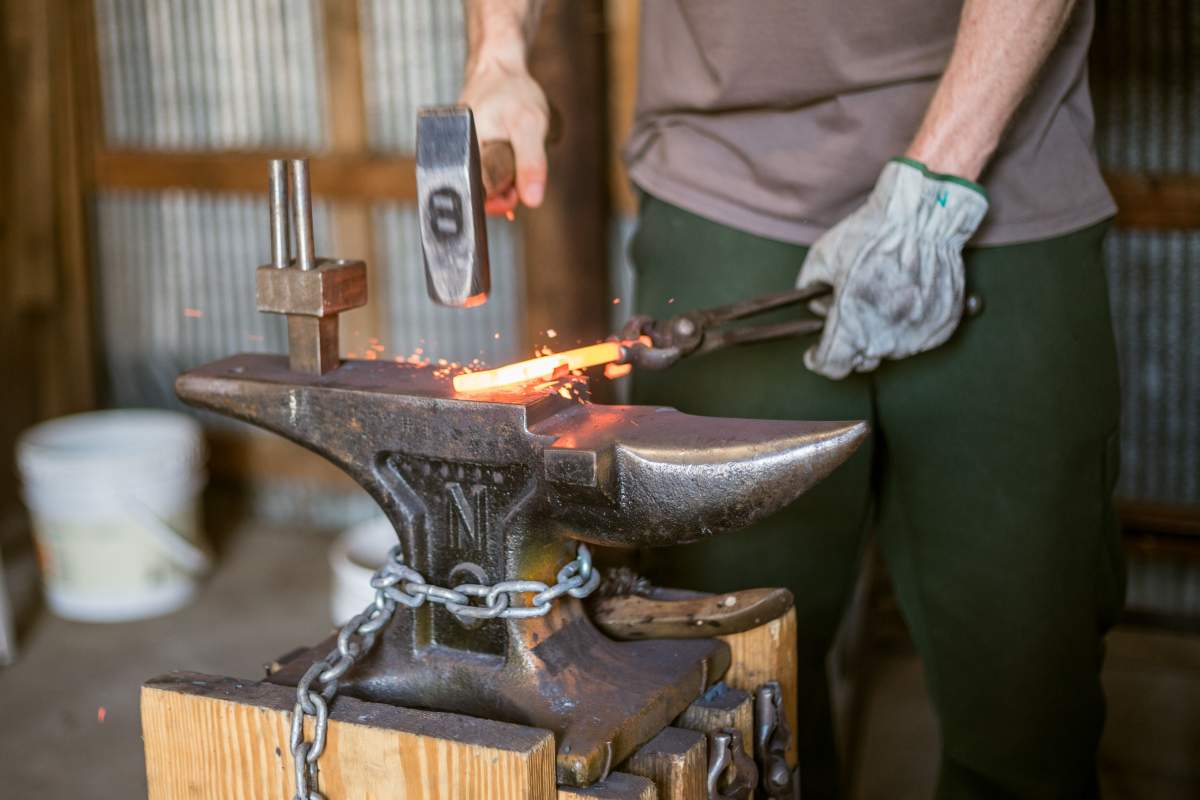 The need for a local blacksmith might seem to be a thing of the past. However, one Bloomington craftsman is proving that people can still become full-time blacksmiths in 2018.

"Since millennia ago, the blacksmith has been a pillar of human society because they were the people who could make things and fix things," says Terran Marks, owner of Brown County Forge, "and up until industrialization they were still a pillar of society. Everybody would have to come to them to get all these different tools fixed or made. So they've been kind of integral to society."

Even though it was not a direct route, Terran's journey to the forge began right out of college.

"I graduated from Purdue in 2008. And as you may remember that was kind of the peak of the housing crisis. I have a degree in construction management and one in psychology," says Marks. "So, housing crisis, construction manager, not getting a lot of work, right? People could probably use a psychologist but not without a master's. So I had to get very creative about how I made my living. And I had always thought about going out west and fighting fire. So I went out and volunteered with AmeriCorps for a season cutting down trees as a sawyer and then used that as a way to get into the forest service as a wildland firefighter."

But wildland firefighting is a seasonal occupation that requires only four to five months of work. This left Terran with months of uncertainty.

"It's a standard part of firefighting to get laid off in October or November," Marks continues, "and most peopleor a lot of people that I knowgo skiing in Colorado and collect unemployment for those seven months. And I can't stand up on a snowboard to save my life. I like to work with my hands. I like to make things. I wanted to get creative about it and find something fun to do with my off-season."

That "something" turned into enrolling in the John C. Campbell Folk School in Brasstown, North Carolina where Terran joined a nine week work-study program in Blacksmithing.

"And within the first 10 minutes of swinging a hammer at hot metal I knew that I loved it. I was completely hooked," says Marks. It's a calling. It's something that called out to me and I responded back to it."

Even with his certification, Terran still wasn't sure if blacksmithing was something he could pull off full time. He had started a blog about blacksmithing and began selling some of his hooks and home hardware, but it was still in that side-hustle phase.

"My goal starting out was to just be a maker, Marks explains. "So I would make the products and sell them online, or sell them at craft shows, but I saw this desire out there for blacksmithing instruction and hands-on sort of traditional trades instruction. I thought, 'I know enough about this I can probably teach somebody how to do what I do.'"

"I didn't know who was going to end up signing up for it," Marks continues. "I expected maybe some retired folks to come in, 'cause they've got some time, a little bit of money. But, over the years, it ended up being the full spectrum of people: 14 year old's all the way up to people in their 70s and young couples. Everything in between."

While it's never been easier to get tools and hooks in 2018, Terran Marks' story suggests that blacksmithing isn't dead, after all.

"It comes back to that need," Marks says. "That human need to make things with our hands. We're a tool-making species. We need to create. And there's a disconnect when you can get everything you want at the storeyou know, hooks, or whatever it isand most of your experience with made things is in a digital kind of environment. So I think there's still that attraction to having something physical you can put together with your own hands."

"People are more than ever are interested in experiencing something unique in real time in real life," Marks adds. "Live music, blacksmithing, whatever it is. A traditional trade. And having an authentic experience. I think that's big for people."

Terran has authored four books on Blacksmithing that evolved from his blog. He's also just launched a podcast: DIY Blacksmithing. You can find out more about Terran Marks and his blacksmithing classes by visiting browncountyforge.com.