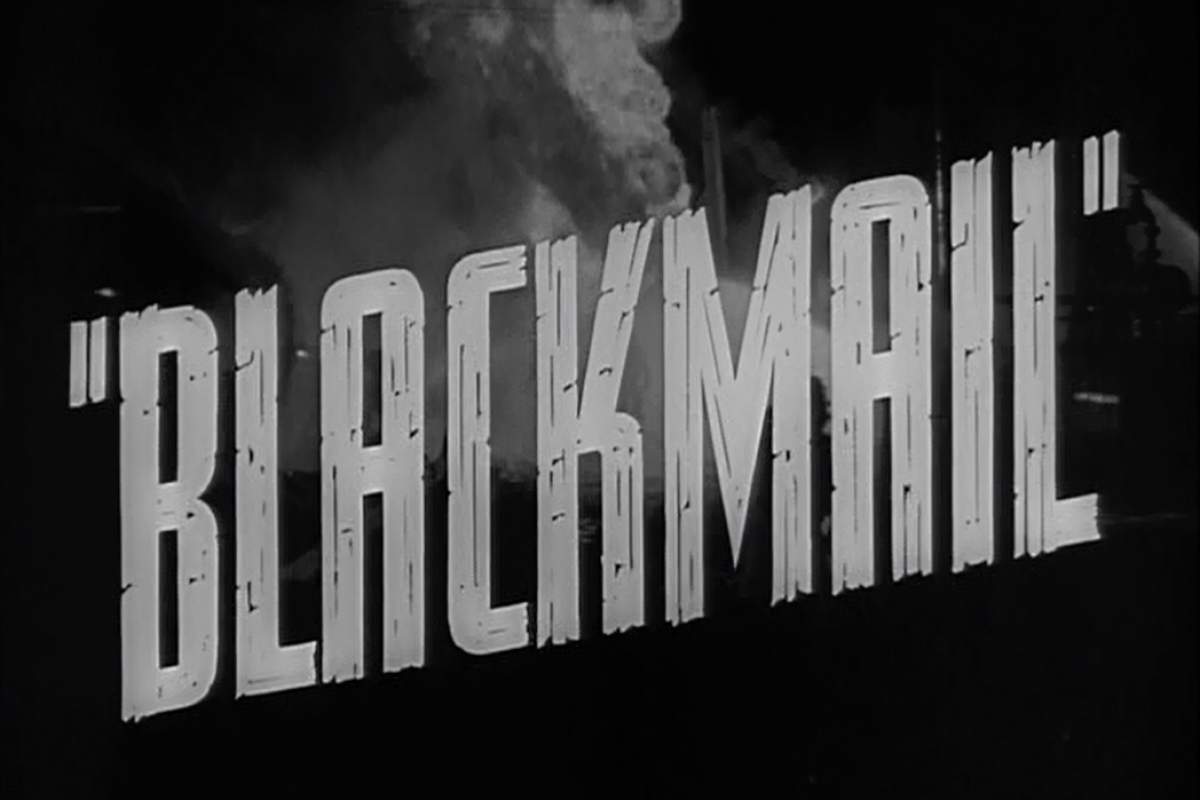 When Neil Brand was asked if he was interested in scoring the 1929 silent film Blackmail, he jumped at the opportunity. It was a chance to work with one of cinema's masters, Alfred Hitchcock.

Brand has many credits to his name. He is a composer, but he is also a writer, broadcaster, and improvisational pianist. In the latter role, he had been working with Blackmail for years. So much in fact, that he had worked out many ideas for the film. However, working with a symphony orchestra is quite a different task.

Blackmail centers on a woman named Alice who murders a man in self defense only to be blackmailed by a witness. Just as most Hitchcock films are, this is a tight, deliberate thriller.

When Brand took over the scoring he put himself in the mindset of great 50s composers like Bernard Herrmann and Franz Waxman.

Neil Brand says that he had thought, "I'm going to score Blackmail as if Hitchcock had come to me and said, 'I want you to score my film,' and I had then done it using as much of the influence of those earlier composers as I could."

Brand walked through one of the key scenes in the film. This is the scene in which Alice murders an artist in self defense.

Notice that the music shifts as the artist's demeanor become more threatening. Finally, the events begin to boil over.

Here is the scene accompanied by the world premiere performance of Brand's score as played by Â the Bologna Symphony Orchestra:

Brand says, "When he grabs her, the music is massive, awful. Then I turned it like Hermann from North by Northwest. This was the devils dance. Yah da da Yah da da Yah da da. Her hand comes out and grabs a knife then I cut to a version of the Psycho score. Musically this means that you can hear the knife going in."

According to Brand, the story goes that Herrmann had to argue for Hichcock to include the iconic scoring of the shower sequence.

After the stabbing, Brand posits that the rest of the film follows Alice as she alludes the law amidst racking guilt and trauma. To express this, Brand makes a strong choice. The music changes drastically.

Brand says, "I wanted to give the impression- and I'm not sure this is going to make any sense- that what she had done was so horrific it had kind of broken the scoreâ€¦ and broken the film."

To simulate this experience, Brand uses groupings of high-pitched strings. They move around and change, but Brand deliberately avoided any obvious chords. he said that he wanted it to sound liek the noise you hear after an especially loud event.

After an encounter with a painting of a jester in the artist's apartment, Brand changes the score entirely. Brand says, "Everything that has happened musically and dramatically up until that point no longer has a validity. Because everything has changed. She has completely changed the world. She has murdered a guy. She is in her own little year zero." Brand says that because of this, the next 20+ minutes of the score are new pieces of music. There is no repetition or borrowing from earlier in the film.

A screening of Blackmail accompanied by the U.S. premiere of Brand's score will be performed by an orchestra from the Jacobs School of Music at the Indiana University Cinema tomorrow evening at 7:00 pm.