Billy Witch: If The Grimm Brothers Had A Summer Camp 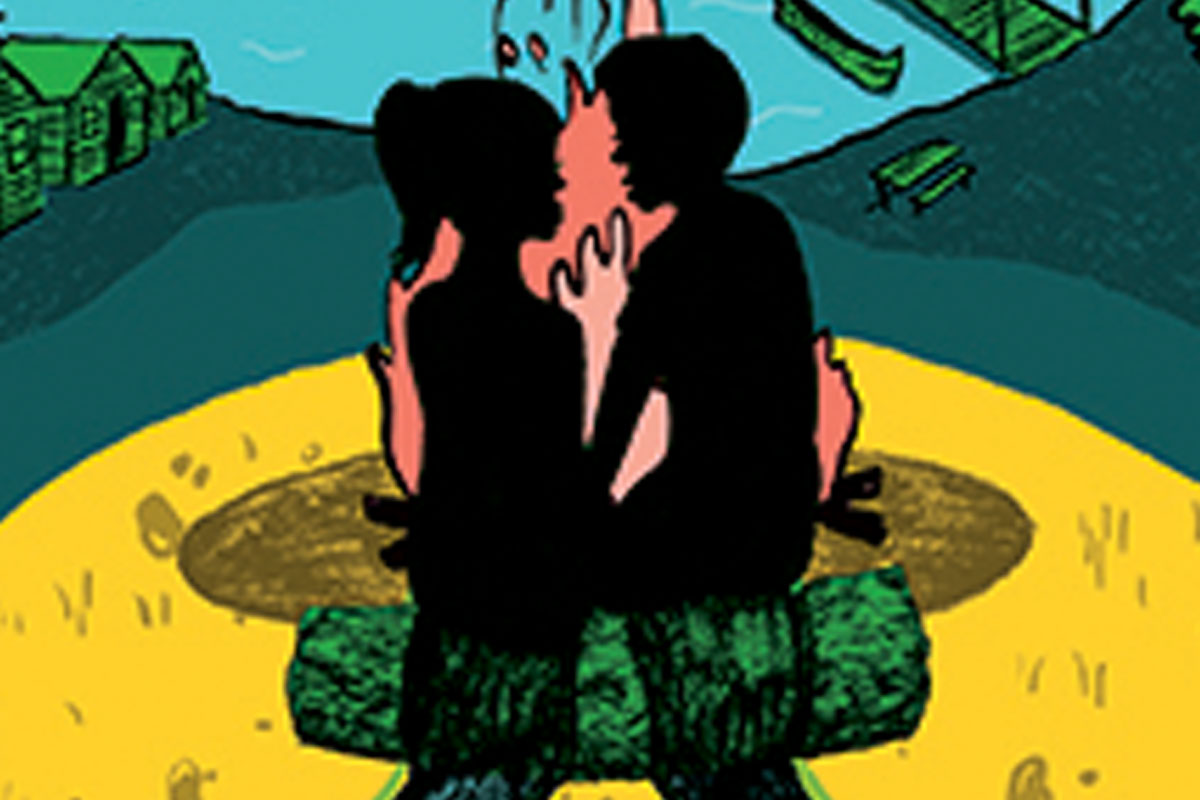 Billy Witch by Gregory Moss at the Bloomington Playwrights Project is the Reva Shiner Comedy Award winner. The play is set in a summer camp. Billy Witch is the camp ghost story. It's the tale that counselors and older kids tell to younger kids in the hope of keeping them in their cabins at night.

After the audience selects their seats in the theatre at the BPP, the show begins with ten minutes of camp style crafts and Associate Artistic Director David Sheehan's singing of the show's sponsors in the lobby. I'm not much on crafts, so I took the time to fill out the letter home that was enclosed in my program.

Oliver, the charmingly vulnerable Joel Watson, is a bit of a nerd. He's come to camp to find change and growth in a new environment and boy does he! The lean, tall Miles Tillman plays Arden an aggressive homosexual. A softer, carrot-topped Courtney Reid Harris plays Miranda a slightly hesitant, but experimental heterosexual. Poor Oliver busily tries to fend off Arden and hesitantly to approach Miranda.

In addition to lessons from these two, there's Ben Smith as the burly camp director PD Lockwood with an introduction to manhood via the most curious account of Adam and Eve that you're likely to hear.

Scott Parnell as James and Jenny Case as Becky are the perky, perpetually smiling senior counselors supported in their efforts by a seemingly endless supply of marijuana and hormones.

Playwright Moss's Billy Witch very much leans toward fantasy and folklore. The aggressive Arden transforms and dashes off as a fox. Miranda's charming friend Sandy, Talia Santia, becomes a quite lovely hanging bat. Miranda herself swims off as a squid. Oliver, still just Oliver, is left… sadly stuck as himself…and it appears that the play is over.

However as we in the audience fidget, the mysterious kid played by Zach Decker is still wandering the camp. I'll leave a bit of mystery for you, but hint that there's a final semi oedipal scene to be played out before the curtain call.

Billy Witch is an imaginative piece with some engaging characters and moments, but they are scattered through a play that doesn't seem to have been able to exploit the fantasy at its core into a coherent and moving piece of theatre.