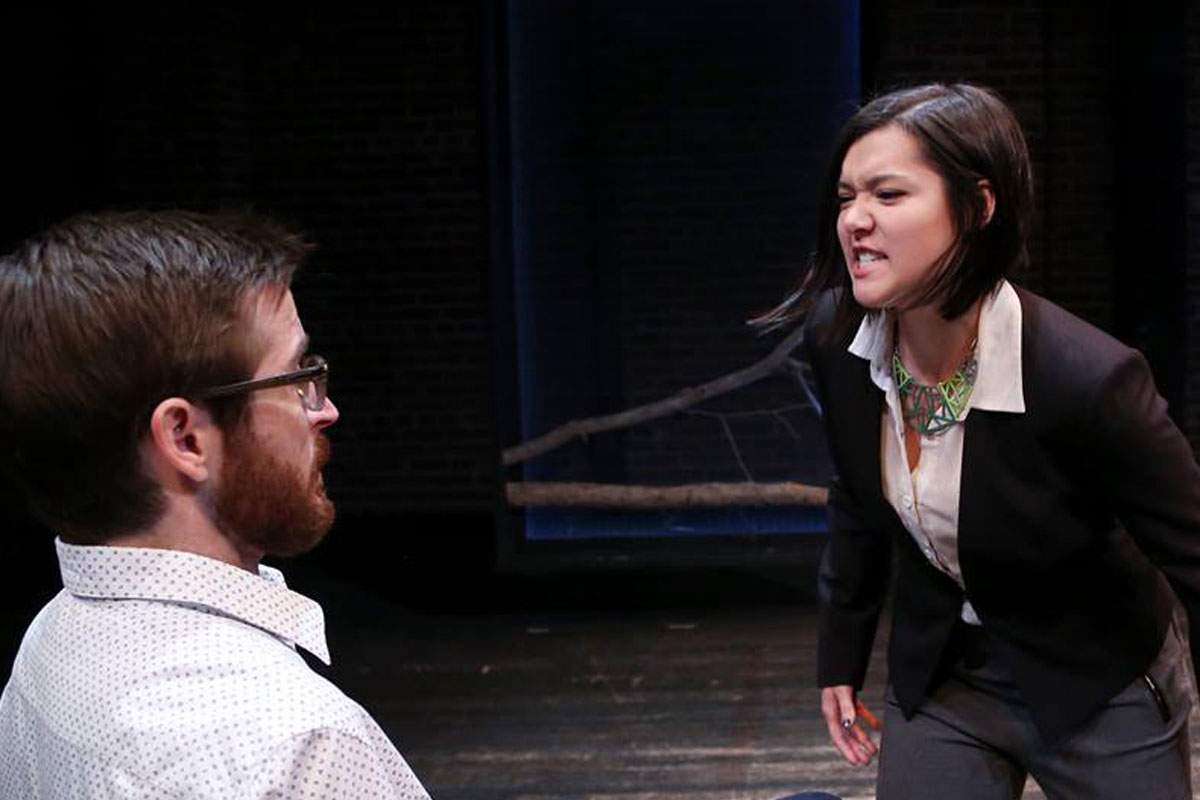 Bruce Walsh's Berserker at IU begins with Pete, Nicholas Jenkins, in the wilderness. He's been forced off the trail by a bear and he's fruitlessly opening a map. In the last scene, Pete is in the same spot, but he's got a camp stool, a nice fire and he's well aware of where he is.

In between Pete's coached and bonded with a precocious twelve year old for a state exam. He's also been turned down for marriage proposals with the twelve year old's supervisor and with his long time partner. Romance is definitely in the wind in Walsh's play, but those winds blow strongly in a variety of opposing directions. Perhaps it's not surprising for a character who makes the ordered Â listing of Led Zeppelin's albums one of his tests for friendship.

IU's director for the show David KotÃ© is blessed with a very strong cast. Nicholas Jenkins was effective as Pete, a character who's both a romance user and abuser. Abby Lee, who's played Ibsen's Hedda Gabler and Shakespeare's Lady Macbeth was strong as Pete's long time partner. The play ends two scenes with Abby telling Pete, "Don't tell me what to do." They along with her earlier denial of sex with him are awesome moments.

Meadow Nguy was Soojin, the rep' for the twelve year old's tech company. You may remember her as Liat in the production of South Pacific just across the Jordan River. She does a very attractive job with a character that seems to come in and out of focus for me. Some of her scenes rang nicely and others were baffling.

Marisa Eason appears as the precious and very difficult twelve year old Â Mason. Every now and then I did remember that she played Juliet in IU'sÂ R&J. GenerallyEason's got the preteen edge down to a t. Again there were whole scenes, where I wished for a little more "there in the there," from the script, but there were some magic moments of teen joy and abandon.