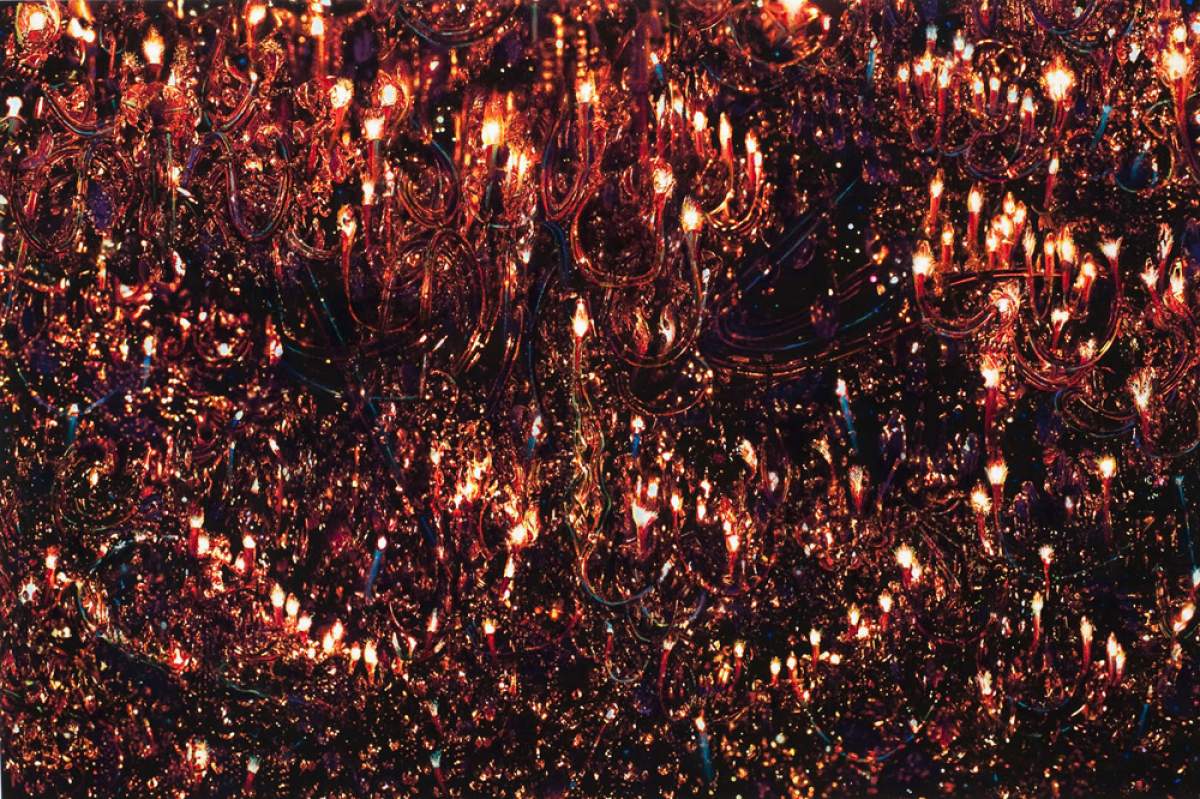 When Indiana University printmaking professor Ed Bernstein was asked to submit work for an international art exhibition connected with the 2012 London Olympics, he was a little surprised.

After all, the work was supposed to have an Olympic theme, and right now he's working on prints about a city in Brazil.

"I told the guy who asked if I wanted to compete, I said I don't do sports images," Bernstein says.

But he went ahead and submitted a print he calls "Illuminata." It's a large digital composite image of glass chandeliers he made in Photoshop, and then drew over with colorful pastels.

Bernstein's print will be in an international exhibition called the Creative Cities Collection at the Barbican Centre in London.

The event is being sponsored by the Chinese Ministry of Culture as part of the 2012 London Olympics.

After the exhibit closes, Bernstein's print will be shipped to Beijing to become part of a permanent art collection there.