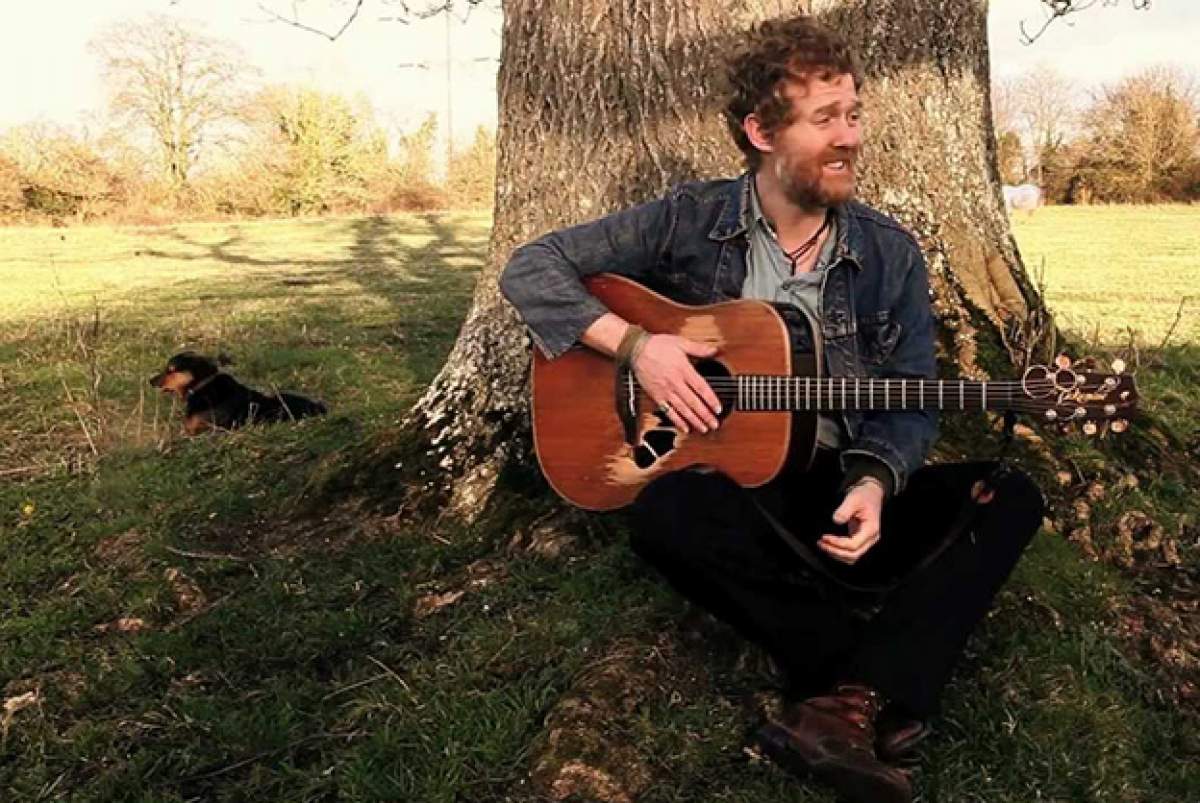 Best-known for the film Once and his Oscar-winning song "Falling Slowly" from that soundtrack, Dublin-based singer/songwriter and actor Glen Hansard is finding new inspiration in an Indiana-based musician. March 17 sees the release of his new EP, It Was Triumph We Once Proposed: Songs of Jason Molina. WFIU's John Bailey spoke with Hansard about the new project prior to his concert in February at the Buskirk-Chumley Theater.

Glen Hansard's decision to purchase Jason Molina's first album in a Birmingham record store in the late '90s was fairly random. But after getting back on the tour bus and putting the music on, Hansard was mesmerized.

"I was just so moved by the odd kind of Civil War nature of these songs," Hansard says, "and this voice that seemed to be coming out of an ageless, kind of a timeless space, you know. There was something really kind of other level about it, and I can't think of a better way of putting it, but just … ghostlike. And I had no idea, was it old, was it new? It didn't really give any details on the cover; the cover was quite plain."

Jason Molina recorded under the band names Songs: Ohia and Magnolia Electric Co. for the Bloomington-based record label Secretly Canadian. That first Songs: Ohia record led Hansard to write Molina the first fan letter he'd ever sent a musician. And the gesture sparked a correspondence that was punctuated by the occasional in-person meeting, and informal collaboration in Hansard's kitchen.

Hansard says, "We'd just record these songs and pass the guitar and sing to each other, and he was like, 'This is how my records get made. I make them all in this style. Go to someone's house, everybody picks up their instruments, and we go!' And I was so moved, so deeply moved at how fundamentally he approached music. This was it: I'm gonna write the song in the morning, I'm gonna stick the recorder on the table at some point in the day, and we're gonna record it, and that's gonna be the album! That's it. That's what we got."

Their friendship was long-distance. Their interactions, sporadic, but deeply meaningful.

"I just loved this guy," says Hansard. "His spirit and the way that he viewed the world was just so incredibly romantic. It was the kind of stuff you'd have with your first girlfriend, you know, 'I found this leaf and I thought about you.' Jason would send you a package of stuff that was all beautifully wrapped, and seeds that he'd found in a field. You know, 'Plant these at home, I wonder what they'd be like … ' He was an incredibly … not hippy-dippy at all, but just really incredibly thoughtful person."

It was only after Molina's death in 2013, following a protracted struggle with alcohol abuse, that Hansard became aware of Molina's demons.

"I saw none of the drinking," he says. "I saw none of the darkness that – I saw it, I heard it in his voice. And I saw it in moments when we traveled together – he was incredibly focused, you know. And sometimes focused to the point where he would seem a little distracted. But I never saw him drink. It's so strange. I don't remember him drinking."

Hansard says, "In the spirit of Jason we went and we booked a studio, and we went and we kind of grieved over the music. It was beautiful. He had given all of his band members kind of gifts in the last, last time he had seen most of them. He was just handing stuff away. And he'd given me a box of things, lyrics and paintings that he'd done. He always was a great artist. For the cover of this record that we're putting out we used one of the drawings that was in that box. It was wonderful to get into the studio and just sit with these guys. It was an important way of marking his passing.

"Music, as we all know, has this strange transcendent nature. When it's great, it just goes above and beyond lyric, melody, recording device, instrument, it goes beyond all of those things and turns into a feeling. And when a feeling hits you, that's what you honor, you honor the feeling. Forget about getting it right, or singing it right. It was never about 'Is it in tune?' or 'Is it right?.' It's about 'Do I believe it?' and the best compliment you can give any singer is 'I believe you when you sing.' And I believed every word that guy sang and so all I tried to do was sing the song as best I could in the memory of that belief."