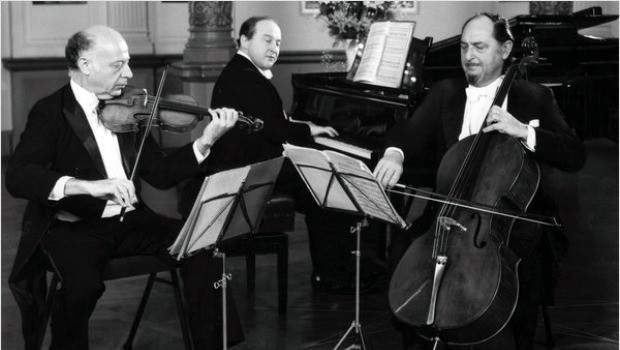 The Beaux Arts Trio, including founding member Menahem Pressler, was inducted into the American Classical Music Hall of Fame on October 10, 2012. Located in Cincinnati, the Classical Music Hall of Fame is a non-profit organization dedicated to honoring those who have made significant contributions to classical music in the United States. Other 2012 inductees include pianist Emmanuel Ax, the Philadelphia Orchestra, and the composer Steve Reich.

Founded in 1955 at the Berkshire Music Festival (now the Tanglewood Music Center), the Beaux Arts Trio was a piano trio, made up of violin, cello, and piano. Though the violinist and cellist have changed over the years, Menahem Pressler remained on the piano bench from the first concert in 1955 to the final one in 2008.

In its more than 50 year history, the members of the Beaux Arts Trio traveled extensively in the United States and beyond, bringing chamber music to venues as diverse as the Moscow "December Evenings" Festival and the 1988 Summer Olympics in Seoul, South Korea. The trio is also known for stirring performances of works such as the Beethoven Triple Concerto, which they performed in 1992 at the Leipzig Gewandhaus under Kurt Masur. They have been featured performers in chamber music series and festivals from Hong Kong to Helsinki, and from Ravinia to Mostly Mozart.

Award-winning recordings of the Beaux Arts Trio from the majority of its 50-year existence are available on the Philips label. In 2004, the trio released its first recording on Warner Classics. Later that year, Universal issued an anniversary compilation of Philips recordings.

As inductees to the American Classical Music Hall of Fame, the members of the Beaux Arts Trio will have their names engraved on the Walk of Fame and will receive medals of recognition for their contributions to classical music.