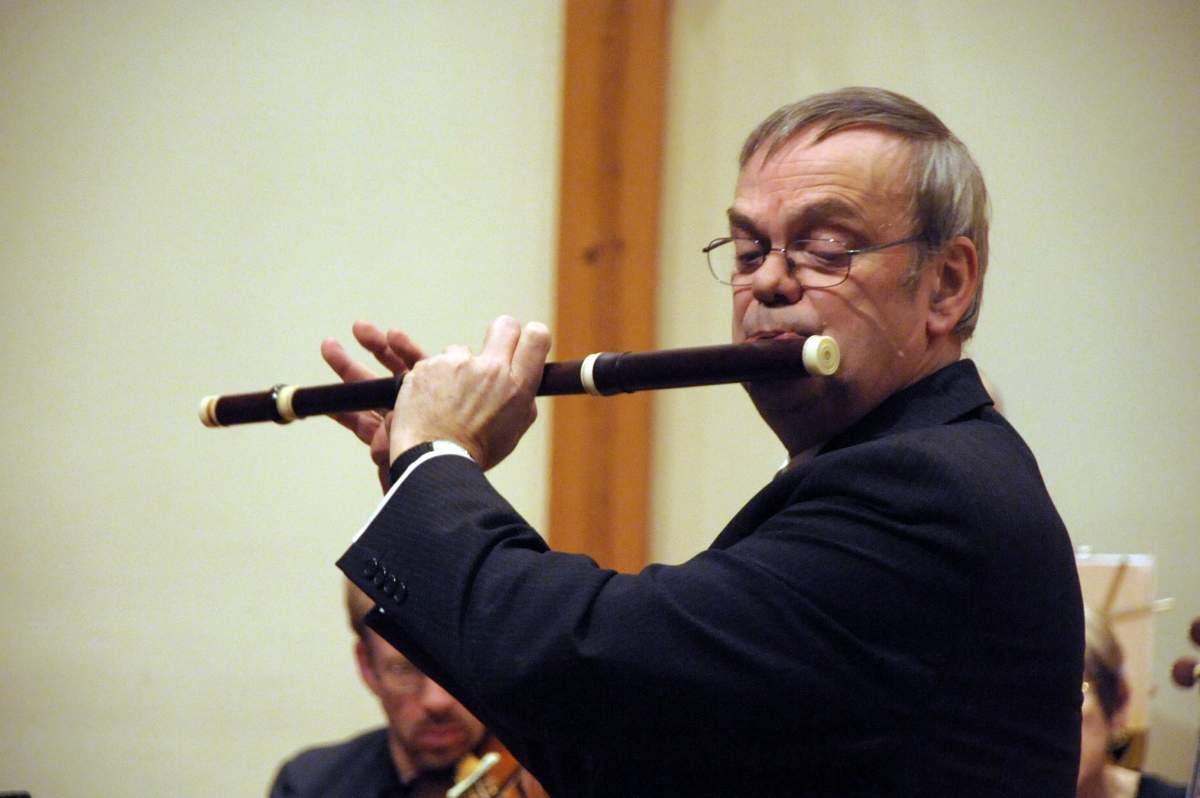 During the 9am hour of Classical Music with George Walker, WFIU was visited by internationally acclaimed flutist Barthold Kuijken.  Kuijken is currently preparing for three upcoming concerts in Bloomington and Indianapolis this weekend with the Indianapolis Baroque Orchestra, for whom he is the Artistic Director.  Kuijken was honored with a Lifetime Achievement Award in August by the National Flute Association (NFA), and this is his first public appearance in Indiana since winning the award.

Kuijken spoke with George Walker about growing up with two of his siblings, Sigiswald and Wieland, who are also well-known performers specializing in the performance of early music. He also spoke about why he chose to focus his career on the music of the Baroque era, and he played a fantasia for solo flute by 18th century composer Georg Phillipp Telemann.