Best of a Bad Situation? Bela Fleck at the IU Auditorium

By Mark Chilla and Annie Corrigan 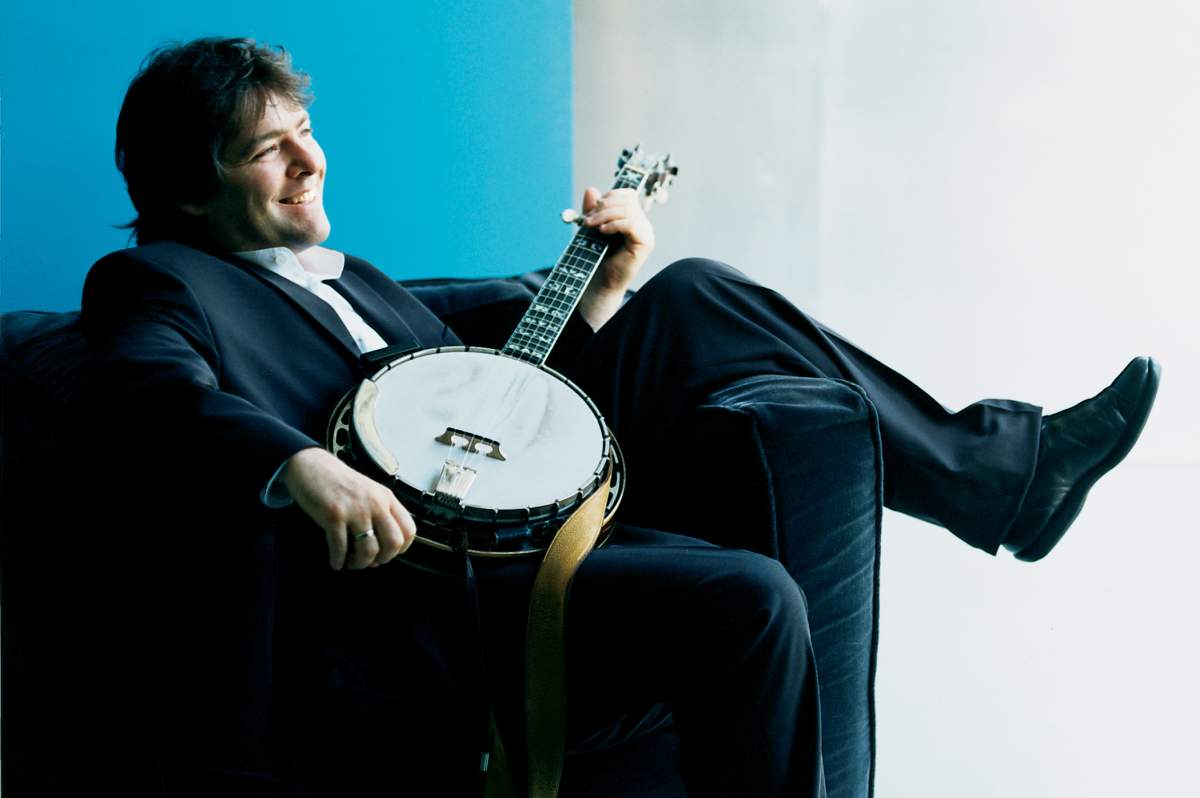 Concerts happen all the time in Bloomington. But one particular concert that took place at the Indiana University Auditorium in late October is still reverberating throughout town.

Grammy Award-winning banjo virtuoso Bela Fleck was originally slated to perform with the Nashville Symphony on October 31, but then ended up performing a concert of duets with his wife and fellow Americana musician Abigail Washburn instead. It may seem like a straightforward case of scheduling mix-ups. But the devil's in the details.

Fleck and the Nashville Symphony were supposed to perform Fleck's new concerto for banjo and symphony orchestra titled "The Imposter." They recently recorded this concerto together on an album that also featured the New York-based string quartet Brooklyn Rider.

The Nashville Symphony was forced to drop out of the concert during the summer because of some financial issues. In order to save the concert, Giancarlo Guerrero, Nashville Symphony's conductor, suggested to the IU Auditorium and the Jacobs School of Music that they should assemble a student orchestra to replace them.

Bela Fleck and the Flecktones is the reason why I'm into jazz music to begin with. I felt like this was the best chance for me to tell him 'hey, thank you'

Since this was a professional concert where the musicians would get paid, IU officials approached the Local 3 chapter of the American Federation of Musicians in Indianapolis, a union that protects the interests of professional musicians in the area.

The union did not approve of replacing the professionals of the Nashville Symphony with students, and did not give their blessing for IU to form the student orchestra.

The union did not threaten any action; they simply told IU that an amateur student orchestra performing in a professional concert would not be in the best interests of local professional musicians, or the students who are hoping to become professional musicians after they graduate. Muston said, "we're protecting [jobs] not only for the members of our society, but for the fabulous students that wish to have a job when they get out of school."

Martin Hodapp, the treasurer of the union, was also concerned about what kind of lesson it would teach the students if the union gave their blessing for them to play. "When [the students] get out and they get a job with a symphony orchestra, which is the purpose of their career at the conservatory, then all of a sudden, perhaps their students or a group from their alma mater will replace them and take the bread out of their mouths."

The concert was not part of the Jacobs School of Music concert series. Hodapp said that if the School of Music wanted the students to perform, "they could certainly hire Bela Fleck to appear with any one of the IU orchestras."

Some students were still disappointed in the missed opportunity. According to Bobby Scharmann, a first year Master's student in Jazz Studies on double bass, "I think it really would have been awesome if a student orchestra had an opportunity to play with Bela Fleck, because having an opportunity to really perform with top-level professionals like that is an experience that you can't really recreate any other way."

However, the experience was not a complete wash for the students.

According to Mark Land, a spokesman for IU, "Bela was extremely gracious with his time here. He had some time freed up because they didn't have to rehearse, and he spent a good chunk of time with our students."

A small group of students got to share a meal with him and talk music one-on-one.

Land went on to say that having those personal interactions with the best in the field is part of what draws young musicians to the Jacobs School of Music in the first place.

Josh Roberts, who is earning his jazz performance degree at IU, said being exposed to famous musicians was one of the top three reasons he came here.

"You know my instructor said there is no replacement for seeing the best live," Roberts said. "There's absolutely no replacement. Not YouTube, not listening or anything. There's nothing like seeing them live. It's a culmination of, oh that's where I need to be and then being able to see that right in front of you."

For Otis Cantrell, a jazz major and a banjo player, getting the chance to thank one of his musical inspirations was a great opportunity.

"I actually went up there and explained to himand this is actually true" Cantrell admitted, "Bela Fleck and the Flecktones sort of is the reason why I'm into jazz music to begin with. And that's my major now, so that's going to be my career. I felt like this was the best chance for me to tell him 'hey, thank you,' you know."

Despite the missed opportunities of not getting to perform, meeting and talking with Bela Fleck was a very positive experience for many students. And it was one that may not have happened had the Nashville Symphony or the student orchestra performed.