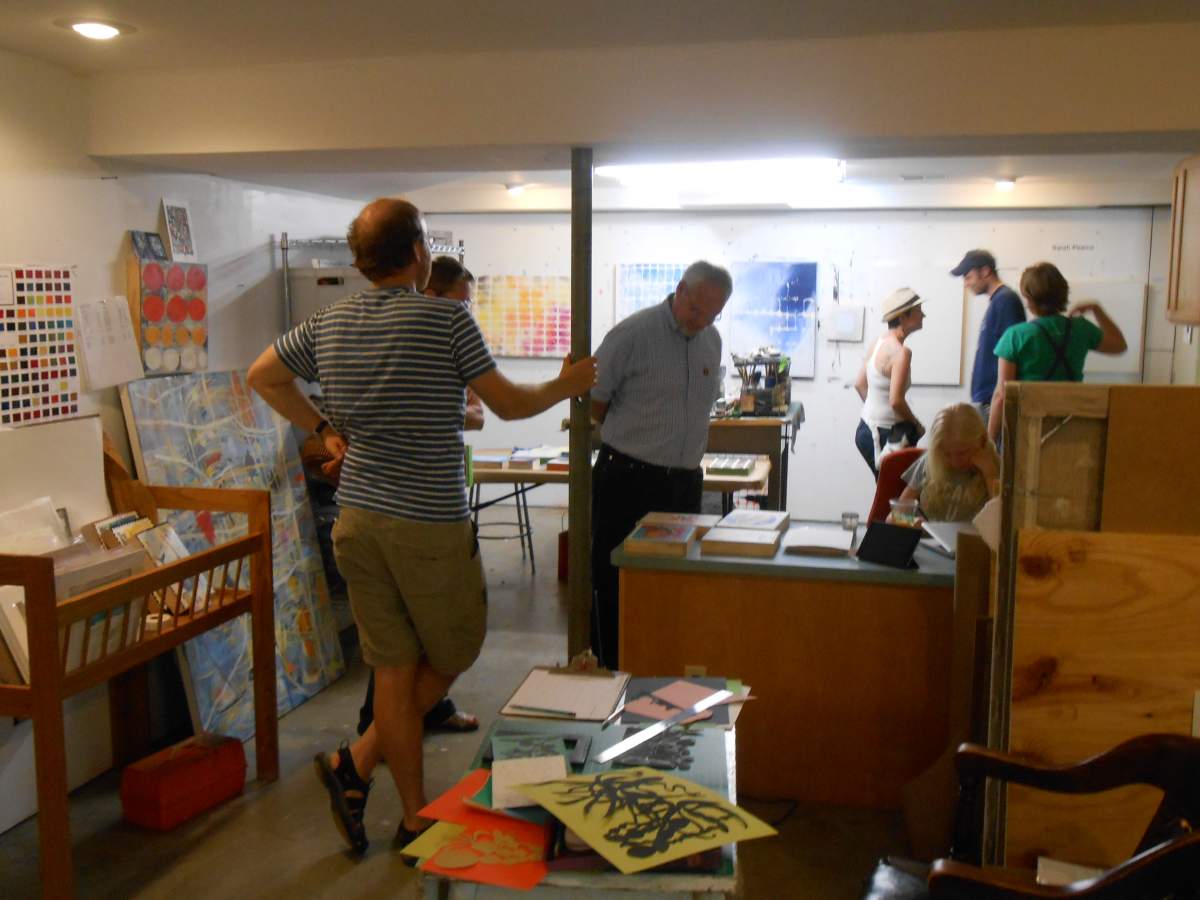 A relative newcomer to the local arts scene, the third annual Bloomington Open Studios Tour took place Saturday and Sunday, June 7 and 8, 2014.  In a town that teems with art showcasesfrom the upcoming Arts Fair on the Square (Saturday, June 21) to the Local Clay Potters Guild Show in Novemberthe open studios tour distinguishes itself with the opportunity it affords art lovers to step inside the art-making process.

Visitors to 20 different venues all across Bloomington and Monroe County were able to see the spaces where 40 professional artists work, watch demonstrations of their craft, and glimpse works-in-progress.  Several printmakers along the route gave visitors the opportunity to ink up linoleum plates and run them through the press.  Ceramicists invited visitors to roll up their sleeves and sink their hands into mounds of clay, which they'd fire up for them.

In addition to established studio spacessuch as the I. Fell Buildingthe tour included out-of-the-way studios down wooded lanes and unprepossessing basement workshops on suburban cul-de-sacs, effectively transformingat least for the weekenda familiar landscape into a constellation of different landmarks, connected by visual arts.