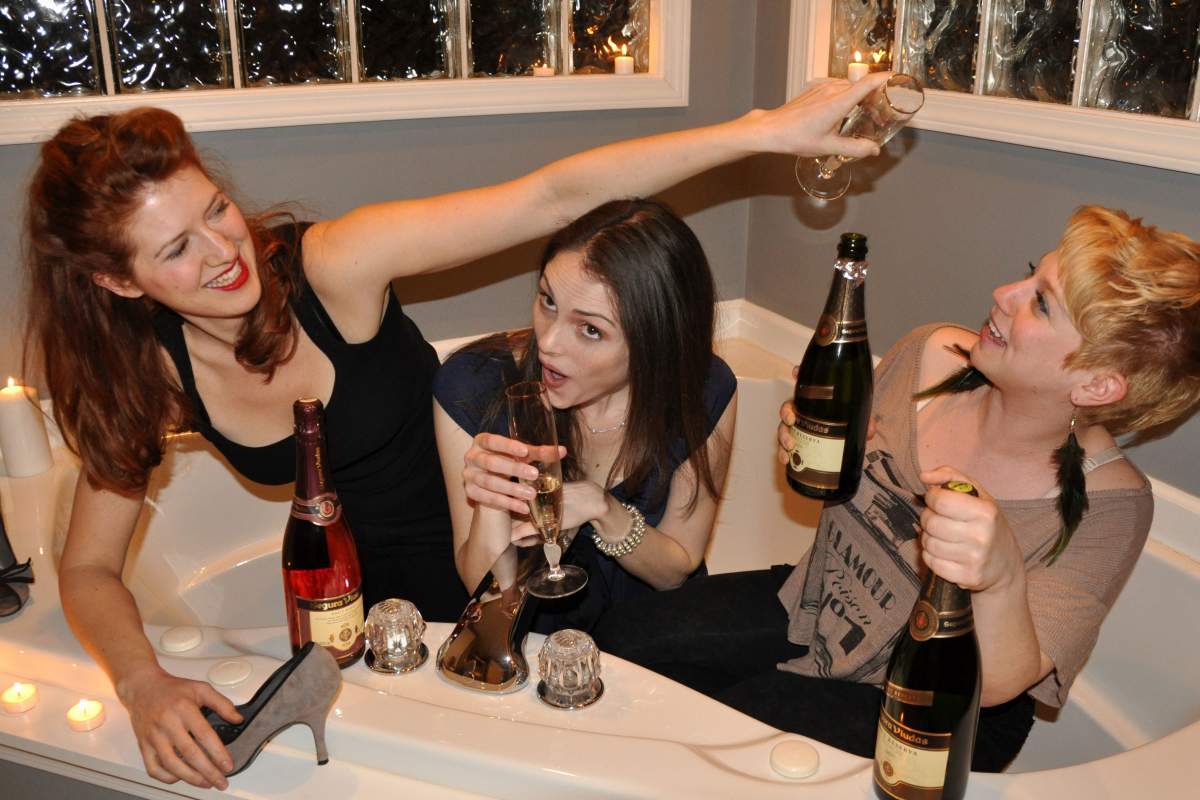 Bachelorette by Leslye Headland at the Ivy Tech John Waldron Arts Center Auditorium is the Cardinal Stage Company's rowdy, dark comedy. The night before a wedding, a jealous maid of honor Regan, Caitlin Collins, has invited a couple of party-'til-you-puke friends played by Jillian Burfete and Margaret Katch to join her in trashing the bride's suite.

It's about an hour later when the bride-to-be, played by Emily Solt, shows up. The suite is a shambles. Regan, her maid of honor has cheated on her long term boyfriend with a stranger who can't remember her name, played by Mike McNamara. Katie played by Burfete is passed out in the bath tub and resisting the efforts to revive her by another stranger played by Kelly Lusk. Gena, played by Katch, is down stairs looking for someone to sew up the wedding dress that the twosome has ripped apart.

If Bachelorette were a conventional comedy, all of the action leading up to the bride's arrival would be mad cap physical stuff. Stock characters would go through the motions to a set up that would then be resolved with apologies, a few things that would pass as insights and some pairings. Playwright Headland doesn't let the characters or the audience off that easily. There are insights, but they are hard fought and develop naturally out of the action and the characters that come alive in this very well acted production.

Jillian Burfete is enormously funny and pathetic and funny again as the innocent Katie. Margaret Katch's Gena is both an enabler and when it comes down to it, a friend. Caitlin Collins as the jealous maid of honor makes a real serpent, but a wounded one, out of Regan. Of the men, Mike McNamara is the emptily smooth guy who talks a better line than he can walk. Kelly Lusk is the boy inside the man who wants to stay a boy. Emily Solt, as the bride-to-be has the challenging task of arriving in the midst of chaos after the audience has a lot of time with everyone else. Her poise, grace and finally bitter anger are very nicely handled.

Imaginative staging and direction is by the company's founding Artistic Director Randy White. The very classy upscale suite was designed by Shane Cinal. Eye catching costumes are by Nicole Zausmer.