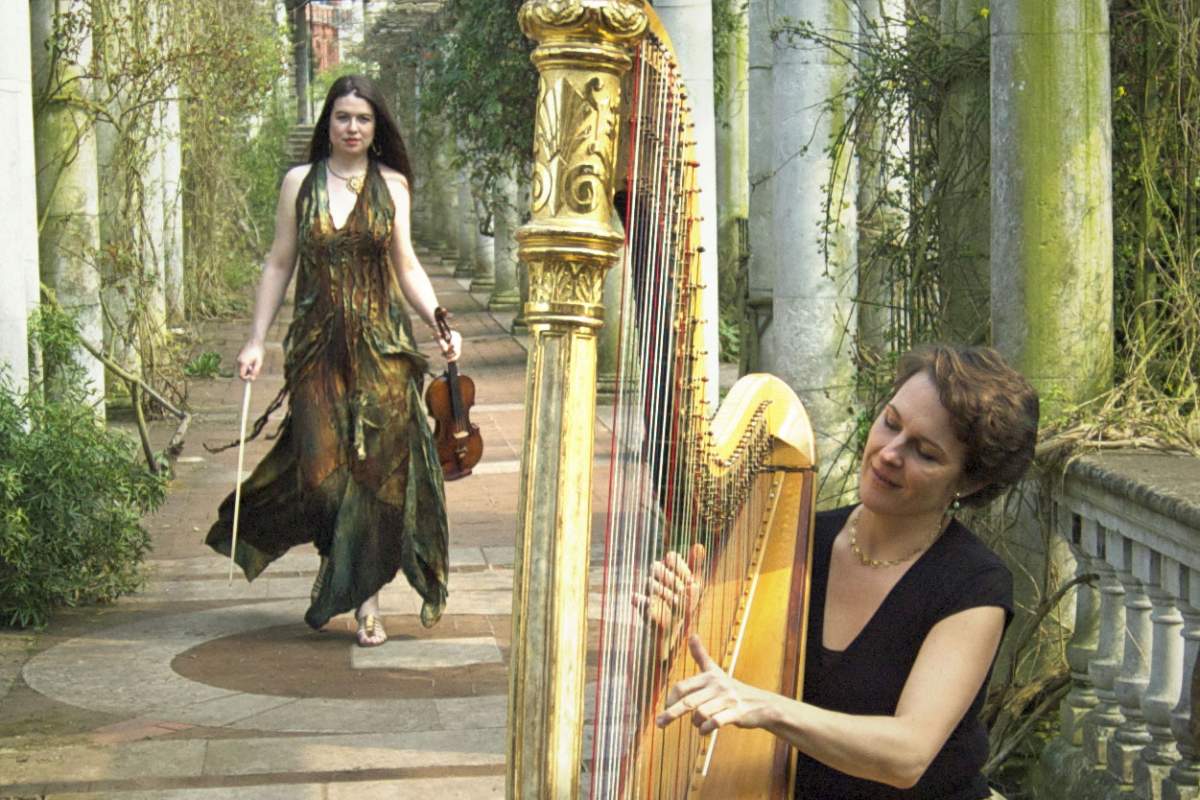 Violinist and musical entrepreneur Lara St. John's latest CD, released on her own label, Ancalagon, is Bach Sonatas. She partners with harpist Marie-Pierre Langlamet for the recording.

Decades Together, An Ocean Apart

St. John and Langlamet are longtime friends. "I've known Marie-Pierre actually almost since I was a little girl. She was at Curtis at the same time I was. So it's been actually decades that we've know each other."

St. John is based in the states while Langlamet resides in Germany. "We recorded in Teldec, in Berlin, because Marie-Pierre is principal of the Berlin Phil' and basically a violin is easier to cart across the ocean than a harp. So that's part of the reason we did the recording there."

Another attraction to Germany was the Teldec studio. "It used to be a beer hall in the eastern part of Berlin, and they made it into a fantastic studio. The acoustics are amazing. It's a great feeling to be there, because it's all natural acoustics; you don't have to add any kind of reverb. It's a real acoustic, and that means a lot to me."

Playing with a harp presents some challenges and bonuses. "Yes, you have to begin the diminuendos a little sooner, and start the crescendos a little later. You have to be very sensitive." However, St. John does have a bit of a confession.

On the last morning, after four days of sensitive recording, I just had to take about ten seconds to play fortissimo, to dig into the amount of sound that's possible from the fiddle I play. But the amount of nuance on a harp is much greater than on a harpsichord, and Marie-Pierre is one of the greatest in the world. I think it's an amazing sound, and I don't think I'll ever be able to go back to the harpsichord.