Avi Katz Likes His Cities Messy And His Art Insightful 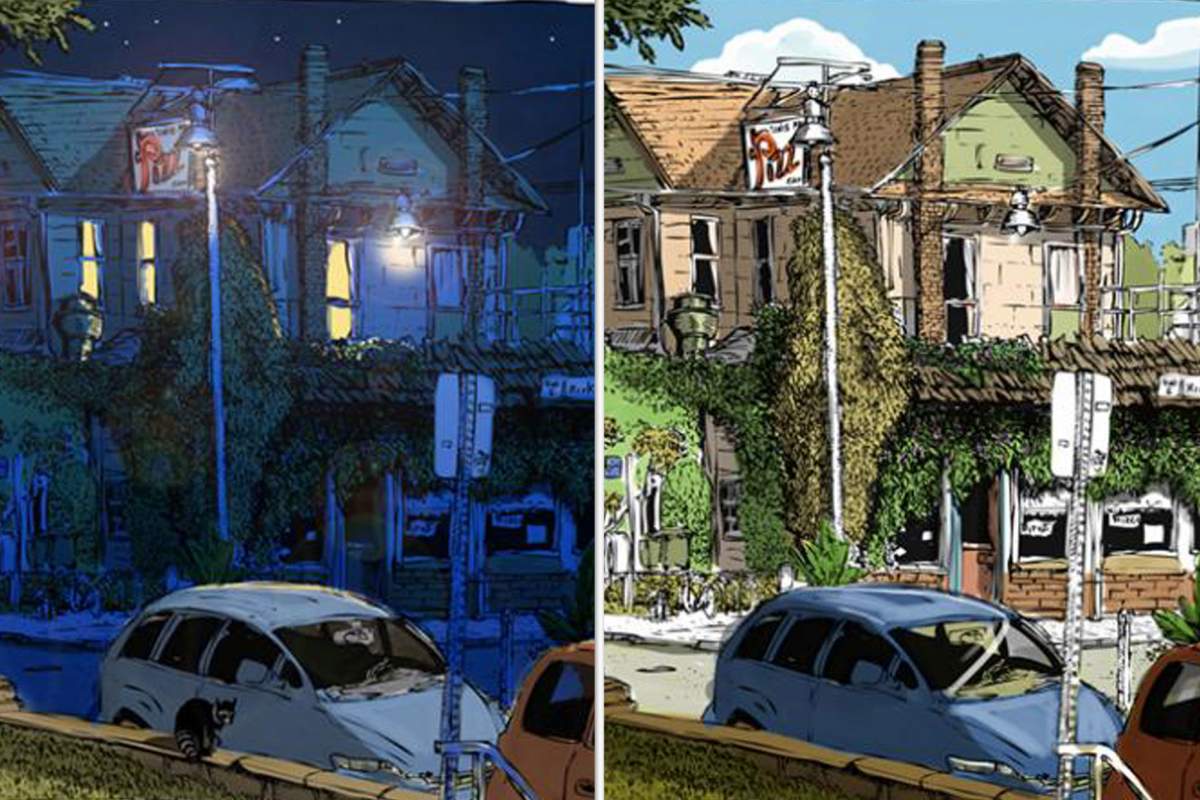 Downtown Bloomington boasts its fair share of smelly, dank, litter-ridden alleyways. It takes a special kind of pedestrian to do more than simply walk by these undesirable spots and to instead see them as worthy of documentation.

That's the mentality Avi A. Katz brings to his artwork. Thanks to his background in animation and his love of graphic novels, his depictions of Bloomington are fanciful yet slightly off-kilter.

Katz and his family moved to Bloomington when his wife enrolled at Indiana University. To better acquaint himself with his new surroundings, he set out to do what he always does in a new town: he sketched it.

"Sketching a place gives me the insights of the place, and through that, I discover the town I'm living in," he says.

He was born and raised in Tel Aviv, which, he explains, has given him a love of "messy" things. When he moved to Bloomington, however, he was disappointed to find that it wasn't very messy at all.

"And then I discovered the alleys," he says.

Katz considers himself an outside to Bloomington, which is why he imagines his work feels like it's coming from a different perspective. "I love that people discover the place they've been living in, all of a sudden see it from a different point of view," he says.

If you look closely, his images are more than just urban scapes. Nature lovers could enjoy seeking out the hidden animals Katz draws into his scenes.

Initially, he did this as a fun game for his kids, but at his exhibition at the Ivy Tech John Waldron Arts Center, he noticed that the Where's Waldo element helped his audience connect with his work in a unique way.

He titled one particular work The Snail And The Cardinal. The cardinal was immediately visible, but he noticed that viewers would stand and examine the piece intently trying to find the snail.

Katz is influenced by European graphic novels and his creative process harkens to his professional life as an illustrator. He sits at a location and sketches it with a pencil. He traces the lines in ink and then scans the image into his computer where he adds color.

Looking at the finished images on his computer screen did not prepare him for what they would look like when he printed them on canvas.

"I was amazed," he says, "which proved my theory that every frame in the those European graphic novels I used to look at could be an art piece by itself."