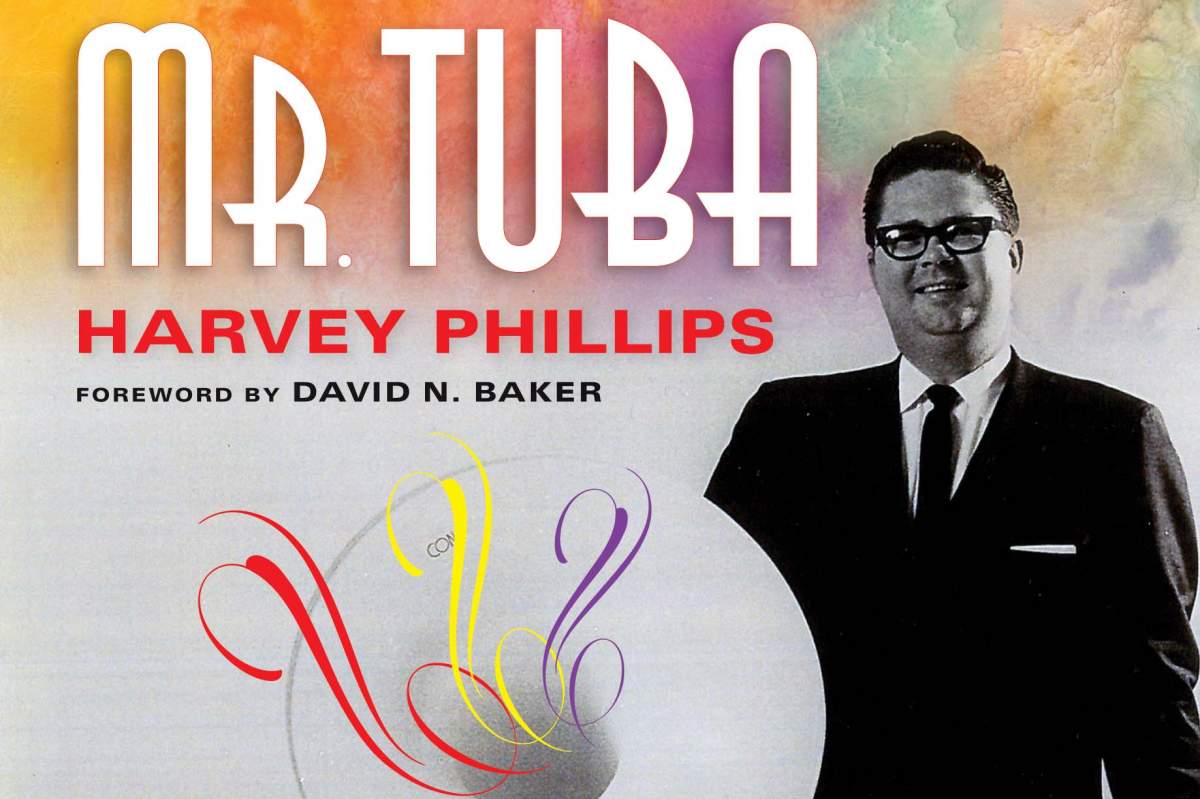 On the south side of Bloomington sits Tuba Ranch, the home Harvey Phillips shared with his wife and three children for almost forty years.

At this house, it's all about the tuba. Even before you enter, a small picture of a tuba player with the words "welcome to tuba ranch" greets visitors at the door.

Inside, Carol Phillips is surrounded by memories of her husband. On the walls are honorary degrees and sheet music composed for their children, arranged next to dozens of family photographs.

But Carol has her own ways of remembering.

"I bought a birthday card...It says something about of all the millions of men I could have had, I lucked out with you," says Carol.

Musicians and lovers of brass music can now hold on to a bit of Harvey Phillips too, through his new autobiography published by IU Press.

Phillips wrote the book with the help of arts journalist Mary Campbell, but died before it was published. The book focuses on his life's work to take the tuba from an instrument that played sea chanteys and polkas to one with a serious solo repertoire.

And it tells how, in doing so, he created opportunities for generations of musicians and composers.

"He did so much for so many throughout his life, and was always thankful for what people did for him," Carol Phillips says. "His philosophy was it doesn't matter who gets credit as long as it gets done."

Harvey Phillips lived a full life; in the book he says his two maxims were "always think big," and "you can't be sure you're doing all you can do unless you're overcommitted."

And the book makes it abundantly clear that Phillips overcommitted himself to the tuba, with tales from the circus tent to the concert hall.

The book also chronicles his friendships with composers such as Alec Wilder, who helped create a music repertoire for the tuba, including suites for all three of Phillips' sons and his wife, Carol.

Carol's favorite passage in the book is a paragraph she says sums up her husband's positive attitude and his willingness to work hard.

Be patient. Keep your mouth shut. Learn as much as you can with your eyes and ears before showing how little you know with your mouth. And wisdom is the result of mature and tested knowledge and experience. And make everyday a learning experience. And it is better to give than to receive. And always be aware of the needs of others. These axioms and others have guided me through many difficult periods of challenge.

Mr. Tuba focuses on Phillips' professional successes, but it's peppered with details about his family, funny asides, and stories such as the one he told WFIU's George Walker in a 2003 interview about his first job performing with the circus.

"We played ride of the Valkyrie to bring out the high wire act or trapeze, we'd give a chord and they'd take a bow," Phillips says. "Then we played ascension music, then once they're up there play da-da-da-DEE-da-dum, then they'd take their bow!"

Carol says now "he's just on tour somewhere;" Harvey Phillips' passion for the tuba is infectious and will live on through his autobiography.

And she says Harvey never got a bad review in his life, and expects this trend will continue with the publication of Mr. Tuba.