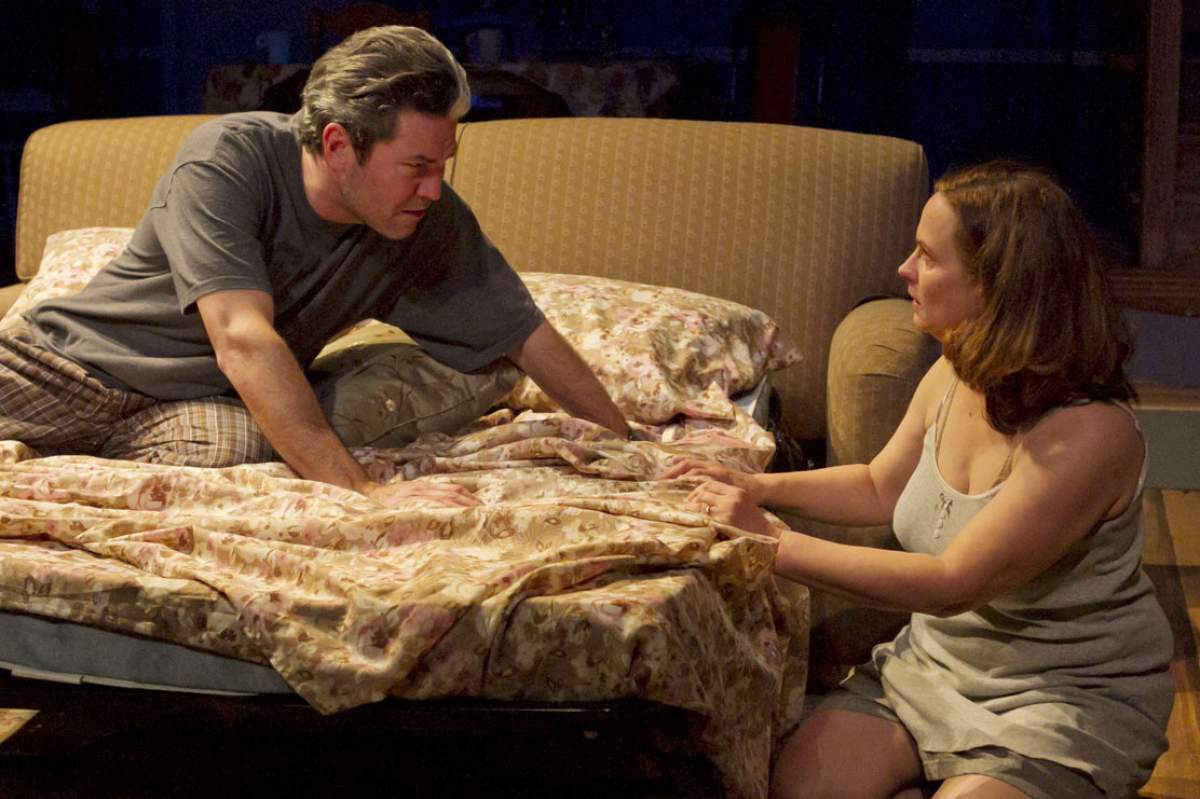 The production is in the very capable hands of Phoenix's Artistic Director Brian Fonseca. Bernie Killians' eye-catching set design of the rambling Weston home uses the full width, the height, and even part of the side, wrapping the play around the audience in the intimate theater.

The Phoenix's production of August: Osage County features a number of actors familiar to both Indianapolis and to Bloomington theater goers.

Ken Farrell was Beverly, the family patriarch. At first, he's lost in a poetic alcoholic fog and later, just lost.

Diane Kondrat as the oldest Weston daughter showed both bravery in her defense, and pathos, as she embraced her own multiple failures, especially those with her errant husband played by Bill Simmons.

Gail Bray was the most sympathetic of the Westons as the stay-at-home daughter who also got her own special doses of maternal abuse.

Dianne Timmerman, long gone but much missed from IU and from Brown County, had the role of the youngest daughter the one who at first seemed to have escaped, but then was see as wounded as any.

A Knife Twist With A Chuckle

August: Osage County is reminiscent of Eugene O'Neill and Tennessee Williams. It's just as dark but with the potential to be much funnier. You may get my drift about the quality of the humor when I tell you that one of the funniest lines of the show has Martha Jacobs, the Weston Matriarch, pardoning a her delivery of the viciously timed revelation that cousins are actually closer kin with the disclaimer that things like this "are handy to know if you need a kidney."

I say humorous potential because by Saturday night of the opening weekend, the audience and perhaps the cast weren't comfortable enough with the play for it to be fully realized. There's so much meanness and pain in the way that these characters treat one another that there was a hesitation to actually laugh out loud.

But, simply the richness of the plot, the complications and the development of the characters as the evening went on was deeply involving and fascinating theater. These values will remain through the run and I'll bet that the play will also become a good deal funnier.