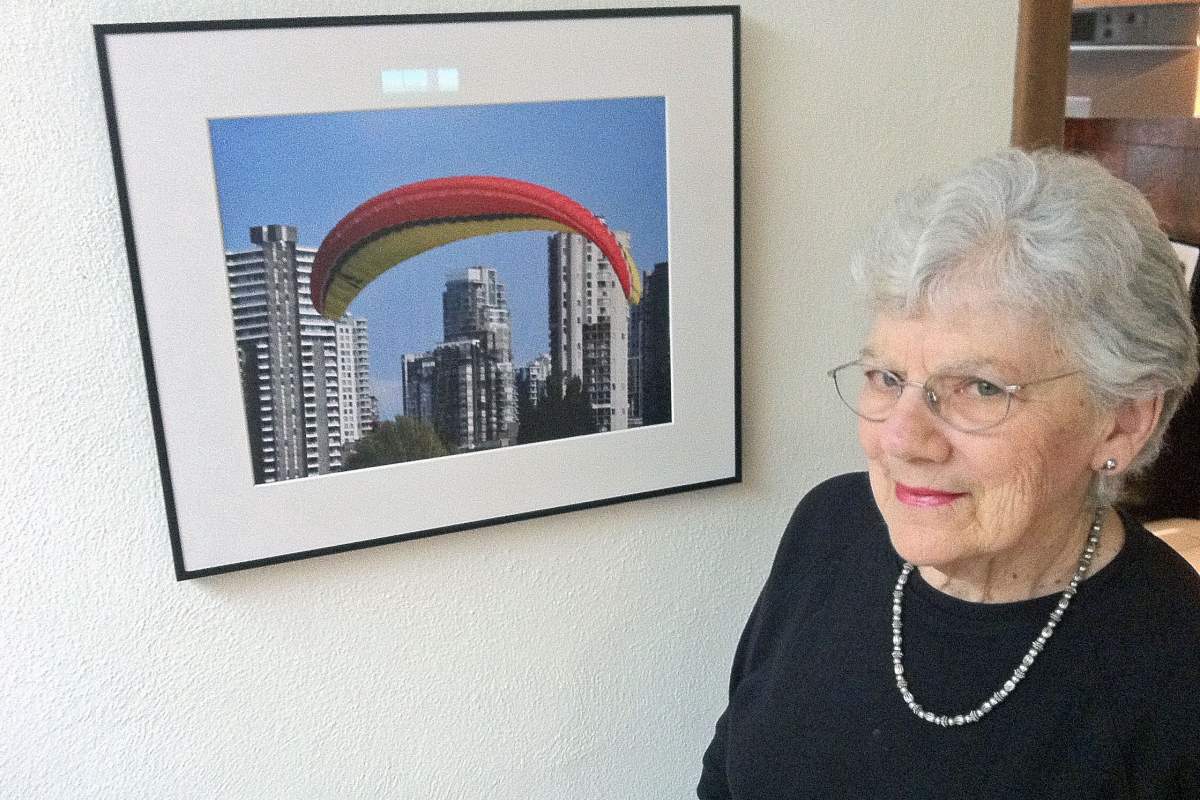 Audrey Heller doesn't go on vacation without her camera.

It's just a point-and-shoot camera that fits easily into a handbag or jacket pocket. Most of the pictures she takes are of the natural world flowers she encounters on a walk, landscapes as seen from a helicopter ride, and perhaps her favorite thing to photograph... "There's another sunset. I've got tons of them."

Most of these images were captured at Sunset Beach in California. She visits there often to spend time with her children and grandchildren. There are photographs like this all over Heller's house, blown-up and framed.

She hasn't always been a photographer, but she has always loved exploring her creativity. "I used to draw and I did a little painting, but I never really had the talent for it. So this has really given me an outlet because I know I have the eye for it and I don't have to have the hand for it."

Heller started taking photos about twenty years ago, once she retired from Indiana University's Speech and Hearing Department.

She says when the time came, she was ready to retire, to move on to the next thing. She's also the artistic director of the Jewish Theater of Bloomington, so she thought she would devote most of her attention to that. The idea to become a photographer came about sort of by accident.

We decided very early on that this was for fun, it wasn't professional. We wanted this to encourage people, because rejection is a terrible thing.

"Shortly after I retired, there was a group of my colleagues who also were retired, decided to get together and have lunch together every so often."

One particular lunch was held at Jean Anderson's house, a former colleague of hers from Speech and Hearing.

"And she had all these beautiful photographs on her walls. So I asked her, ‘Jean, who did those?' ‘Well, I did!' I was just amazed. I had no idea that she had this kind of ability."

Heller wondered how many other retirees might be exploring their artistic sides. She joined forces with Sue Eklund and Moya Andrews in the Dean of Faculties, and a planning committee of six retirees from various departments to organize the first Art Exhibition for retired faculty in 2002. "We had it in the Union building in this big room that used to be a study hall that's now Starbucks. Things change, right?"

The Emeriti House was inaugurated two years later, and that's where the exhibitions have been held ever since.

For the first few years, the exhibit committee asked students and faculty from the art department to select the works to would be included in the exhibit, but they didn't often agree with the decisions. So, Heller's committee took over the judging. One important rule the judges have followed since the beginning everyone gets at least one submission.

"We decided very early on that this was for fun, it wasn't professional. We wanted this to encourage people, because rejection is a terrible thing."

Now in its thirteenth year, the exhibit is open to retirees and their partners. Heller and her husband Ken both have photos on display. There's also woodwork by retired biology professor George Malacinski as well as watercolors by former chair of the School of Education Jerome Harste.

Some of the works are for sale, but not Heller's photographs. Over her 20 years with a camera, she's sold one image it was another sunset from that California beach. She kept a copy of the photo. It's stored somewhere in one of the boxes in her office, she doesn't know where. The printed image doesn't seem nearly as important to Heller as the experience that led her to taking the photo.

"You know, there used to be this old idea that when you retired, you just retired to your rocking chair. Well, that never worked."