At First Sight, the IU Theatre's The Black & Brown Guerrillas

The Black & Brown Guerrillas by Christin Eve Cato, a manifesto for the modern revolution

As we were waiting for the zoom production of The Black & Brown Guerrillas to begin, Christin Eve Cato the playwright described her pandemic summer of thought about the story and its characters. She went back in time to 1898 in Puerto Rico. Through the foundation of the early Black and Brown Guerrillas as a New York City block protection group. Up to the split in the group between revolution and compromise. The a -historical success in Washington D.C. The disaster in Puerto Rico that put the leader Evaristo in Jail. And the eventual compromise that led to Keisha’s presidency in 2040.

Director David Kote appeared and heartily wished for a return to the stage, where the actors and the audience came together to create the synergy that is live theatre. He seemed to think that the necessity for zoom technology robbed the actors of their craft. Although he made no excuses for his efforts, he seemed apologetic about the need to relying on his stage manager, the lighting and sound artists and even the musical backgrounds.

Then, The Black & Brown Guerrillas opened with Carolyn Lee Sanchez as a mock Marine leading a group of quasi-soldiers to keep order…all responded to by the group. a modern piece that ranges across time periods and yet seems all of a piece. Catherine Barker as Marie the host of 20-After-20 and her interviews with Christopher Centenaro as Evaristo are the glue that keeps the play together. Every time we venture out in time and place, we come back to the studio…even in an early scene when she’s on the street as a young reporter interviewing Evaristo. It’s Maria who coins the phrase, “masked vigilantes of the disenfranchised.”

It’s Evaristo who agrees that Devin Cook as the young Preston should be the captain of the far away borough of Staten Island. Later its Evaristo who splits the Black & Brown Guerrillas into a revolutionary group that’s d arming protesters in Washington D.C. and going to Puerto Rico with his more or less willing partner Ray, the wonderful Enoch King. This leaves Evaristo in a lurch as Carolyn Lee Sanchez, a wonderfully expressive Willow, counsels him to give himself up for prison.

The rest of the group complete with a former member of the Black Power movement from the 60s backs Keisha for a seat in the New York State congress. As the years roll by The Black & Brown Guerrillas become the Freedom Party as both the Republicans and the Democrats implode. Twenty years later, Keisha, Ebony Edwards, is the graciously surprised Madam President surrounded by her former revolutionaries.

Evaristo is released from jail. And he still is clinging to his past revolutionary efforts. They are what kept him sane while he was serving out his sentence. He still isn’t willing to embrace the legislative successes of his former colleagues. Even though they include the abolishing of the Second Amendment with the setting up of a nationwide police force, and other gradual successes in the Congress.

Mixed in with the story is the account of the young Lilian, Kara Raiteri who’s stuck in a cage at the American Mexican border. Her impassioned messages to her mother about the conditions are heart rendering. It’s only later that we see her as a grown up in Keisha’s administration that we can forgive the death of her sister, acknowledge her connection with her mother and perhaps forgive her earlier treatment.

One of the things that rather amazed me during the show was the ease with which the play moved from time period to time period without losing a beat. It was easy to follow and although the Ideals Manifesto…all ten…in the first act and the extended paen to Puerto Rico that began the second act were a little long for my taste the zoom production mostly worked. By now, I’ve seen a lot of zoom so perhaps I was prepared to let some things go.

The Theatre Department may release it for later viewing.

At the Theatre for you, I’m George Walker. 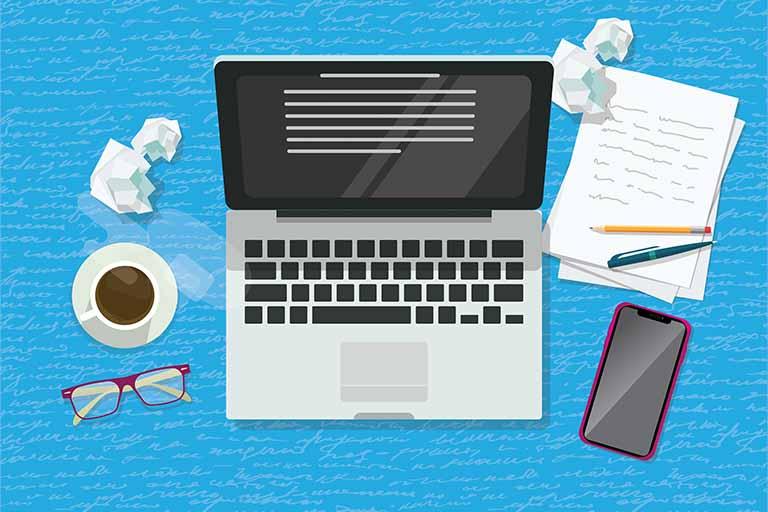 The Black & Brown Guerrillas was created durng the pandemic this past summer by Christin Eve Cato. It's a passionate rethinking of events that span from 1898 in Puerto Rico to 2040 in Washington DC. David Kote directs the zoom production even though he yearns for the live theatre where actors and audience come together.

It's a complicated story that is strangely easy to follow if my experience with it matches yours. Listen as I recount the story.