Think Outside The Practice Room At 'Arts Start Up Seminar' 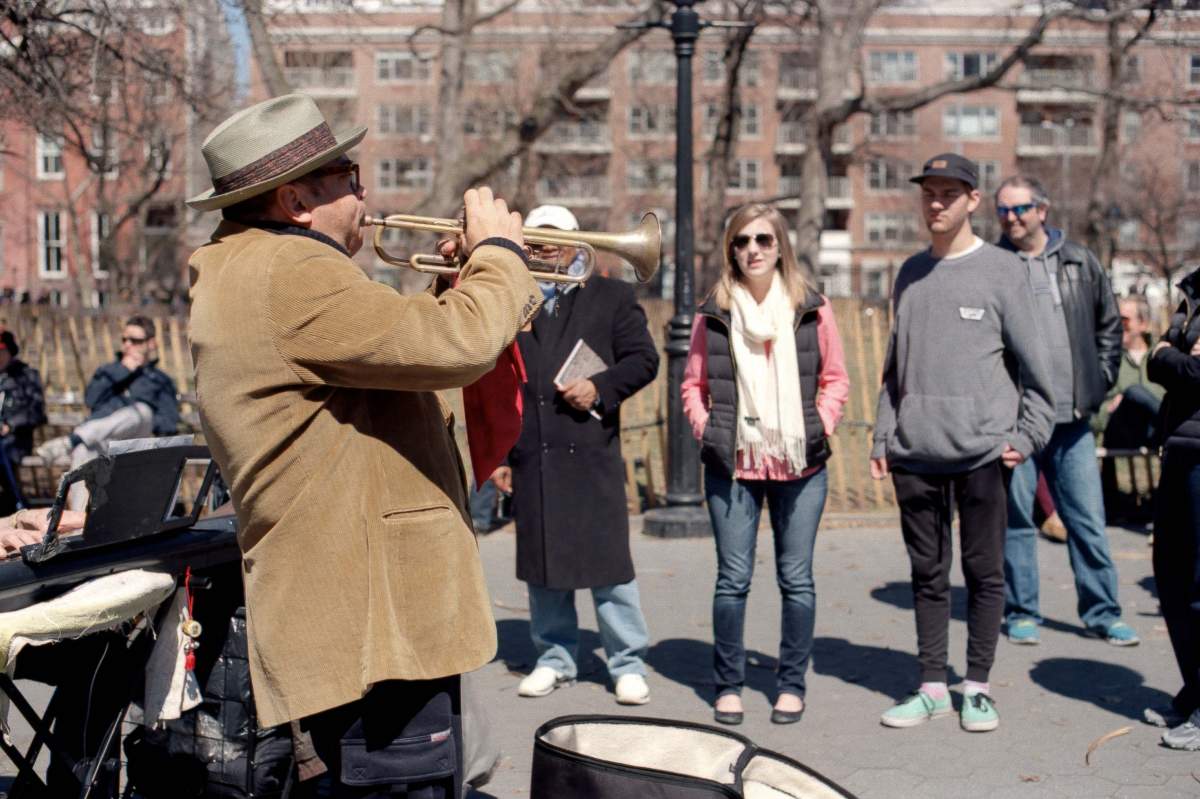 Miro Sobrer wants to be a professional musician. He's got a variety of skills he plays trombone and piano, and he's starting to compose music.

As a jazz major at Indiana University, he performs regularly. He's been noticing something about his concerts that probably most Jacobs School of Music students take note of empty seats.

"If you go to the top jazz ensemble at IU, one of the top music schools in the country, you might see 50 people in the audience," he says. "This is a university of almost 40,000 people." He speculates the problem is not that students don't want to attend music performances; it's that they don't know about them.

That's where his Student Community Involvement Project (SCIP) comes in. He doesn't want to bring student to the Musical Arts Center. Rather, SCIP would bring IU performers into cafeterias, green spaces and common areas. Think of it like a group that organizers pop-up performances.

Make Your Own Career

Alain Barker works through ideas like this, with students like Sobrer, all the time through the Jacobs School of Music's Center of Entrepreneurship and Career Development.

"There's a shift in culture on campus, within the Jacobs School of Music and campus in general, that really supports the idea of students developing their own projects in addition to what they do in their studies," says Barker.

Over the past 15-20 years, the Jacobs School and classical music in general have developed a distinct sense that they need to be connected to the outside world in a meaningful way. In his experience, the musicians who are most successful are all about collaboration and community building.

The idea is I want it to be something that stays in the community and continues to benefit the community, whether I can be here to keep running it or not.

"And essentially how, as a musician, you need to be thinking of yourself as a cultural entrepreneur, as somebody who thinks more completely about what you're doing, rather than just be focused on technique and knowledge," he says.

If the schedule at the Buskirk-Chumley Theater is any indication, students are learning that lesson. Indiana University-affiliated events represent one-third of the activity that happens at the city's theater.

"We at one point had a Christian punk rock music festival at the theater," says Danielle McClelland, executive director of BCT Management. "Who knew that was even a genre, but because that person had that idea, we were able help them make that happen."

McClelland is also the founding producer of the Bloomington Pride Film Festival, an example of a big idea that has developed into one of the city's signature arts event. She remembers when they started exploring the idea of showing movies at the Buskirk some twenty years ago. One of the first actions was to secure a donation of a projector and screen from Indiana University.

"That was all well and good, now we had the equipment. But then, what would really work financially to show film at the theater? Because there really was a reason why the old downtown movie theaters failed financially," she says.

She worked with two IU arts administration students to conduct a survey and find out what the Bloomington community would support. Their data indicated that an LGBT film festival would fill a need.

"And, not only did they believe that that was the best way for BCT to go, but they wanted to start it," she says.

13 years later, long after those two students graduated, the Pride Film Festival is now run, in part, by a group of Bloomington community members.

If she were to conduct that survey today, McClelland is pretty sure she knows which demographic the results would say should be the focus of the next big idea in the arts.

"We have an increasing number of students on campus at IU, and consequently community members, who are new immigrants to the United States," mostly from Asia, she says. "And we don't see that many of them here at the theater. I'm not sure what the event might be, but I'm hoping someone else has that idea."

Create A Program That Lasts

Budding cultural entrepreneurs will bring their ideas to this weekend's Arts Start Up Seminar, where McClelland and her staff will teach attendees what it takes to turn their vision into a reality.

Miro Sobrer will be there. He wants to create a website for SCIP to make it easier for performers to connect with possible audience members. "The idea is I want it to be something that stays in the community and continues to benefit the community, whether I can be here to keep running it or not."

But first, he admits, he needs to better understand what the community wants.