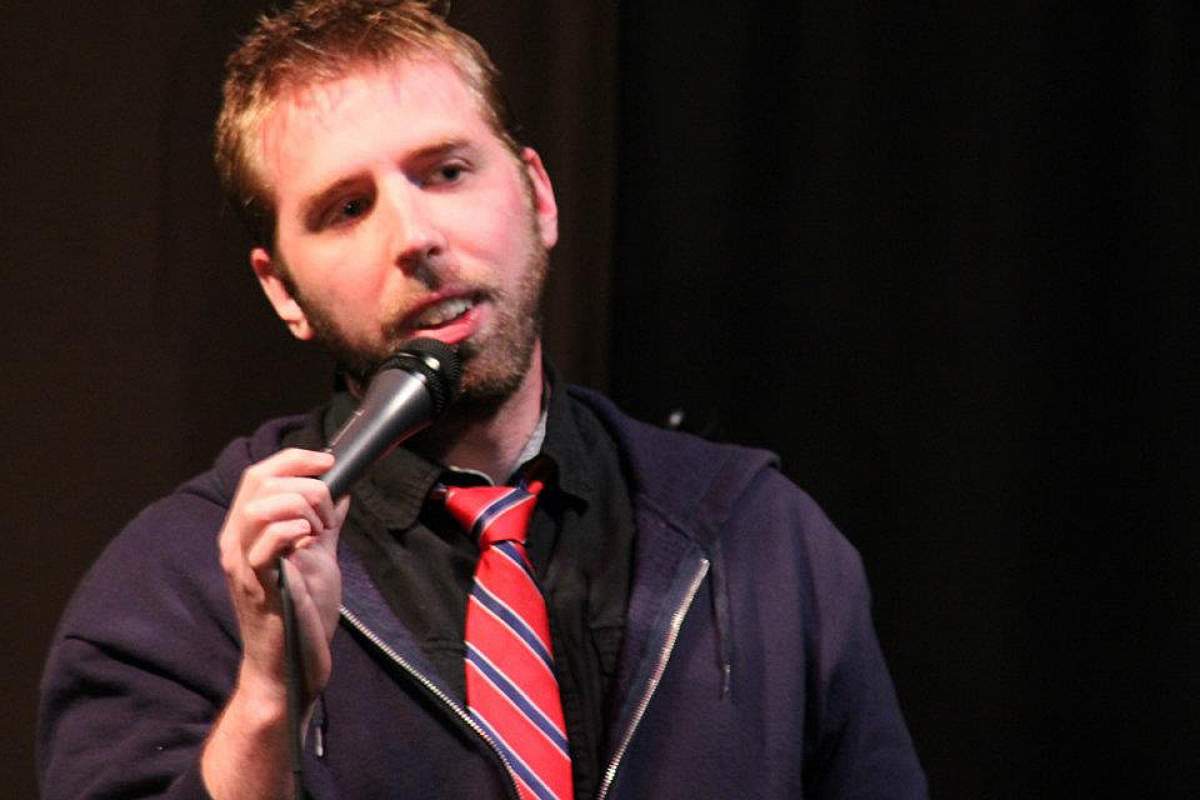 On a recent Thursday evening at the Comedy Attic, the crowd is thin but ready to laugh. And for the first time since being crowned "Funniest Person in Bloomington" Jamison Raymond gets to go on stage as the headliner.

Comedian Jamison Raymond has been performing stand-up for only four years, but last month he beat out more than 30 other comedians to win the Fourth Annual Comedy Festival at Bloomington's Comedy Attic.

It was a big win for Raymond because he hopes to make comedy a lifelong career.

Finding His Way To Comedy

Despite his recent success, Raymond didn't always know he wanted to be a comedian. He went to college to become a writer, then got a teaching degree, but he never taught full-time. While searching for his passion, he found comedy. Raymond was hooked after his first open mic.

"That open mic was the first time I got on stage for five minutes and told my own jokes that I wrote, and when I got off stage I was like I want to do this forever, I don't want to stop," says Raymond.

He got laughs the first time, but after that it got hard. He bombed. A lot. Now four years later, each set gets a few more laughs than the last. But he's still learning.

"I don't really know how to write a joke yet," Raymond says. "I'm barely figuring it out. I know what I'm supposed to, and there are maybe three jokes that I have that I sat down and went 'here's the set up, here's the premise, here's the punch line, done.'"

Raymond says the most common critique he gets is that he explains things too much. He doesn't leave enough to surprise. So he tries to edit down his jokes, taking out a line here, a line there.

His passion has become his life and he does comedy whenever-and wherever-he can.

All of this performing on the road has helped him improve his act.

"There's something about driving all night, getting to a crappy hotel, and then spending all day there alone, and walking up on stage in front of a bunch of strangers that are all drunk and making them laugh that makes you instantly better," Raymond says.

Thompson gave Raymond his first paid job in comedy, as a host for the touring comedians that come through Bloomington. Now he gives Raymond feature slots, right before the headlining act.

"He plays on the audience's knowledge of geeks, dorks. He understands that is something people relate toâ€¦He is genuinely as into that stuff as he says on stage," Thompson says.

Although Raymond plays off his actual personality, that doesn't mean it's easy to write jokes. He rehearses each one-its timing, rhythm, word order.Â For Raymond, no topic is completely taboo, but he wants to make sure each joke has a nuance. Raymond says:

Philosophically I would love to believe that laughter helps heal things. With that mentality, you can't go wrong. If you can make it funny, it's going to help people that are in a difficult situation. That if you can make them laugh at it, that's going to help the process. But it's about learning to do that, and knowing what you can and can't do.

Raymond is aware of some of the pitfalls to stand-up, and many of his jokes start simply as funny things that happen to him.

After four years of comedy, Jamison Raymond's goals are modest: he wants to write short stories and perform comedy in New York.

"I would like for every 50th coffee shop I go to for someone to be like â€˜dude I love your comedy album'â€¦I want to be a cult phenomenon," he says.

Now, Raymond's got his sights set on a TV appearance. Maybe not this year, but hopefully soon.