Artist in the Making: Roger Kalia In His Own Words 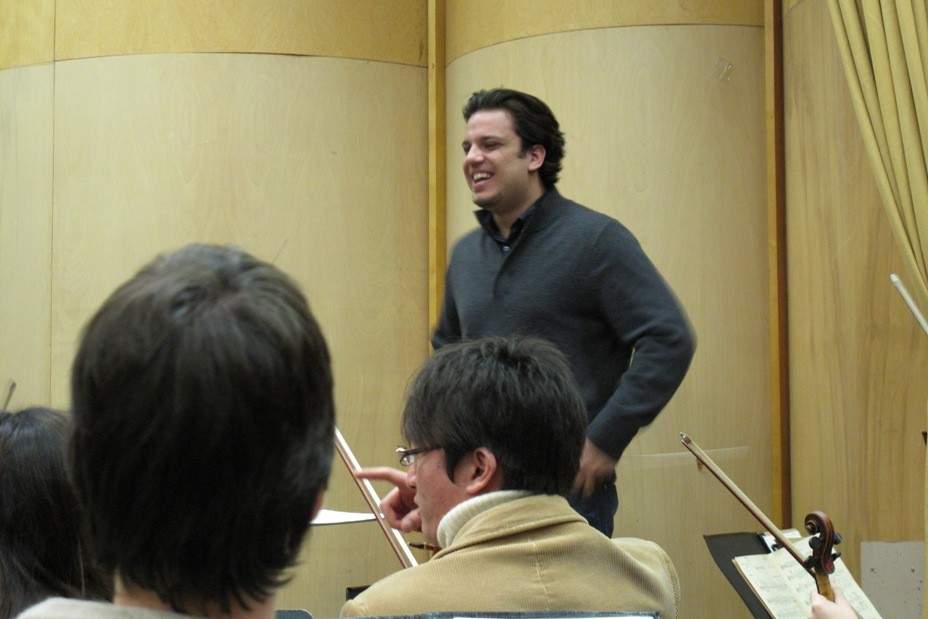 Artist in the Making is ongoing series detailing the lives of creative individuals as they emerge into the artistic community. Last fall, we focused on artists as they began coursework in their specific field. And this winter and spring we'll be looking at the other side of the coin as we meet another group of students on their way out.

Our first new artist is orchestral conductor Roger Kalia, a doctoral student at the Jacobs School of Music. Kalia has a few professional experiences under his belt. In 2011, he was awarded 2nd prize in the inaugural Memphis Symphony International Conducting Competition, giving him the opportunity to guest conduct the Symphony in their Masterworks Series last October. He also recently completed a stint as cover conductor with the Charlotte Symphony, and he serves as the current music director of the Columbus Indiana Symphony.

We'll be checking in with Roger throughout this semester as he completes his coursework and prepares for both his final recital and the professional auditions that will help determine his future career.