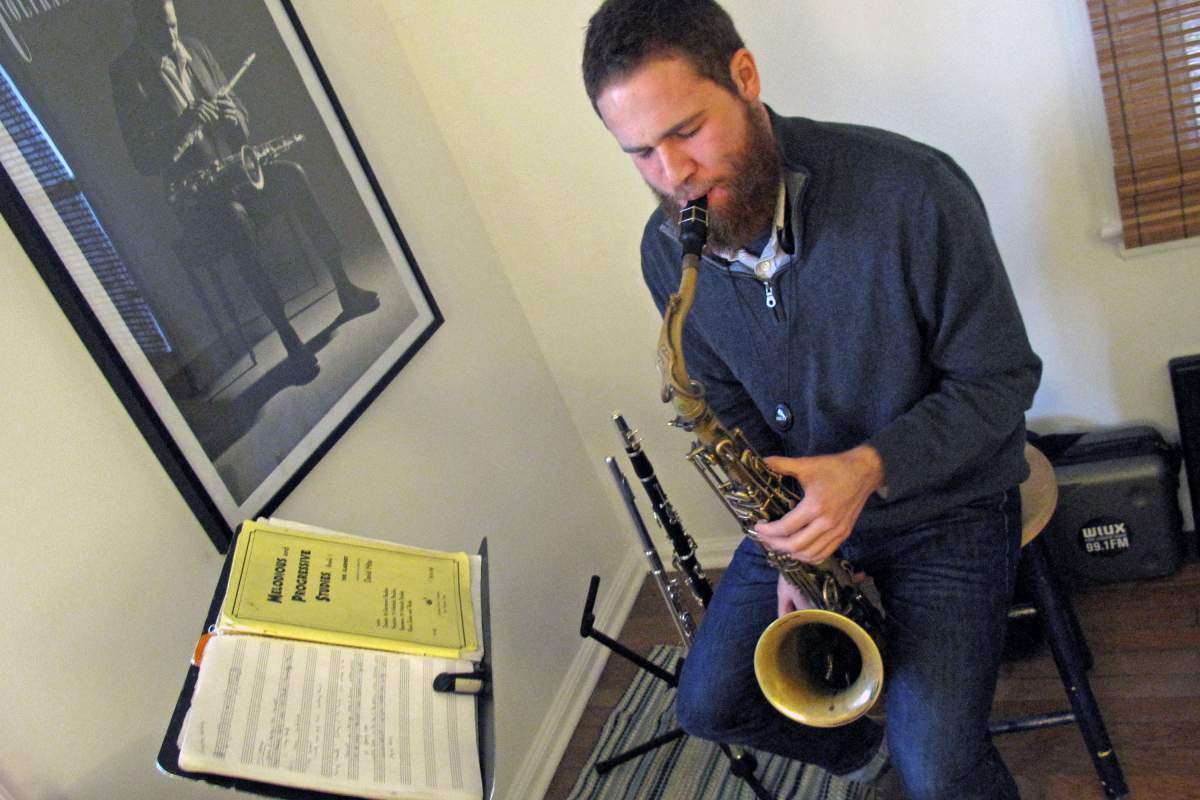 It's been a challenge for Hunter Diamond to learn to play the flute. The embouchure it requires is so foreign to that of his primary instrument, the saxophone, that he says it was tough to get any sound at all when he first started.

After three semesters of studying both flute and clarinet with graduate student instructors at Indiana University's Jacobs School of Music, this senior jazz major can now masterfully whip through etudes on both instruments.

His goal is to get to the point where he improvises on flute and clarinet as effortlessly as he does on saxophone, but for now, he's still learning basic technique.

A Musician Of Many Instruments

As Diamond approached the end of his time at Indiana University, he realized that many more doors would open for him for post-college employment if he played multiple instruments. "Unless you're really at the top of your field as a jazz saxophonist," he says, "you have to take some gigs that aren't always in the top jazz club, playing your own music, with your favorite musicians."

He's hoping his skills on multiple instruments will eventually land him commercial gigs or even a position playing in a pit for musical theater performances.

His first opportunity to land a job is coming next month when he auditions to be a musician on a cruise ship. "I've kind of idealized it as a Masters in Performance in Woodwinds in a non-conventional kind of way," he says. "I'll be playing every day, and I'll be constantly required to step-up my game on these instruments I'm less familiar with."

After four years of studying jazz, he's excited to continue his education in a "non-conventional" way by trying his luck on the performance scene.

"Jazz musicians don't find regular work that easily anymore, and more and more highly trained and amazing jazz musicians are coming out at a younger and younger age it seems," he says.

Nevertheless, he has a plan for differentiating himself from other young musicians. "The most important thing now is to find something unique about my playing that I can market in a positive way."

More: See photos of Diamond performing with his Black Diamond Quartet at a recent gig at the Pour House Café (Bloomington, Indiana).