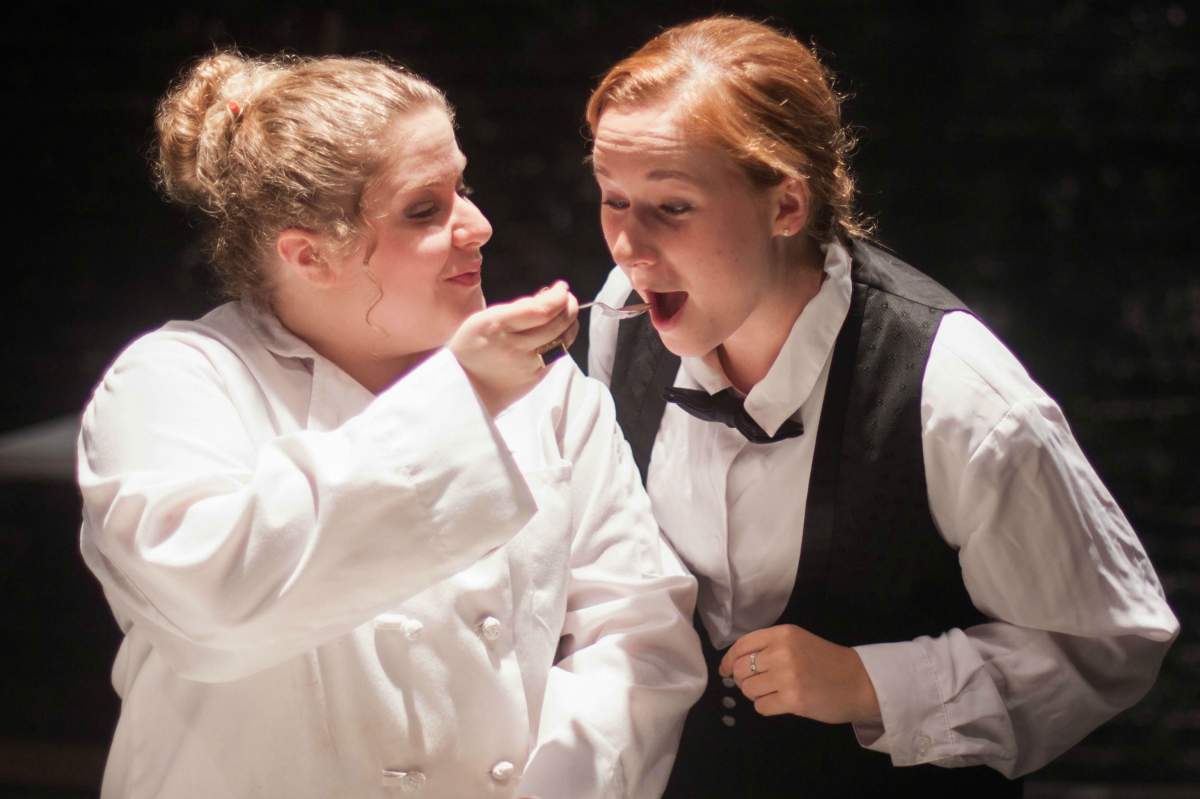 "Playwright Tina Howe has won many awards for plays that range from the realistic to the absurd and The Art of Dining is her funniest play," says Saint Mary-of-the-Woods College's theatre director Sharon Ammen.

"In the play two friends; Ellen a gourmet chef and Callie a gourmand eater decide to open a restaurant. The set for the café is on the realistic side, but the characters, aided and abetted by our director Brandon Wentz are a bit outsized and a bit on the absurd side."

"We'll have three tables of guests. There's a couple that seems to be substituting food for sex. Next is a trio of three business women, one of whom is always dieting and failing. And then, there's a shy writer meeting with a prospective publisher and simply scattering food everywhere. Conversations and the humor all overlap."

The cast draws on a variety of students from Saint Mary-of-the-Woods. "Chef Ellen is played by Kelsie Uselman who's a theatre major with music minor," says Ammen. "Eater, Callie will be Sherry Bube, a music therapy major who was in last spring's The Sound of Music." In another, Ammen mentions that "the show's even funnier if you know that a student who played the staid Mother Superior in last spring's show plays a far from staid café patron in The Art of Dining."