College Gamers Take It To The Next Level 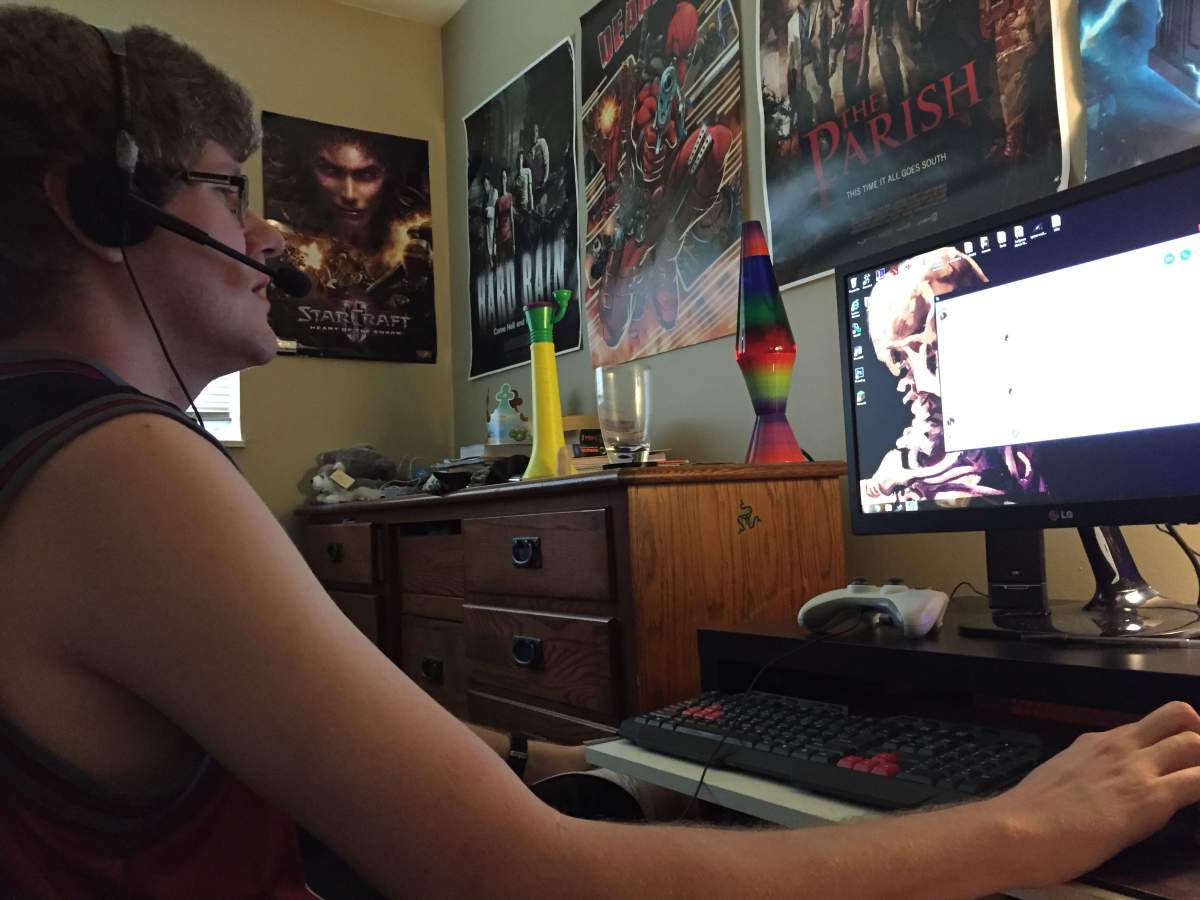 For at least two generations, video games have been a go-to source of entertainment. But their status as an art form or area of scholarship is less well established. This summer, The Media School at Indiana University received final approval to offer new degrees in game design and media. But students on the IU campus have long been creating video games on their own.

Video games have always been important to Dakota Hotchkiss. He's loved them since he was three.

"I remember playing video games on my dad's Sega Genesis, his Nintendo, his Super Nintendo," Hotchkiss said. "That's when I knew I wanted to make games at that very young age. I was interested in the technology coming out and I definitely wanted to be a part of that."

When he first arrived at Indiana University, he wasn't sure what to do. He chose a telecommunications major because it closely matched his interest. But as soon as the Media School approved a video game design degree, Dakota made the switch immediately.

Without any professors being involved, we sat down and we did this ourselves. We ran the studio from top to bottom.

Dakota is a member of Hoosier Games. It's a student-run on-campus club that produces video games. Several teams in the club are working on various projects, from basic games to apps for phones. Dakota is working with six other students to create a game they're calling ‘Hell Paws.'

‘Hell Paws' stars a cat called Sordello that must travel through the circles of hell. Sordello shoots fireballs at different creatures in order to complete levels.

The idea for ‘Hell Paws' came from Angela Lograsso, the team leader for this project. A telecommunications instructor gave her an assignment to create a basic video game.

"So I thought about my two favorite things," Lograsso said, "and was like ‘Well, I really like cats and I really like Dante's Inferno so maybe there's some way I can put those two together. And the idea of Hell Paws was born after that."

"That's one of the things I tried to focus on from the start was thinking ‘How is this going to feel to the player? What am I trying to present to the player?" And I came upon this idea of wanting to present a whimsical kind of dark comedy sort of thing."

Angela's overriding concern for the look and feel of the game begs the question of the medium's status as art.

"Honestly, I see games as the newest art form, so to speak," Lograsso said. "With paintings, with music, with books, like, all of that is a one-way relationship. The producer is just showing their content to the viewer and the interactivity ends. But with games you're constantly getting feedback from the player and it's so much more of a connection between the content creator and the person who's taking in that content."

Edward Castronova, director of the game design program and chair of media arts and production, sees video games as similar to theater.

"It's like you're writing a play for an audience," Castronova said. "You don't have any actors that will do what you tell them to do. Instead, people are going to walk up onto your stage and do whatever the heck they want with what you have left there. It's kind of like the ultimate collaborative theater."

The ‘Hell Paws' team has held weekly Skype sessions during the summer to keep working on the game while some team members were out of town. They'll continue their progress less virtually now that the fall semester is beginning. Along with degrees in video game design, this experience, Castronova argues, will be critical to finding careers in the video game industry.

"In any kind of production field," Castronova said,  "what the employers really care about is ‘Can you do this? Have you actually ever done it?' And I feel like the experience someone gets in Hoosier Games is incredibly powerful. It just says ‘Without any professors being involved, we sat down and we did this ourselves. We ran the studio from top to bottom.' And that's where they are right now. They are a fully-functioning game studio."