The Art Of Bringing Death To Life 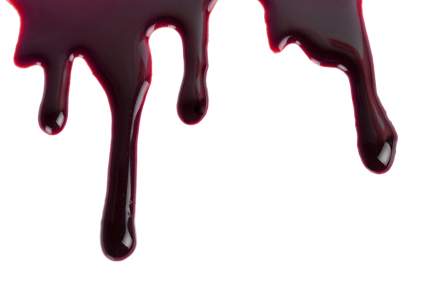 IU Theater's production of The Duchess of Malfi, John Webster's seventeenth-century British tragedy, was replete with gory and gruesome deaths. Sound designer Andrew Hopson and costume designer Emmie Phelps worked to amplify the play's sinister effect. Experimenting with props ranging from a chopstick to uncooked lasagna noodles, Hopson sought to come up with a suitable suggestion for the sound of a neck-breaking.

It's not a sound one hears every day, thankfully, making his job that much simpler.  He didn't have to be accurate, so much as evocative.  That's what Foley artists do.

The cast was experimenting with carrots when I came into the process, and it was pretty underwhelming it sounded like a carrot breaking.

"Foley arts were originally developed for radio plays where they would not be able to go to a location to get the sound effect they were looking for, but they learned to reproduce the sound in the studios," Hopson says. "A lot of it involved specialized equipment, such as doors, built into frames they could open and close to create the door sound effect, or just taking a pair of shoes and just walking on the top of a desk to make footstep noises."

Creating sounds to enhance the play's believability is just one aspect of stagecraft.  Bringing life to a theatrical production also involves appealing to the audience's visual and tactile senses. This is where special effects come in. In The Duchess of Malfi, the murders needed to look as gruesome as they sounded. Phelps' best approximation for blood turned out to be "a watered-down chocolate gravy," as Phelps describes it.

The stage blood is made out of corn starch, water, white corn syrup, food coloring and a little bit of chocolate. It's equal parts of all of them and you mix it all together. It kind of dries hard like real blood.

It was a long process of trial and error before Phelps stumbled on a facsimile that would not only look realistic, but behave like real blood, and allow the actors to get up close and personal with it.

Phelps says that the hard work that goes into special effects creation is extremely worthwhile.

"I think it adds a whole new element to a show, especially if you're not going in it expecting for there to be that much blood and gore," she says. "I think when it's tastefully done it really amps up a show."