When Art Aspires To The Condition Of Everyday Life 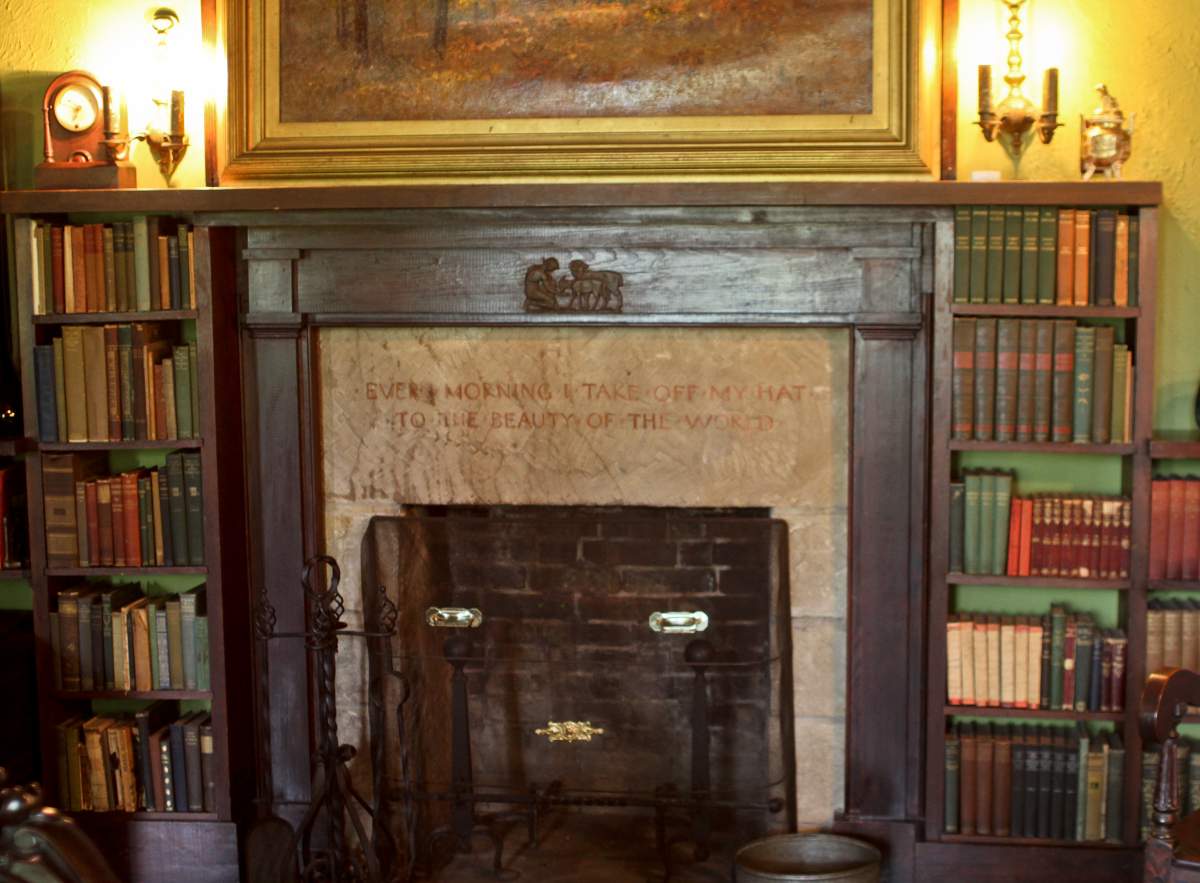 The design trend now called the Arts and Crafts Movement originated in England. It was a rejection of the profit-driven industrialization that began to overtake the manufacture of individual goods in the mid-nineteenth century.

Inspired by the work of writer John Ruskin, designer William Morris spearheaded the movement that prized handcrafted over mechanically produced material, the human spirit over mechanization. Arts and Crafts eventually made it to the States, where it became associated with such legendary designers as furniture-maker Gustav Stickley and architect Frank Lloyd Wright.

Arts And Crafts' Flowering In The Midwest

An exhibition devoted to the Midwestern branch of Arts and Crafts is currently on view at a place where the movement's spirit is readily evident, the T.C. Steele Historic Site in Brown County. The show, Arts and Crafts Moments, Simplicity in Design, showcases regional ceramics, furniture, book design, metalwork and textiles.

Continuing through March 30, 2012, the exhibition consists of three rotations. The first rotation of the show, scheduled through April 30th, 2011, highlights the Steeles' permanent collection. The second rotation, from May 3 through November 11, will showcase Arts and Crafts pieces from the Indiana State Museum. From December 15 through March 30, 2012, Arts and Crafts objects from private collections-including textiles and costume pieces-will be on view at the Steele site.

Continuity From Canvas To Craft

The venue is an appropriate one. The Brown County site was home to famed Indiana painter T.C. Steele during the last two decades of his life. An American Impressionist whose hand work is readily evident in the dynamic, textural brushwork of his canvases, Steele was a member of several Arts and Crafts societies in Indiana. He lectured and published frequently on the significance of the simple, hand-hewn objet d'art.

Construction of The House of the Singing Winds, as Steele christened his hilltop home, began in 1907, when Steele was at the height of his professional life, winning awards in expositions from Chicago to Paris, being featured in national art periodicals, and painting portraits of every governor and university president in Indiana.

Steele built the home upon marrying his second wife, Selma, who was herself a professional artist and arts administrator. According to Christine Atkinson, Arts Program Developer at the site, the Steeles "made deliberate choices about decorating their home and even in the architectural elements of their home" that reflected their commitment to the ideals of the Arts and Crafts Movement.

The array of choices the Steeles made for their poetically named house includes pottery from Rookwood, Overbeck, and Brown County; hand-textured copper and pewter pieces; a "Mission"-style chair that might well be a Stickley and a lampshade that is, for sure; a well-used supply cabinet, whose attractive joinery clearly distinguishes it as a Craftsman piece. The paint that has been left spattered all over the cabinet provides a literal manifestation of the Arts and Crafts ideal of integrating art and life, joining the decorative and the functional.

The Art Of Living

"These things weren't just collected to be looked at," says Andrea de Tarnowsky, manager of the historic site, which is part of the Indiana State Museum system. "They were collected to be used and to be part of their everyday lives."

Maybe even more than in some iron-clad adherence to what we think of as "The Craftsman Style" in the objects they collected and the way they decorated, the Steeles manifested their commitment to the ideals of the Arts and Crafts Movement in their insistence on the liveability of their home and their things.

Ultimately, lifestyle prevailed over stuff. T. C. Steele took the Arts and Crafts credo so seriously, he had it etched into the hearthstone in one of his original studios. "It has seemed to me," begins one of Steele's guest lectures, "that the greatest of all arts is the art of living."