Inside the Music: Arranging the Stars and Stripes 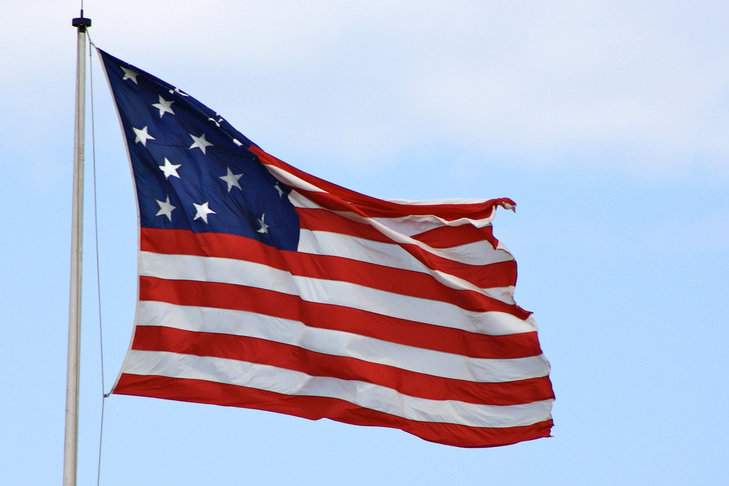 We've heard countless different arrangements of "The Star Spangled Banner" before, performed by Whitney Houston, Renee Fleming, Jimi Hendrix, and hundreds of others. Our National Anthem is as ubiquitous-and as American-as apple pie and hot dogs.

It's really important that we hear the complete song once in a while, because if we just hear the first verse by itself we're missing out on the complete story

This year marks the bicentennial of Francis Scott Key's "The Star Spangled Banner," written in September of 1814 while Key was involved in a prisoner exchange with the British Army during the Battle of Fort McHenry, one of the important battles of the War of 1812. Key later set it to a popular British tune, "To Anacreon in Heaven." It wasn't until 1916 that President Woodrow Wilson made it our National Anthem.

Over the years, performances of "The Star-Spangled Banner" have become truncated versions of Key's original song.

So how do you do you breathe new life into a 200 year old work? For the chief arranger for the Carmel Symphony Orchestra Daniel Powers, it's all about telling the whole story.

"It's really important that we hear the complete song once in a while, because if we just hear the first verse by itself we're missing out on the complete story," Powers said.

Recently, David Bowden of the Carmel Symphony Orchestra commissioned a full arrangement of "The Star-Spangled Banner" from Powers, featuring orchestra, chorus, and all four verses. Powers, who also teaches composition at Indiana State University, said that he was hoping to redress the public's unfamiliarity of the entire poem with his arrangement.

For Powers, the art of arranging is no different than his other work as a composer. "Arranging is just a specific form of composition," he said. "You want to bring all of the same skills to an arrangement that you would to an original piece."

Key's original poem has four verses, although today, we really only ever hear the first:

O say can you see by the dawn's early light,

What so proudly we hailed at the twilight's last gleaming,

Whose broad stripes and bright stars through the perilous fight,

O'er the ramparts we watched, were so gallantly streaming?

And the rockets' red glare, the bombs bursting in air,

Gave proof through the night that our flag was still there;

O say does that star-spangled banner yet wave,

O'er the land of the free and the home of the brave?

On the shore dimly seen through the mists of the deep,

Where the foe's haughty host in dread silence reposes,

What is that which the breeze, o'er the towering steep,

As it fitfully blows, half conceals, half discloses?

Now it catches the gleam of the morning's first beam,

In full glory reflected now shines in the stream:

'Tis the star-spangled banner, O! long may it wave

O'er the land of the free and the home of the brave.

And where is that band who so vauntingly swore

That the havoc of war and the battle's confusion,

A home and a country, should leave us no more?

Their blood has washed out their foul footsteps' pollution.

No refuge could save the hireling and slave

From the terror of flight, or the gloom of the grave:

And the star-spangled banner in triumph doth wave,

O'er the land of the free and the home of the brave.

O thus be it ever, when freemen shall stand

Between their loved home and the war's desolation.

Blest with vict'ry and peace, may the Heav'n rescued land

Praise the Power that hath made and preserved us a nation!

Then conquer we must, when our cause it is just,

And this be our motto: "In God is our trust."

And the star-spangled banner in triumph shall wave

O'er the land of the free and the home of the brave!

The first verse is the most tentative and uncertain. "[It] takes place in the middle of the night," Powers said, "where the person who is telling the story, presumably Francis Scott Key himself, is wondering whether the United States forces have fallen to the invading British Army."

We're used to hearing this first verse performed in a triumphant manner, especially at the end. But as Powers notes, "the first verse actually ends with a question, which is, is the flag still flying? And if the flag is not flying that means we've lost. If the flag still is flying that means the opposite, we've been victorious. But of course, it's the middle of the night, he can't see."

Powers tried to set the music to this first verse accordingly. Following a fanfare introduction for antiphonal brass (that just means groups of brass instruments-trumpets, trombones, etc.-placed on either side of the auditorium), the men of the choir enter with the melody softly and unadorned in unison.

"If anybody happens to hear my arrangement and doesn't know the intent behind it, they might be surprised, because we're used to hearing it sung in a proud, patriotic, full-voiced version wherever we hear it," Powers said. "And my arrangement, that first verse, I've tried to make it sound as tentative and anxious and fearful as I could."

That question-is the flag still flying-is answered in the second verse, and Powers wrote an orchestral interlude that represents the rays of the sun shining on the flag, followed by the full choir.

Powers' setting of the third verse is the most cinematic. The text is evocative: scenes of the battle and images of British Army's blood being washed out by footsteps. In this verse, Powers used constantly modulating harmonies, along with sharp, staccato brass writing and aggressive string bowings to represent the battle.

The way we are used to hearing "The Star-Spangled Banner"-that proud, patriotic, and full-voiced version usually heard before sporting events-finally comes in Powers' setting of the fourth verse, with full choir and orchestra, followed by a return to the antiphonal brass from the introduction.

In the poem, it's this verse, not the first, that's the real triumphant verse. The battle is over, the flag is waving, and will continue to wave, ending not with a question, but an exclamation.