Have Violin, Will Travel 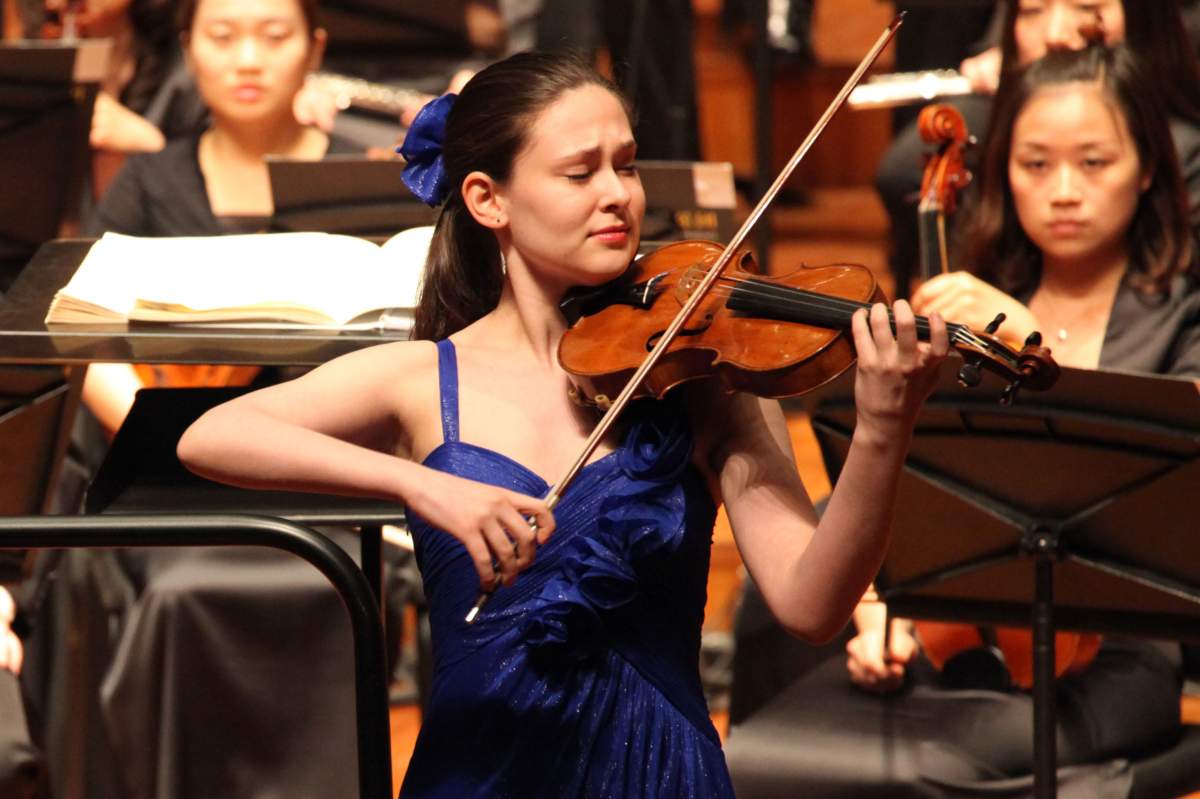 Violinist Ariel Horowitz is just sixteen, but she and her violin have already logged a lot of miles.

She and her mother moved from Suzuki lessons in Washington, D.C. to studies with the concert master of the Columbus Ohio Symphony. Then there was commuting to Bloomington to study with Mauricio Fuchs and then further studies in Bloomington and membership in Mimi Zweig's Violin Virtuosi.  So Horowitz was already a pretty well traveled young lady even before last spring's trip to China.

"The Menuhin Competition is probably the biggest and most prestigious competition for young people in the world," says Horowitz. "It's kind of like the Olympics. It moves to different cities every other year. I applied for the junior section, which is ages fifteen and under. And I was really excited to get in. Out of a pool of two hundred and thirty kids they selected twenty. That was a big honor for me. "

The competition itself was a demanding one. "I had a big repertoire, Bach, Wieniawski, a Mozart sonata, Dvorak romantic pieces, a modern Chinese piece that was commissioned for the competition, "Spring" from the Four Seasons by Vivaldi, and then I improvised. It was a lot to learn."

Following the summer, this fall Horowitz continued her travels." In November,  I played the Mozart Concerto No. 3 in Germany with an orchestra. And also this fall I traveled to play on "From the Top," an NPR program hosted by Christopher O'Riley. I got to collaborate with him. He's a really amazing person. It was exciting. So, yeah, lots of traveling."

When Horowitz isn't traveling with her violin she's working with it.

Another focus of Horowitz's playing is improvisation. "It's great to improvise. It's really liberating There's like no notes written on the page, so you just kind of roll with it and its great. It's so much fun. And, I think that since I started improvising a lot more, I've been a lot more creative with the standard repertoire. It's allowed me to kind of see different things in the music that I wouldn't have seen before, to wonder what if he had written it this way, what if he had written it that way, what if he had done something different here. It's been a great experience to sort of become more creative."