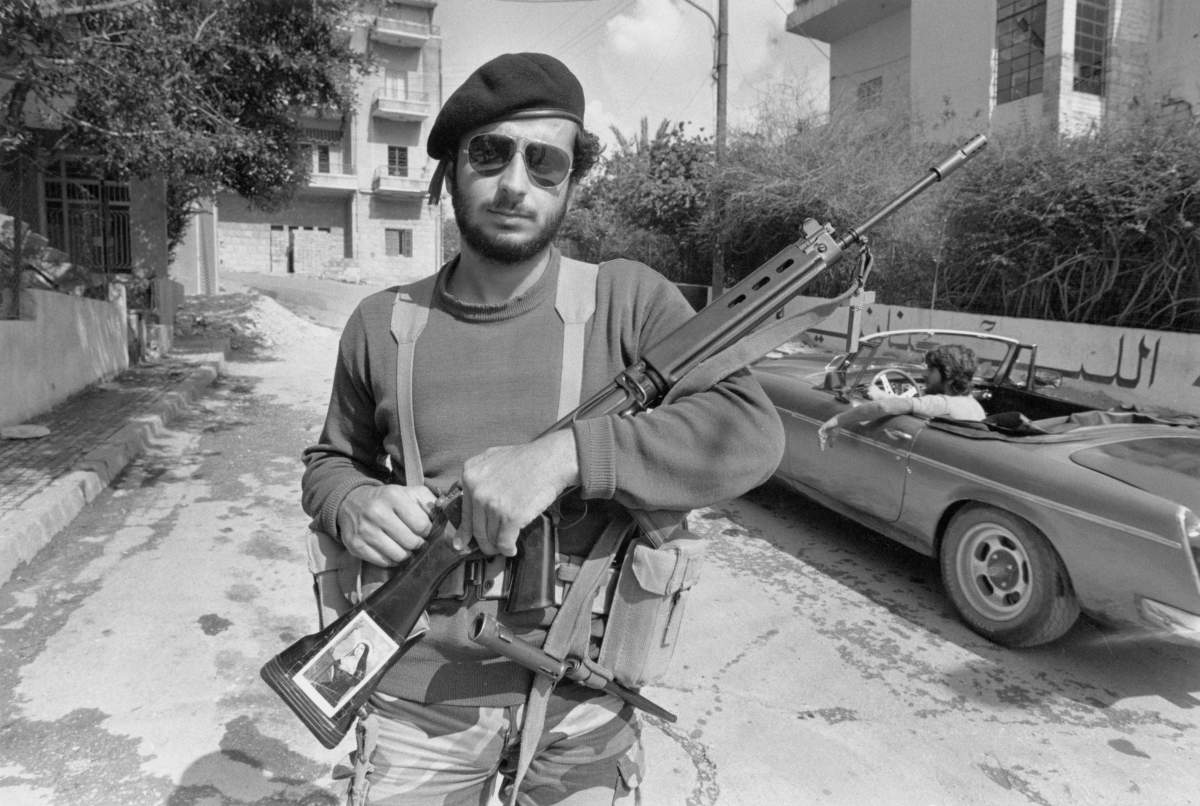 For many people around the world, the picture of life in the Middle East in the 1970s and '80s was informed by the prints a native Hoosier was wiring back to the Associated Press and Time magazine. Art Meets News, currently on view at the Indiana State Museum, showcases the work of photojournalist Bill Foley. Foley's work in 47 countrieswith an emphasis on the Middle Eastas a news photographer and for such charitable organizations as Save the Children has been recognized with the Indiana University School of Journalism Distinguished Alumni Award, the International Press Freedom Award, and the Pulitzer Prize.

The pictures Foley took from 1978-90 in the Middle East are at the heart of Art Meets News, which is book-ended with the photographer's early work in Indiana, and his later work for non-profits and the movie industry. Katherine Gould, the museum's associate curator of cultural history, spent 18 months paring down Foley's output to a selection of 100 vintage prints to display alongside his equipment and personal effects.

"This is my passport," Foley says, gesturing toward a glass case. "This is shrapnel that didn't get to me, these are my journals, this is money from Israel, Iran, Syria."

This is my passport. This is shrapnel that didn't get to me.

"This is my hotel room, after a car bomb in Beirut," he explains.Â "I was downstairs in the basement of the hotel with my transmitter when this car bomb went off in the parking lot.Â When the bomb went off, all this glass and crap went through the window over my head;Â and when I got to the room, there was this shard of glass that went through the headboard.Â If I'd been sitting there reading, that would have been the end of me."

In another shot, we do see Foley relaxing in bed. Six years before he could have been blown to bits in Beirut, he was sleeping in another makeshift situation-

"This is outside the darkroom in the basement of the yearbook office, in the summer of '77," he explains.Â "There's all my stuff in the shelves, and my books are in the filing cabinet, and back in the old days everyone smoked, so there's the ashtray and the cigarettes."

At the time, Foley was a student photographer for the Indiana University Arbutus. "I was paying for classes," he explains, "but that's all I could do."

The World's Going To End At Midnight

Camping out near the news got to be a lifelong habit for Bill Foley. The following year he had a job photographing chroma-keys at Channel 8 in Indianapolis. One night, he was keeping late hours in the darkroom, when he ran into the weatherman-

So I'm walking down the hallway," he recalls, "and Stan Wood the weatherman is shaking his head and mumbling, 'Oh, the world's going to end at midnight.Â The weather's going to come in, we're going to have snow, it's all going to end.'Â So I hung around the office, and at midnight, it did come in.Â And so when the Channel 8 camera guys went out, I went out with them in their four-wheel drive vehicles. And so we were on 465, watching the National Guard pulling people out of cars. And then, we came backwe were out all nightso about four o'clock in the morning, we go back to the office and I do some processing in the darkroom and then I calledÂ the AP office, and I say, 'Where's Chuck Robinson [the AP photographer]?' And they said, 'Chuck's snowed in,' andÂ I said, 'Well, How about that? I've got pictures.' And they said, 'Come on down.'

In the show, we see the shot Foley took on his walk through the snow to the AP office in downtown Indy. From the blizzard of 78, Foley headed for the desert, using his intuition as a compass.Â Â "Any journalist does thatyou're in a fluid situation," he explains. "It's a moving target so you have to think on your feet. What could happen next, what could not happen next."

Foley's sense of timing served him well in Cairo, on October 6, 1981. Foley photographed Egyptian president Anwar Sadat beaming at the new jets flying overhead during the annual victory parade, just moments before he was gunned down on the grandstand. In the show, we get to see the print Foley wired along with its caption to AP. Sadat's Last Smile appeared on the cover of Time magazine that month, and still has the last word in the visual lexicon-

"If they do a story on Sadat," Foley asserts, "this is the picture they use."

Foley had a knack for being in the right place at the right time. He relied on it during the late summer of 1982

There was peace breaking out all over Beirut," Foley recalls, "and Bachir Gemayel [president of the right-wing Christian Lebanese party] was going to be elected president, and he was. And I go to Cairo, to pack up my apartment, to actually move to Beirut, and I'm in Cairo when Bachir is assassinated. So I call up my office in London and say, 'I've gotta go back, because it's going to get ugly.' And I was right. I hate being right.

Foley's bittersweet talent landed him in a position to document the ensuing massacre of thousands of Palestinians and Lebanese Shiites.Â He remembers firstÂ walking into the camp

You look around and you say, â€˜Look, piles of garbage,' and it takes your brain a nanosecond to realize, that's not garbage, it's corpses.

So we park the car outside the gate and we walk into the camp, and I don't know if you've even been in a refugee camp, but [usually] the noise level iswomen screaming, and dogs barking and kids yellingand we walked in and you could hear your heart beat. And so you look around and you say, â€˜Look, piles of garbage,' and it takes your brain a nanosecond to realize that [it's] not garbage, it's corpses.

The photos Foley took of the Sabra and Shatila Massacre were awarded the Pulitzer Prize for Spot News Photography in 1983. Learning about the award was another case of grim coincidence-

Convincing people on the other side of the world about the reality of things has been a big part of Foley's enterprise.Â "I just like to document the human condition," he explains, "and tell you about people you don't know."

Bill Foley is currently Assistant Professor of Fine Arts at Marian University in Indianapolis.Â In 2013 he was awarded the Indiana University School of Journalism Distinguished Alumni Award and was named to the Shortridge High School Hall of Fame, joining authors Kurt Vonnegut and Dan Wakefield, along with former Senator Richard Lugar.