Apropos of Nothing by Greg Kalleres 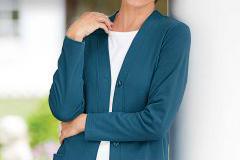 Greg Kalleres's Apropos of Nothing at the Bloomington Playwrights Project is this year's Reva Shiner Comedy Award winner. The BPP always comes up with a new welcome for the audience and a salute to the sponsors. This show features a mute Associate Artistic Director Ben Smith as he's directed by a neutral voice outlining four basic steps of a good curtain opener. Smith is a good actor and his struggles to follow the directions met with good natured laughter.

The opening scene of Apropos… is a bit hard to grasp, but it gradually becomes clear that it's a professor in an office with a student. Bridget Haight is Professor Rebecca. She's teaching freshness and engagement in writing. She's frustrated because Felix Merback as Jacob, her smitten student has decided that a composition filled with clichés has a power of irony. He's quite good at marshalling and defending these chestnuts. If Catch Twenty-two was your favorite book in college, this show is for you.

In the next scene a drunken wedding guest Owen, Patrick Weigand rapidly rambles on to a shadowed monosyllabic, gravelly-voiced listener about the uneasy nature of love. Owen's in a long affair with Professor Rebecca. He describes it as being in and out of love in a roughly four-day cycle, with two of love, one of indifference and one of actual dislike. When he's in love, he dreads that he'll be out of love. When he's out of love, he hangs around because he believes that he'll be in love again.

However, there is an exception. Owen saw a shared moment between their married friends Martin and Lily he was so moved and wanted to be in on it. Since that night, he's carried a notion of pure, transcendent uninterrupted love that he compares to all others. So we have Apropos's …twin themes, baseless iron and the ups and downs of real love compared with its ideal. Naturally, Owen swears his listener to secrecy and naturally Dave tells someone and that someone tells someone and it gets back to Martin, Paul Daily.

Martin, a sympathetically thoughtful Paul Daily is aghast that Owen, his best friend...the second best man at his wedding eight years ago is in love…however unannounced and platonic…with his wife Lily. By this time, we're all eagerly awaiting Lily's appearance and Ashley Dillard's multifaceted Lily is more than worth the wait. Lily is mostly content with her life with Paul. Gradually, Dillard skillfully peels away at Lilly's complacency. She may catalog Martin's habits that might upset another partner, but despite her escape to adopting strategies from a friend's therapy sessions and her retreat into knitting cardigan after cardigan, she's to herself satisfied and to us in a complexity of denial.

Now Apropos… is a comedy and there's actually quite a bit of laughter. Kalleres skillfully builds the rising action towards a climax. Rebecca loses her job when she was caught having sex with Jacob during office hours. She's also moved out of her apartment and she's bunking with Jacob and his collection of transformers. This leaves her on-again-off-again boyfriend Owen out in the cold. He's bunking on a futon at Martin and Lily's home. In between pauses in a televised procession of Ken Burn's Civil War documentary, Lily and Owen explore their possible relationship.

Martin is devastated by their progress and his ensuing confrontational conversation with Lily actually leads her to a violent response that draws blood. Following the necessary repairs, Martin is packing to leave and wanders through a verbal storm of cliché's, whose potential for irony leaves even Jacob in awe. I won't spoil the wrap up for you, but the couples do get more or less unhappily back together and Jacob is left to work out his own delayed adolescence.

Greg Kalleres Apropos of Nothing directed by Jonathan Michaelsen at the Bloomington Playwrights project plays through February 2nd. The neat three level set with magically appearing and disappearing furniture courtesy of props master Barb Steininger is by David Wade with costumes by Claire Stebbins.