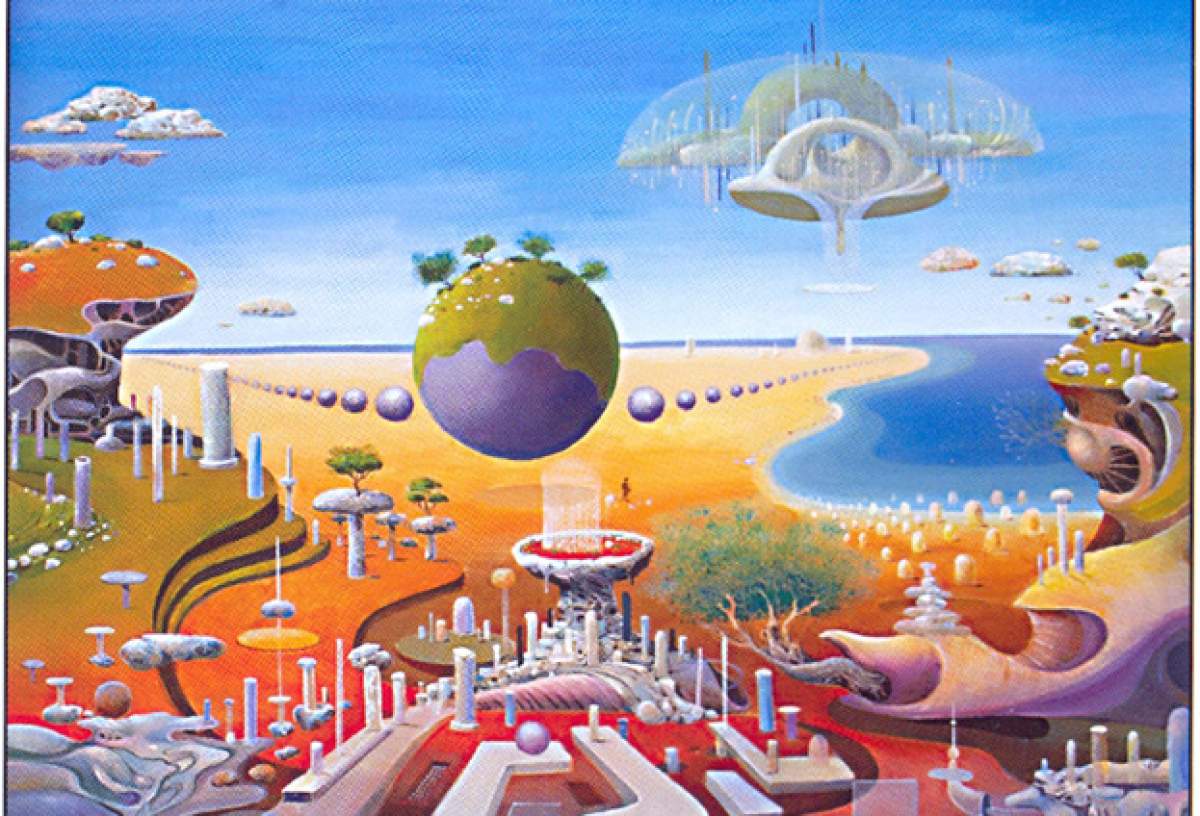 The human longing in live in harmony and equality has inspired a vision of the city as utopia since Plato's Republic- and the dangers and paradoxes of enforcing ideal order upon human imperfection have been engaged with under the name "utopia" since Thomas More coined the word ("No Place") in 1516 for his fictional state. In speculative fiction, the "dystopia" is often a failed experiment in utopianism, with the ruined city a visible reminder of failed empire.

Readings for this episode:

â€¢ The two excerpts from Thomas More's "Utopia" are read by Frank Buczolich.

â€¢ "The Utopian" by the Vietnamese poet NgÃ´ Tá»± Láº­p, translated by Martha Collins, comes from his first book to be published in English, Black Stars (Milkweed Editions, 2013). Berklea Going reads in English, with the poet reading his original poem in a composition that departs from the Hanoi airport, with the poem coming from a loudspeaker.

â€¢ "White Poplar Village" is an entry from A Dictionary of Xinjiang by Shen Wei that appears among selections in Chutzpah! New Voices from China (University of Oklahoma Press, 2015). Michael Perry reads. Rendering this expansive prose work into English is an ongoing project for translator Eleanor Goodman. (The Anthology crew begs patience for our sincere if unschooled efforts at pronouncing the Chinese names in this episode.)

â€¢ "The Strange-Looking Man" by Fanny Kemble Johnson, read by Shayne Laughter, is the first short story about World War One to be selected for the annual anthology Best American Short Stories (1917). Not an obvious choice for a utopian theme, the fable-which reveals its setting only at the end-deals with the costs paid by individuals for the preservation of the state, where human wholeness has become a frightening anomaly.

â€¢ "The Book of Equality," a poem by Daniel Borzutzky, read by Tony Brewer, comes from The Book of Interfering Bodies (Nightboat Books, 2011). The Chicago-based poet is a favorite of the producer for his themes of social justice delivered in a run-on style that demands to be heard aloud.

â€¢ "The Errancy" is the title poem from Jorie Graham's 1997 collection, published by HarperCollins, which also includes "The Guardian Angel of the Little Utopia." Joan Hawkins reads this work of rich abstraction that challenges structures of meaning and reason.

â€¢ "Plato and the Poets" by Zhang Shuguang, translated by Haowen Ge, was anthologized in Push Open the Window: Contemporary Poetry from China, edited by Qingping Wang (Copper Canyon Press, 2011). The perpetual problem of what to do with those disruptive poets in an ideal republic â€¦ . Patsy Rahn reads.

â€¢ "City in Ashes," also known in English as "Spring in the Ashes," by the Syrian short-short master Zakaria Tamer, starts in a once-ideal city destroyed by war. The legendary couple ofÂ Shahrazade (better known as Scheherazade in English) and the king Shahriyar recur here as a sort of Adam and Eve of the city, where storytelling is an act of survival in an endless cycle of violence. "City in Ashes," translated by Denys Johnson-Davies, comes from The Hedgehog, a collection of short fiction published in 2009 by the American University in Cairo Press. Sarah Torbeck reads.

â€¢ "Old City" is another entry from Shen Wei's A Dictionary of Xinjiang, read by guest Doug Storm. An online-only coda on contemplating a ruined city.

Our theme music is "Kong" by Cyro Baptista, from his album Bluefly (Tzadik, 2016). Other music for the episode includes: "Sky," "Shadow Self," "Imaginary Cities," and "Lament" from Imaginary Cities (ECM, 2015), by Chris Potter and the Underground Orchestra; "Dream as a Means," "Aller Retour" and "Time Goes Largo,"Â from The Compass, Log, and Lead (Intakt Records, 2004) by Fred Frith; "The Circus is a Song of Praise," "Little by Little" and "A Single Street Stretched Tight by the Waters," from Backscatter Bright Blue (Intakt Records, 2015) by Fred Frith and Barry Guy; and "Sweet Chinoiserie" from The Art of the Tony Piano (Decca, 1997) by Margaret Leng Tan. Sound effects from Freesound.org.