Anthology: To End Is to Begin 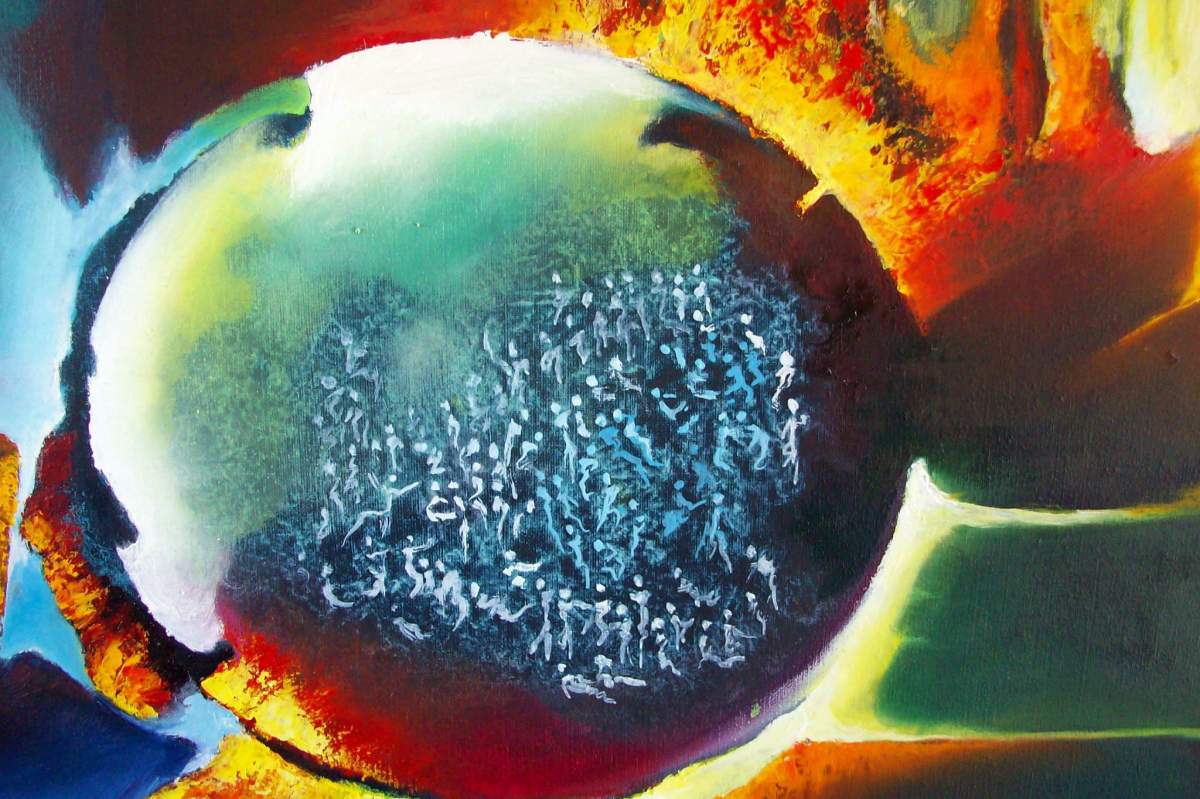 "To End Is to Begin" is the premiere episode of the new literary series "Anthology." This week, poetry and short fiction explore intersecting themes of writers and writing, endings and beginnings, and defining the borders of the self.

The opening poem, "Trouble Deaf Heaven" by Bin Ramke, is performed as a montage introducing the voice cast. The poem is a series of questions and answers evoking the philosophical conundrum "If a tree falls in a forest and no one is around to hear it, does it make a sound?" Socratic dialogue morphs into psychoanalysis, tracing the human effort to emerge from solitude and to make a meaningful connection with the world backwards to the newborn's first painful wail.

The title is a phrase from Shakespeare's Sonnet 29, which rails at a supreme being more Jove than Jehovah before accepting the mortal consolation of human love. "Trouble Deaf Heaven" also alludes to writings on their art by Max Walter Svanberg and Joseph Cornell, as well as to the English poet John Clare (1793â€“1864), whose nearly forgotten body of work was revived in the 20th century.

Socratic dialogue morphs into psychoanalysis, tracing the human effort to emerge from solitude and to make a meaningful connection with the world backwards to the newborn's first painful wail.

The short-short story "The Book of the Grotesque" by Sherwood Anderson is the foreword-and originally the title-for his 1919 story cycle Winesburg, Ohio. The white-mustachioed writer of the story is seen by some as an allegorized Mark Twain, who had died in 1910. A contemporary audience may find fresh resonance in Anderson's theme of "truths" hardening into ideology. Anderson, whose short stories were once ubiquitous in anthologies, is among the Midwesterners who dominated American literature from the 1880s through the 1920s. Frank Buczolich reads.

"A Night Among the Horses" by Djuna Barnes, read by Lauren Robert, explores class identity by reversing conventional gender roles. Best known for the lesbian novel Nightwood, Barnes was among the American Modernist expatriates whose careers flourished in the Paris of the 1920s and 30s. She returned to the U.S. in 1939, and died as a willful recluse in 1982, looked after for four decades by the arts patron Peggy Guggenheim and neighbors such as E.E. Cummings.

This week's "Anthology" concludes with three sections from the title poem of John Koethe's book North Point North. (You can read the full text courtesy of the Poetry Foundation; a good companion poem is "In the Park".) An Ivy-educated Midwesterner, Koethe teaches and publishes as a philosopher, but his reflective, relatable poems are "philosophical" in the colloquial sense, with long musically fluid lines. "North Point Point,"Â read by Frank Buczolich, Joan Hawkins, and Tony Brewer, contemplates writing, time, and age, with a surprising reference to pop culture at the end.

The Anthology theme music is "Kong" by Cyro Baptista, from his album Bluefly (Tzadik, 2016). Additional music for "To Begin Is to End" comes from: "Quattro Pezzi Spagnoli: Studio" and "Contrapunctus I" from Stefano Scodanibbio: Reinventions by Quartetto Prometeo (ECM Records, 2013; "Alisei (1986) for Double Bass" from Geografia Amorosa and Other Works for Double Bass by Stefano Scodanibbio (EMG Classical, 2011); the album Birdwatching (ECM Records, 2016) by the Anat Fort Trio and Gianliugi Trovesi; and "Quiescence" from Into the Silence by Avisahi Cohen (EMC Records, 2016). Sound effects from Freesound.org.