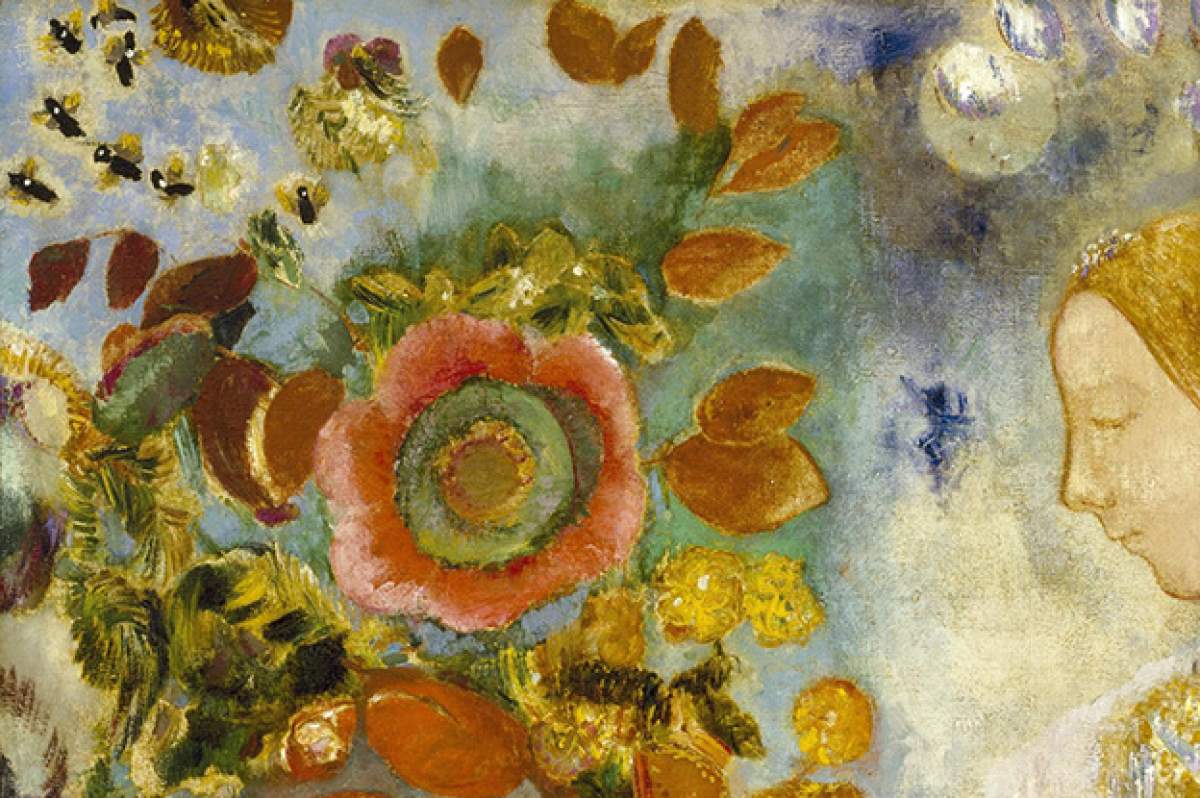 "Askew Gardens" is a two-part anthology of short fiction and poetry with unexpected perspectives on gardens and gardening.

This week's episode opens with "In Defense of Our Overgrown Garden" by Matthea Harvey, from her collection Pity the Bathtub Its Forced Embrace of the Human Form (Alice James Books, 2000). Harvey's poem is set to "Sparsam," from the album It Rolls (Intackt Records, 2015) by Katharina Weber, Fred Frith and Fredy Studer. "Sparsam" is combined with the cello-like hum of bumblebees and peals of breaking glass, in an editing composition of Berklea Going's reading that represents Harvey's enjambment and overlapping syntactical units, such as:

You can squint your eyes and shrink anything without much of

Tony Brewer reads the 600-word short-story "The Sinkhole" by Sandra Scofield, set to "Slow Spin" by Jon Balke, from the album Warp (ECM Records, 2016). You can read "The Sinkhole" online at Narrative.com.

"The Garden Party" by Katherine Mansfield (1888â€“1923), read by Lauren Robert, is the centerpiece of this week's episode. Growing up in colonial New Zealand, Mansfield embraced outsider identities, embodied by her first same-sex love affair with a Maori woman. In "The Garden Party," Mansfield draws ironically on her own privileged childhood in a story about a girl's growing awareness of class differences. An extant photograph captures the house Mansfield lived in, secure on a hill overlooking the flooded cottages of working people below.

Music for "The Garden Party" comes from the Suite floral of Heitor Villa-Lobos, performed by Sonia Rubinsky, from the album Villa-Lobos: Piano Music (Naxos, 2003); "Red Dragonfly," from Bali Healing Music (Tropical Garden Music, 2013); and "Bolide" by Jon Balke, from Warp. The period band music during the party sequence is "Dreaming Waltz" (1911), from a cylinder played on a Type A Amberola, a family heirloom shared by Brandon Suchman on YouTube.

The episode concludes with "The Secret Garden" by Rita Dove, read by Cynthia Wolfe and set to "Tendrils," performed by Ben Monder, from the album Amorphae (ECM Records, 2015). Dove's poem comes from her book Yellow House on the Corner (Carnegie Mellon University Press,1989).

The Anthology theme is "Kong" by Cyro Baptista, from his album Bluefly (Tzadik, 2016). Sound effects from Freesound.org.