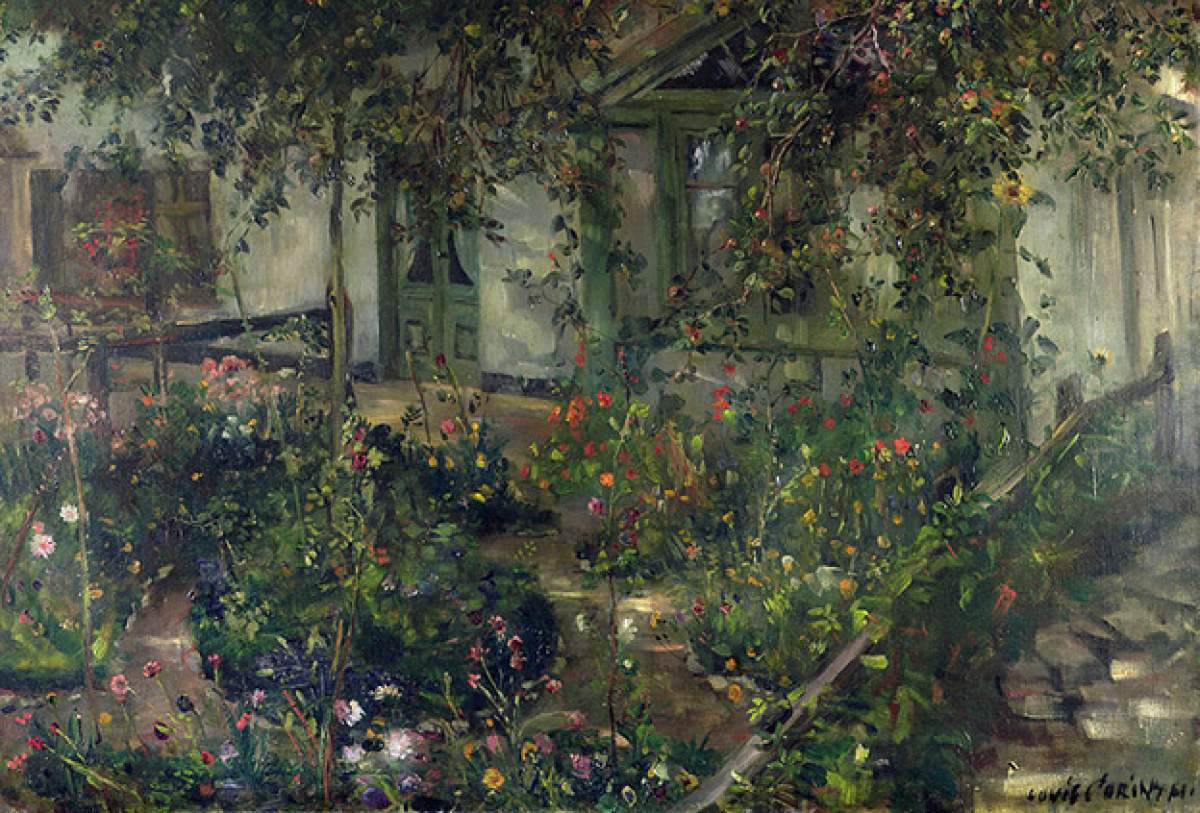 The episode opens with Patsy Rahn reading "The Sound of One Fork" by Minnie Bruce Pratt, from her poetry collection The Dirt She Ate (University of Pittsburgh Press, 2003). The reading is composed with "Song of the Phoenix, Pt.1" from the album Birdwatching by Anat Fort Trio and Gianliugi Trovesi (ECM, 2016)-and yes, if you've listened closely to the thunderstorm break we've added, that is the voice of an actual blue heron. LGBTQ definitions of Â "family" are one concern of Pratt's poems, which often reflect her lesbian and feminist activism. Born in Selma, Alabama, Pratt also advocates for workers' rights and broadly for civil and human rights. Her poem "The Fact of the Garden"Â is recommended as a companion reading for "The Sound of One Fork" and the current episode.

The anthology title "Askew Gardens" is a play on Virginia Woolf's "Kew Gardens" (1919), a visually rich short story that reads like an Impressionist painting animated by cinematic techniques. Kew Gardens in London is a monument to British imperialism, nature held in lush if uneasy tension with the "civilized" world. Some readers have placed the story during the Great War, but it may rather belong to the immediate aftermath, haunted by memories and lost loves, the trauma of war still visible in the garb of widows, with the drone of a plane overhead (and that word "drone" may read for us as a foreshadowing) reminding that the war had added a new dimension of constant threat from above.

"Kew Gardens" has no plot as such, but is a series of overheard conversations. The brief parade of human lives marches on, out of sync with the snail's pace of evolution in counterpoint to the rapid progress of modernity, the buses and planes that make us go faster than nature. The air brakes that have made an aural appearance in all three opening episodes are an anachronistic nod to Woolf's "all the time the motor omnibuses were turning their wheels and changing their gear," and the Brexit vote throws the theme of a sunset empire back into relief. Joan Hawkins reads.

When the surrealist artist and writer Leonora Carrington died in 2011 at the age of 94, she was eulogized by the New York Times as "one of the last living links to the world of AndrÃ© Breton, Man Ray and MirÃ³." The centenary of her birth in April 2017 will be marked by a couple of significant republications, a collection of early writings by New York Review Books, and a complete collection of her short fiction by the literary publisher Dorothy, including the short story featured in our program, "The Seventh Horse," a surrealist fairy tale submerging adult themes of infidelity, domestic abuse, and dark secrets. Carrington fled the Second World War in 1941, and spent the rest of her long and productive artistic life in Mexico. By 1960, she was regarded as one of Mexico's most important living artists, but was known in Europe and the English-speaking world mostly anecdotally, as the quondam lover of the surrealist Max Ernst.

All the voices you'll hear in "The Seventh Horse" belong to Renee Reed, enhanced to translate techniques of juxtaposition and exaggeration into aural effects. The introduction to Carrington draws on "Barely Saved from Drowning: The Max Ernstâ€“Leonora Carrington Affair" by Julia SalmerÃ³n from Loving Against the Odds: Women's Writing in English in a European Context; "Leonora Carrington: Visual Narrative in Contemporary Mexican Art" by Whitney Chadwick, from A Woman's Gaze: Latin American Women Artists; and Alchemy in Contemporary ArtÂ by Urszula Szulakowska, among other scholarship. Special thanks to the Leonora Carrington literary estate for permission to share this example of her work. You can explore Carrington's visual imagination in a lavish gallery of her works at the estate's official website.

The final piece in this episode was one of the inspirations for the name of Anthology's audio troupe. It's a chapter from The Secret Gardens of Mogador: Voices from the Earth by Alberto Ruy-SÃ¡nchez, the third in a tetralogy of Mogador books, each representing one of the four classical elements of air, water, earth, and fire. Born in Mexico City, Ruy-SÃ¡nchez began exploring the cultural affinities between Mexico and the Middle East-which have a historical source in the eight centuries of Arabic presence on the Iberian peninsula, as transferred to Mexico-following his first visit to Morocco in 1975, when he was in his mid-twenties.

The Secret Gardens of Mogador: Voices from the Earth reverses the legend of Scheherazade: the male narrator seeks to please a demanding, elusive lover with endless stories, reporting on daily excursions into Mogador's gardens. Importing the Chinese tradition of caged singing crickets, "The Garden of Voices" is maintained by a blind gardener for the purpose of nourishing and diversifying the insect voices. But as with all four pieces in this week's program, desire or eros in the broadest sense is the aching, complicating motive. Frank Buczolich reads.

The broadcast version of "The Garden of Voices" was slightly abridged, but you can hear this selection in full in our online presentation. Many thanks to Rhonda Dahl Buchanan, the English translator of Ruy-SÃ¡nchez's book and director of the Latin American and Latino Studies Program at the University of Louisville, for all her help in providing background and our sample of the author reading his work in the original Spanish.

Music for the episode comes from Quattro pezzi spagnoli and Canzoniere messicano by Quartetto Prometeo from the album Stefano Scodanibbio: Reinventions (ECM, 2013); "A Beautiful Thing to Forget" by Fred Frith, Stevie Wishart and Carla Kihlstedt, from the album The Compass, Log, and Lead (Intakt Records, 2013); and Oltracuidansa (Mode, 2010) and Alisei for Double Bass, from Geografia Amorosa and Other Works for Double Bass (EMG Classical, 2010) by Stefano Scodanibbio. Our theme song is "Kong," from Cyro Baptista's album Bluefly (Tzadik, 2016). Sound effects from Freesound.org.