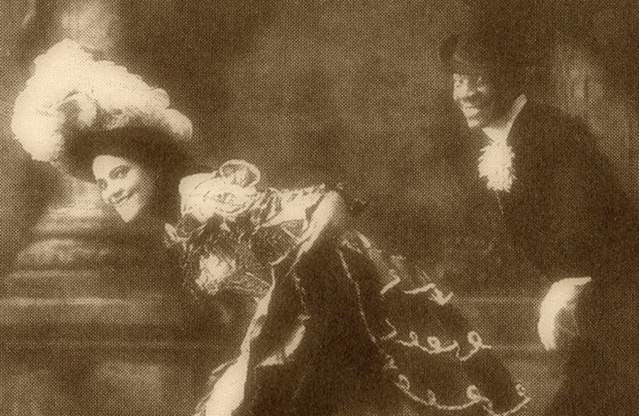 Ann Petry (1908–1997) was the first African American woman to sell a million copies of a novel (The Street, 1946), and while her writing was always well-regarded by critics, she remains one of the most underappreciated fiction writers in all American literature. For this special Anthology episode, Renee Reed reads Petry's story "Has Anybody Seen Miss Dora Dean?" First published in The New Yorker in 1958, the story was collected in Miss Muriel and Other Stories in 1971, to be reissued in 2017.

"Has Anybody Seen Miss Dora Dean?" is a compressed and nuanced exploration of race, class, and sexual identity across three generations in two middle-class African American families, from the Gay Nineties through their successful weathering of the Great Depression. The first-person narrator, drawn from autobiographical elements, revisits her childhood impressions of the couple John Forbes and Sarah Trumbull. Forbes is a butler; Sarah, twenty years younger, is a Baptist minister's daughter who scandalizes the community with her dancing and "whorehouse music," now known as ragtime.

The narrator sees them as the local embodiment of the legendary vaudeville dance duo Dora Dean and Charles Johnson, who came to fame and challenged color barriers in the 1890s. White critics often viewed the cakewalk as a vulgar, even immoral dance form, but with their elegance and expensive costumes, Dean and Johnson elevated the art and presented themselves as cultural royalty. Several songs were written about Dean, and the title of Petry's story is a song that Forbes whistled to express his own quest for style and dignity amid a lingering plantation mentality transplanted to the liberal North. The narrator as a child finds him "uninteresting," but when his carefully crafted identity falls apart in an act of nihilism, his life becomes an unsolvable mystery through which the community questions black masculinity, female gentility, and the relation of money to class.

Music for this episode comes from African American composers, including "Caution Blues" (1928) by Earl Hines; the first movement of the solo piano version of The Deserted Plantation (1933) by William Grant Still, in a nod to Petry's description of the Wingate summer home as "an exact replica of an old Southern mansion"; and ragtime pieces including "Pastime Rag No. 5" (1918) by Artie Matthews, and "Binks Waltz" (1905) and "The Silver Swan" (1914) by Scott Joplin. The Anthology theme music is "Kong" by Cyro Baptista, from the album Bluefly (Tzadik, 2016).

Please share this recording only through a link to this page. "Has Anybody Seen Miss Dora Dean?" may not be copied, stored digitally on any other device or platform, or redistributed in any form online.

Recorded by the permission of HSG Agency as agent for the author.