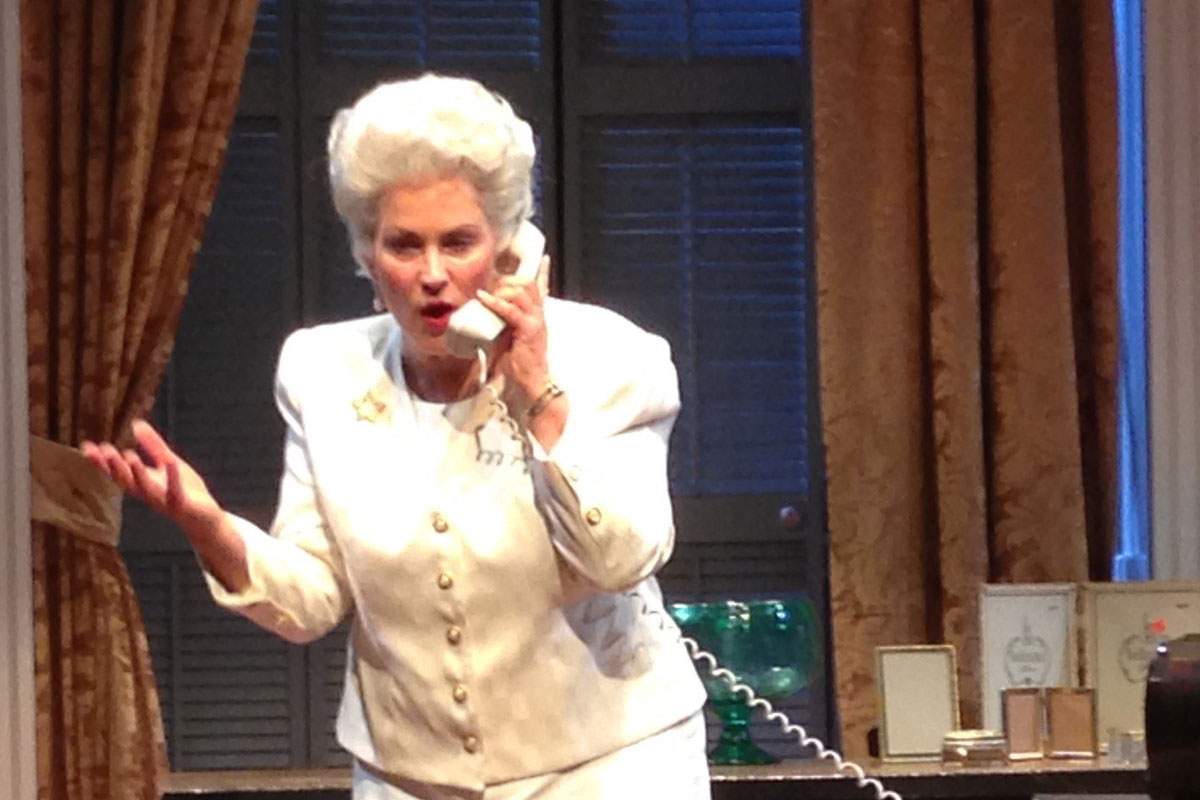 She tells the story of her own childhood with a warmly funny father balanced by a cold disapproving mother. They lived in a small segregated Texas town until they moved to San Diego where she got a large dose of multiculturalism. Throughout her account of growing up, Ann is always conscious of her high school audience and the purpose of a commencement speech. The talk is laced with amusing anecdotes and reminiscences.

Smoothly and without pausing for breath, the show's curtain opens and Ann is in the evocatively cluttered office designed by Courtney O'Neill as the governor of Texas. For companionship she has the voice that we hear of her much beleaguered secretary and the voices we don't hear of her many telephone calls. Ann talks with politicians and staff members. She cajoles, counsels, threatens and storms. With Bill Clinton, she jests and asks if an Arkansas boy and girl marry in Arkansas and divorce in Texas, are they still brother and sister? With her staff she complains, advises and inspires.

During all this we're treated to an account of Ann's great speech at the DNC where she famously described George Bush as being "born with a silver foot in his mouth." Her mother did see it on TV, but was more impressed that she'd gotten to meet the local weather man.

While Ann Richards is at her desk attending to the fine details of running Texas and signing bill after bill, she's also on the phone with her four children organizing a family get together right down to who brings the ham, who brings the turkey and who makes the pies. Diane Kondrat credits her director Mary Beth Fisher for helping with who the callers are and how Ann Richards would treat them. Throughout Mike Price's sounds and projections enrich the production.

Ann finishes as it began with Ann Richards wrapping up her commencement speech with a few warm words of wisdom. Saturday night's audience  graduated to give Ann and Diane Kondrat a standing ovation.